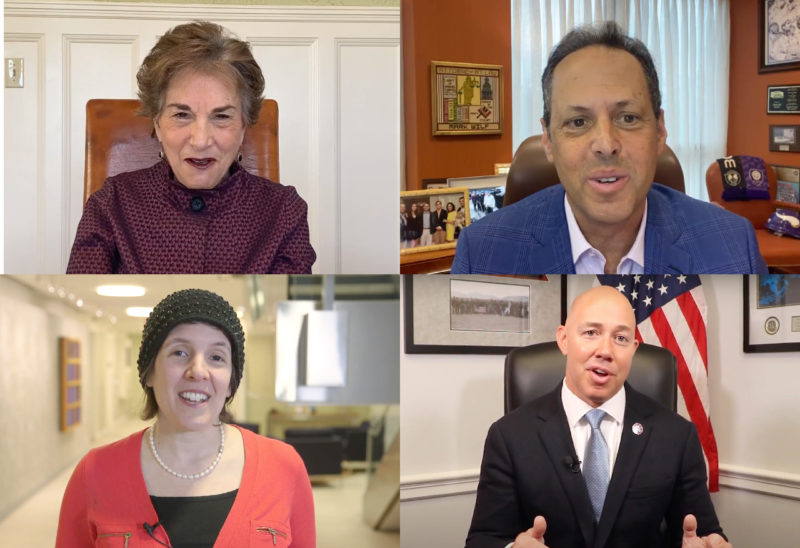 Ali Stroker, the first actress to use a wheelchair on Broadway, and Paralympian high jumper Ezra Frech were on hand to celebrate The Jewish Federations of North America’s 12th Jewish Disability Advocacy Day (JDAD), a virtual program engaging diverse communities across North America to break down barriers to opportunity and inclusion for those with disabilities.

Members of Congress, disability advocacy champions and experts also spoke during the event to provide a deeper understanding of inclusion efforts and the obstacles they may encounter.

The event, which included an opening ceremony on Wednesday evening and the advocacy day program on Thursday, is held annually in February, which is Jewish Disability Awareness, Acceptance and Inclusion Month.

“Inclusion and acceptance are core tenets of the Jewish faith and the Jewish community,” said Eric Fingerhut, president and CEO of Jewish Federations of North America (JFNA). “Our community is stronger when we can all sit around the table together, which is why disability advocacy is such an important part of the work federations do.”

This year’s JDAD advocacy focused on two core issues: securing an additional $150 billion in a revised Build Back Better legislative package to expand Medicaid-funded home- and community-based services for low-income individuals with disabilities and reduce long waiting lists for care; and passing the ABLE Age Adjustment Act, which would increase the age threshold for tax-favored ABLE (Achieving a Better Life Experience) accounts — designed to allow individuals with disabilities to save for and pay for disability-related expenses — from 26 to 46.

“We are a convener, connector and a catalyst for change,” he told eJewishPhilanthropy. “I have cerebral palsy and so I’ve devoted my life to improving the lives of people with disabilities, because having cerebral palsy can be frustrating and disappointing. My parents taught me to channel that frustration and depression and anxiety and all the unfortunate feelings that I was having and all that energy, [into] fighting for people who had more significant disabilities than I do.”

He added that he didn’t have to look far; Kaufman’s brother also has cerebral palsy, but is more severely affected and requires assistance with all daily activities. An estimated 61 million American adults live with a disability, Kaufman noted.

There are two steps that organizations can take to move toward being more inclusive of people with special needs relating to disability, he said. “The number one thing is to set aside money in the budget for disability-related accommodations, because oftentimes people are frazzled and surprised when somebody requests ASL interpreting or captioning because they didn’t budget for it. Ideally an entity would expect there’s a certain number of people who are going to request the accommodation and have money set aside.”

In terms of the second action, Kaufman invokes what he called the disability rights maxim: “nothing about us without us,” meaning that when organizations consider what would benefit people with disability, “be sure to ask, because for too long other people have made decisions for people with disabilities and that’s what we’re trying to change.”