From the Mythical to the Real

Israelis need to change their relationship to Diaspora Jewry

Because Israel is a country founded on ideological grounds, ideological, ritualistic and symbolic statements and gestures occupy an integral part of its political discourse. What, of course, is missing from the Israeli relationship to the Diaspora Jews is concern for, interest in or knowledge of real flesh and blood Jews with lives, loves, interests and passions.

Israelis must change their relationship to Diaspora Jews — from the conceptual, ideological and symbolic to the concrete and actual. They must start thinking about them not as an abstract construction that plays an ideological role but as actual flesh-and-blood people with concrete human and Jewish lives. Such a shift may provide an answer to the rifts that have opened up between Jews in Israel and Jews in the Diaspora.

When Israeli Jews are asked about the nature of their connection and commitment to the Jews of the Diaspora, they answer (in various formulations) what they have been taught in school: If Jews abroad are persecuted or in harm’s way, Israel has an obligation to intervene and bring those Jews to Israel (where they essentially belong). This understanding reflects the nature of the legitimacy of the State of Israel. In contrast to the Diaspora, where Jewish life can be precarious and dangerous with a very fogged-in future horizon – due to either of the twin monsters of antisemitism and assimilation — Jewish life in Israel represents a sovereign people living in its own land and taking its destiny into its own hands. The Diaspora represents the “negative” alternative path of Jewish life – the path that has no future. The Diaspora is important to Israelis as a concept that plays an ideological role in justifying the Jewish state. 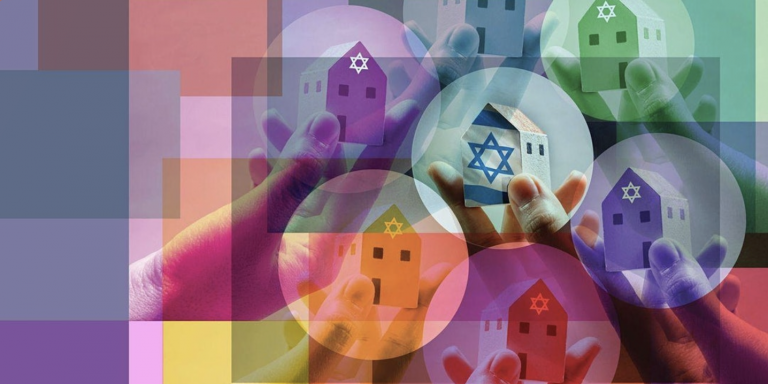 The position of Diaspora Jews in Israeli ideology is similar to the position of the Jewish people in Christian theology. According to St. Augustine, Jewish humiliation and suffering caused by their rejection of Jesus “proves” the truth of Christianity, so Jewish precarity in the Diaspora “proves” the truth of Zionism and the State of Israel. Just as Augustine wrote that Christians, for that reason, cannot eliminate the Jews, Israel needs the continued existence of the Diaspora, which it can imagine saving, helping or rescuing. The Diaspora is important to Israel not because of the donations Diaspora Jews make to the state (a tiny fraction of Israel’s contemporary GDP) and not only because they help secure diplomatic and military support. Israel needs the Diaspora on the conceptual, ideological and symbolic level.

Because Israel is a country founded on ideological grounds, ideological, ritualistic and symbolic statements and gestures occupy an integral part of its political discourse. What, of course, is missing from the Israeli relationship to the Diaspora Jews is concern for, interest in or knowledge of real flesh and blood Jews with lives, loves, interests and passions.

In a recent project of the Jewish People Policy Institute (JPPI) Dr. John Ruskay of New York and I engaged over 300 Jewish leaders from around the world in dialogue on the implementation of Article 6 of the 2018 Basic Law – Israel the Nation-State of the Jewish People (itself a largely symbolic, ideological document). With Article 6, the State of Israel has constitutionally obligated itself to act to advance the ties between Diaspora Jews and the State of Israel and to preserve Jewish heritage in the Diaspora, that is, to advance Jewish education in Diaspora communities.

In almost every one of the 16 discussion sessions we convened, there were participants who argued that instead of the State of Israel (presumptuously) working to advance Jewish education in the Diaspora, Israel should look to its own backyard. It should advance Jewish education in Israel and especially education about Diaspora Jews and their communities. Again and again, engaged Jews from North America expressed the opinion that Israelis know nothing about the Diaspora and they basically don’t care. Many of these participants have been to Israel numerous times and have Israeli family and friends. And they are not stupid; they recognize Israeli indifference for what it is.

They acknowledge the political, ideological and religious differences between the non-Orthodox liberal majority of North American Jews and the Israeli population. Nevertheless, they expressed an eagerness for dialogue, connectedness and mutual understanding. They believe that such dialogue should be based on Israelis recognizing Diaspora Jews and learning about their lives just as they try constantly to learn about and understand Israel.

Diaspora Jews, too, have also not been entirely free from a symbolic, conceptual grasp of Israel. When Diaspora Jews embraced and “fell in love” with Israel in 1948 and 1967 their focus was to a large extent on the very fact of the Jewish state, not necessarily on the concrete reality of the state. It was the very creation of a Jewish state that so excited Diaspora Jews and Jewish leadership after the persecutions of the 19th and 20th centuries, the Holocaust and the indignities of exile.

However, this symbolic or ideological grasp of Israel is becoming less and less viable. In all our sessions younger participants referred very little to the common “mythic” events of Jewish history such as the Holocaust or the founding of Israel and were instead more focused on the actual conditions of their lives, whether in Israel or the Diaspora. As a result, a majority of younger participants, both Israeli and American, saw “a great distance between Israeli and Diaspora Jews.” This sense of distance between Diaspora and Israel feeds an alternative, negative conceptual and ideological grasp of Israel – that it is a white colonialist state bent on subjugating and exploiting the “indigenous” population.

Israel would do well to heed the call of Diaspora Jews to base relations on up close and personal contact between human beings. Israel no longer needs an ideology of “negation of the exile.” It is a living, thriving state of nine million people. A relationship based upon mutual knowledge, interest and curiosity between people can counter negative stereotypes and mythical ideas about Israel. While acknowledging the experiential and conceptual differences between a Jewish majority and a Jewish minority, it can herald a new synergy between communities for the benefit of the entire Jewish people. That synergy, however, has to be based on genuine mutual knowledge and interest. The Ministry of Education would do well to create and implement in the Israeli school system a genuine curriculum on Jewish communities around the world today.

Shlomo Fischer is a senior fellow at the Jewish People Policy Institute (JPPI).