In light of the new Pew Study, it’s time for Jewish leaders to make amends

It is untenable to suppress scientific inquiry

The new Pew Study on Jewish Americans in 2020 is out, and there’s some good news. The Jewish population is stable and perhaps even growing. The majority of Jews participate in Jewish life in one form or another. And the Jewish population, like America itself, is becoming more racially and ethnically diverse. According to Pew, “Around nine-in-ten Jewish American adults (92%) identify as non-Hispanic White, while 8% identify with other racial or ethnic categories. Among Jews ages 18 to 29, however, the share who identify as a race or ethnicity other than non-Hispanic White rises to 15%.” Nearly 30% of Jewish adults under the age of 30 live in households with at least one person that is Black, Hispanic, Asian, or another ethnicity.

This trend is good news for the American Jewish community. We must rise to the occasion and ensure our community is more inclusive of its diversifying population. 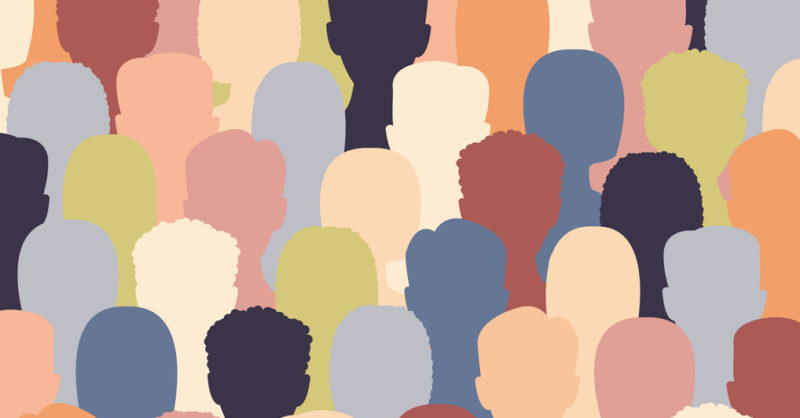 But we also must be honest and accurate. Just over a year ago, two highly respected Jewish demographers, Ira Sheskin and Arnold Dashevsky, wrote an essay in the pages of eJewishPhilanthropy arguing that a recent survey commissioned by the Jews of Color Field Building Initiative almost certainly inflated the numbers of Jews of Color. Sheskin and Dashevsky were social scientists doing social science. Their fealty is not to a cause, but to the truth. And for being good social scientists they were publicly pilloried and labeled racists by many in the Jewish community they had served for their entire careers.

While I understand the critics’ impulse to stand in solidarity with marginalized groups, it is untenable to suppress scientific inquiry.

The two scholars cited research, including the 2013 Pew study, the most comprehensive data set to date, that indicated that the actual numbers of Jews of Color were about 6 percent, instead of the 12-15 percent claimed in the other study. There was an immediate outcry over what was perceived as disempowering and erasing Jews of color. Progressive groups launched a petition drive, garnering more than 2,500 signatures, decrying the supposed sins of the authors. Leaders of the Reform movement accused the authors of “white intellectualism” and erasure. It was the first time I had heard Jewish leaders, proud intellectuals themselves, use “intellectualism” as a pejorative. They argued that the article by Sheskin should never have been published.

One would think from reading these accounts that Sheskin and Dashevsky had issued a broadside against Jews of color. Nothing could be further from the truth. “Responsible planning by the American Jewish community demands recognition that not all Jews are of Eastern Europe and Ashkenazi origin, and future research on American Jews needs to be sensitive to discerning Jews of Color,” they said in the article.

Now comes the new Pew Study eight years after the first, which indicates that Jews of color now make up 8% of the community. I interviewed Ira Sheskin, the first time he has spoken on the record since the fiasco. “The 8% (cited in the Pew study) is about what we would expect given the 6% seven years ago…there’s some rounding errors in both of those numbers.”

The current Pew study absolutely vindicates Sheskin and Dashefsky’s report on the numbers of Jews of Color.

I asked Ira what it felt like to be publicly lambasted for doing what he’s always done as a social scientist. “I hope I never have to go through a period like that in my life again… there are worse things—like sicknesses.” He was especially nonplussed for being called a racist by Jewish leaders.

I was one of many people, Jewish professional leaders and scholars, who called Ira and offered support. I am ashamed to say that none of us publicly defended him and Arnold. We owe them a public apology for our lack of courage.

Those who launched and signed the petition against them, well meaning though they may have been, owe them a public apology.

Those who wrote articles accusing these two honorable scholars of racism owe them an apology. The leaders of the Reform movement, otherwise thoughtful people who care deeply about justice and fairness, owe them a public apology.

The Jewish community should celebrate our growing diversity and redouble our inclusion efforts. But we don’t need to rely on poor science and the resulting inflated numbers to do so. And we should not, under any circumstance, take aim at those who identify and report the truth.

Blessed be the scholars who bring us wisdom.

David Bernstein is founder of the Jewish Institute for Liberal Values (JILV.org). Follow him on Twitter @DavidLBernstein.