The change is driven by donor interest in an evolved form of impact investing, as the focus shifts from ESG screens to local loan programs and shareholder advocacy. 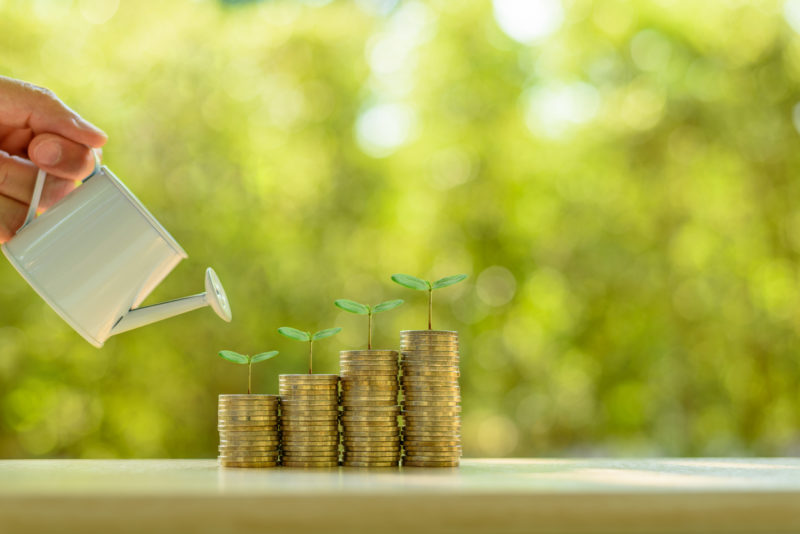 For decades, impact investing, or the strategy of investing assets in an ethical or socially minded way, sat at the fringe of the financial and philanthropic world. The practice has been tied to broadly defined environmental, social, and governance (ESG) factors, as some asset managers avoided investing in companies judged to be making a negative impact on the world, or increased investments in companies that were well-rated for ESG.

But in recent years, impact investing has come into the mainstream for both the broader financial industry and Jewish asset management, particularly for donor-advised funds. The change is driven by donor interest in an evolved form of impact investing, as the focus shifts from ESG screens to local loan programs and shareholder advocacy.

“It might be straightforward to say, ‘Well, I’m not going to invest in an oil company,’” Charlie Glassenberg, vice president of risk management and investment partnerships at the Combined Jewish Philanthropies (CJP) in Boston, told eJewishPhilanthropy. “What folks are more interested in is, ‘How can I actually take the capital and invest it in business opportunities?’”

Impact investing eludes a precise definition, as different donors can feel they are making a positive impact with different kinds of investments.

“For some [private] foundations, investing in Israel will be considered impact because it helps Israel,” said Andres Spokoiny, CEO of the Jewish Funders Network, an umbrella group for Jewish private foundations. “Others are going to tell you no, just investing in say, Waze or Mobileye is not really impact…there’s not any tradeoff between profit and philanthropic impact.”

Largely, Jewish community foundations have settled on offering impact investment programs that make donors feel they are making an immediate impact, rather than gaining long-term financial returns from financial markets. Donors aren’t losing money, however, as impact investments are often in the form of recyclable loans.

For example, the Jewish Vocational Service in Boston is part of a Massachusetts Pay for Success program, where donors can invest in service providers and have their investment repaid by the government. CJP offered the opportunity to invest in the initiative — also known as a social impact bond — to its donor-advised funds, and has helped the JVS expand services to roughly 2,000 immigrants.

In New York, the Jewish Communal Fund lets donors recommend interest-free loans over a fixed term to the Hebrew Free Loan Society. Donors pay no administrative fees on funds that are loaned. The JCF loans are recycled on several levels: the money lent to the HFLS is given out as interest-free loans to low-income families or individuals, and when the money is repaid to the HFLS, it is loaned out again to those in need.

Once the term of the original JCF loan is up, the HFLS repays the donor’s DAF in full. That donor can then choose to give the loan to HFLS again, or use the money in another endeavor. Since the interest-free loan program launched in Nov. 2018, JCF donors have given out roughly $3.76 million.

“I consider that true impact investing,” said Rachel Schnoll, CEO of the JCF. “You are making a loan directly to a person in need…in impact investing, you are frequently sacrificing some investment return in favor of whatever impact that you can make.”

Moving on from ESG screens

Meanwhile, some Jewish community foundations continue offering donors more traditional ESG screening strategies to invest their assets, though the approach is under fire in the broader financial world.

ESG ratings for companies and investment funds aren’t standardized, and labels are often subjectively given out irrespective of a business’ actual climate impact. In February, the investment firm Morningstar dropped 1,200 funds over concerns that they were falsely labeling themselves as ESG-approved.

JLens, an organization advocating for impact investing in the Jewish world, does its own screening of companies for donors to invest in, rather than relying on broader market ESG ratings. Over $200 million has been invested in the Jewish Advocacy Strategy, which rates companies on six Jewish values ranging from “Obligation to Coexistence” (Rodef Shalom), to “Support for Israel” (Yishuv Eretz Yisrael). In 2021, JLens’ list of 18 “most kosher” companies to invest in included American Express, Kellogg and Intel.

“The Jewish community is very focused on making Jewish wisdom relevant and meaningful in modern contexts and for younger generations,” said Julie Hammerman, CEO of JLens. “Impact investing provides the perfect forum for this goal.”

Impact investing in the broader financial market is shifting from seeking out ESG-approved companies, to using shareholder power to influence companies for the better. To make a difference in the world, “we have to get business on board, because in the aggregate business is more powerful than any government, and certainly more powerful than philanthropy,” said Beth Sirull, CEO of the Jewish Community Foundation, San Diego.

Under Sirull’s leadership, donors have used their DAF investments to encourage Kroger, the retail company, to improve how diversity, equity, and inclusion metrics are gathered and shared. Target, another retail company, was pushed to remove Holocaust denying books from shelves and update guidelines for selecting which products are sold.

More broadly, Sirull pointed to the high-profile revolt at Exxon Mobil, the energy company, where shareholders replaced several board members with people more concerned about climate change. And activist shareholders have been making inroads at a variety of corporate boards, setting records for ESG-related votes and resolutions this year.

“We believe in trying to shape the behavior of corporations, not in eliminating entire categories of our portfolio,” Sirull said. “That has to do in part with a philosophy around impact, but [also]…it’s harder to produce a competitive market rate of return when you eliminate an entire sector of the economy.”

Foundation professionals say that donors have been driven to impact investing by a range of factors: Traditionally, investing for asset growth was seen as separate from philanthropy, but increasingly, investing is seen as another tool to advance philanthropic goals.

Some donors are concerned about issues such as climate change, and want to use their investment dollars to address them. Other donors are looking out for the legacy they leave behind, and want to invest with Jewish values.

But not all donors are on board with impact investing. “We have a very small minority of donors who are like, never in a million years,” Sirull said. “And then there’s just a lot of people who are interested, they want to learn more. Slowly but surely we keep talking about it. We have seen an uptick in some of our constituent agencies for whom we manage custodial funds….to [have] their money invested with Jewish values in mind.”

In Boston, a quarter of DAF donors are definitely interested in impact investing, while 35% outright rejected the practice, according to a survey conducted by CJP of their DAF program. The remaining donors were lukewarm, but open to impact investing.

There is another consideration for donors: If they have to pay extra for impact investing.

“Many impact investing providers, because of the amount of diligence needed — these are not publicly traded securities, they’re not standardized agreements — have a certain fees structure that needs to be met for them to screen and then deliver for potential investment,” CJP’s Glassenberg said.

CJP’s survey showed that 63% of DAF donors prefer to do impact investing without paying extra management fees, alluding to another reason why adoption of the practice is slow. But over time, Glassenberg sees impact investing becoming cheaper and more compelling to donors.

“What we can do over time is work with [donors], and work with the outside folks who are running these impact programs to think about, how do we bring that fee structure down?” Glassenberg said. “The more folks who get involved, the cheaper it tends to get. There are some economies of scale, there’ll be some additional competition. And we’ve already…seen a lot of standardization of certain documents, which saves a lot of legal and compliance expenses.”

Advocates for impact investing see the approach as a natural match for Jewish philanthropy — and also one that the Jewish world should have taken long ago.

“It really should be a no-brainer in the Jewish world that we should invest our institutional dollars consistent with Jewish values and traditions,” Sirull said. “Often in these more progressive movements, the Jewish community leads, and in this case we’re following.”