How Jewish pedagogies can address the peoplehood problem

Inculcating Jewish peoplehood remains a struggle. What is the source of the difficulty? And what more can be done?

Despite the many (and growing) innovative programs focused on inculcating a collective [Jewish] identity, the enormous financial investment in this area for at least a generation and no lack of dedicated educators in this field – something just isn’t working. Inculcating Jewish peoplehood remains a struggle. What is the source of the difficulty? And what more can be done?

Questions about the Future of Jewish Life 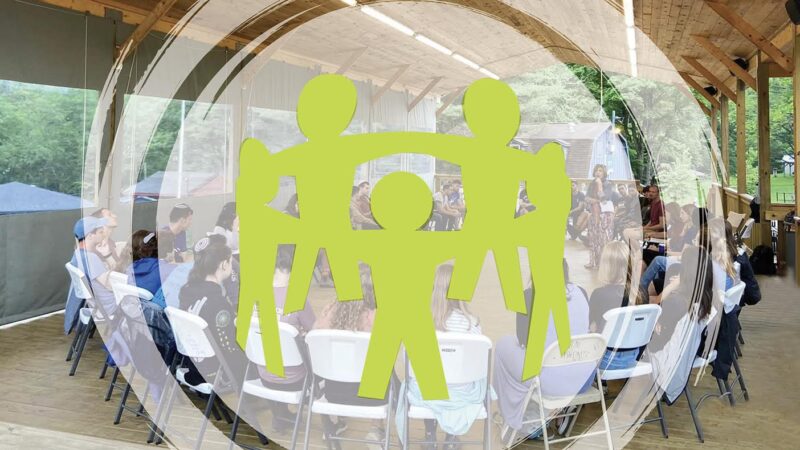 The need for a strong sense of Jewish collective belonging has never been greater. The urgency of helping young Jews develop their own sense of connection and commitment to the Jewish people, thus building a collective consciousness, is real. It is apparent in the growing polarizations of identity and commitment identified in the Pew Study of 2020, the ongoing difficulty of engaging in meaningful debate about Israel and the continuing alienation of young liberal Jews from traditional institutions.

The problems are not confined to North America. In a recent article in the Israeli newspaper Ha’aretz, Dr. Adar Cohen, an Israeli educator who was recently a shaliach (Israeli emissary) to the Reform movement in Sacramento, California shares with his fellow Israelis – for many of whom the notion of a collective identity with Jews outside Israel is a foreign one – some of his insights from his transformative experience working with liberal American Jews. He focuses on the metaphor of a family to describe the kinship – not always recognized – between Israeli and North American (and other) Jews and calls for new programs to help Israelis meet their extended family “with whom they must face the questions about the future of Jewish life in the 21st century.”

As educators with much experience in this field, we certainly agree wholeheartedly with Dr Cohen and his insights. We are also struck by the fact that despite the many (and growing) innovative programs focused on inculcating a collective identity or consciousness, the enormous financial investment in this area for at least a generation, and no lack of dedicated educators in this field – something just isn’t working. At least in the largest Jewish communities in the world, inculcating Jewish peoplehood remains a struggle. What is the source of the difficulty? And what more can be done?

Leaving the ‘What’ behind and Focusing on the ‘How’

There are undoubtedly many sources of the problem; too many to describe fully here. Rather, we want to offer a possible alternative way to approach Jewish peoplehood education that focuses on the ‘how’ rather than the ‘what.’ In a recent article Shuki Taylor and Clare Goldwater ask some critical questions about the ‘what’ of Jewish peoplehood. The article posits that one of the problems with Jewish peoplehood education is that the notion of Jewish peoplehood is so large and comprehensive it is almost meaningless, and it becomes impossible to identify what a [young] Jew should learn about in order to engage with it. Holidays, customs and religious practices? Culture, art, music? Food, history, Jewish languages? All of the above? Jewish peoplehood is such a huge and comprehensive category – how is an educator supposed to figure out what to include, what to focus on and what can hold the most potent meaning for their learners?

One answer to this dilemma, we want to suggest, is to leave the ‘what’ behind and focus on the ‘how.’ In other words, let’s focus on developing pedagogies of peoplehood that can be effective in cultivating collective identity no matter what content or information is at the center. Perhaps if we give more attention to the methods, practices and pedagogies that can transmit the concept of Jewish peoplehood, learners will absorb the idea more holistically and effectively. To understand what we mean by this approach, here is an example. Let’s say that we believe that Jewish music can be a powerful transmitter of Jewish peoplehood. Instead of constructing a learning unit focused on history or cultural roots of different Jewish music styles, a pedagogy of Jewish peoplehood built around music would understand how to use music as an educational method and use it to capture the power of music to evoke collective identity and be repeated consistently over time, bringing learners into a consciousness of collective belonging through the practice of engaging with music.

This approach is certainly experimental. It draws on the learnings of M²’s Research Fellowships in Jewish Pedagogies and Jewish Pedagogies of Wellbeing that have, over the last two years, involved 30 master Jewish educators in developing new Jewish pedagogies that draw on Jewish texts and practices, applied to multiple Jewish educational settings. To complement the theoretical work of M², we are partnering with the Oshman Family JCC’s Z3 Project, which has been at the forefront of Jewish peoplehood programming for the past 8 years. Combining M²’s work with the JCC’s “do-tank” approach creates a unique opportunity to make these pedagogies even more applicable to the real world and find multiple fields for experimentation in this field. To put this into practice, in the coming year M², together with the Z3 Project, will pilot a research fellowship on the topic of Jewish peoplehood, hoping to test this approach and – hopefully – expand the field of Jewish peoplehood education through the development of new pedagogies. This fellowship will focus on investigating, researching, identifying and developing the pedagogies that can be used effectively by educators who are interested in cultivating this Jewish collective consciousness in their learners, wherever they may be.

Clare Goldwater is chief strategy officer at M²: The Institute for Experiential Jewish Education, and the co-author, with Avraham Infeld of “A Passion for a People.” She can be reached at clare@ieje.org.

Rabbi Amitai Fraiman is the director of the Z3 Project at the Oshman Family JCC in Palo Alto, California. He is also the Founder of “Shazur/Interwoven,” an educational start-up dedicated to reorienting the conversation around Israel and Diaspora communities. He can be reached at afraiman@paloaltojcc.org.