Holocaust education and remembrance through a different lens

It is now eight decades since the Holocaust began. Holocaust survivors around the world are dying and global antisemitism is at record levels. Innovative education about the lessons of this unprecedented awful chapter in world history are more relevant now than ever before.

Last month, diverse voices came together to mark International Holocaust Remembrance Day, a commemoration designated by the United Nations in November 2005, and marks the date of  the liberation of the Nazi death camp at Auschwitz-Birkenau.

Also last month, the world watched as a man fueled by vile antisemitic conspiracy theories took hostages in a daylong standoff at Congregation Beth Israel in Colleyville, Texas. Almost immediately, across social media in the United States and beyond divisive and hateful posts began. 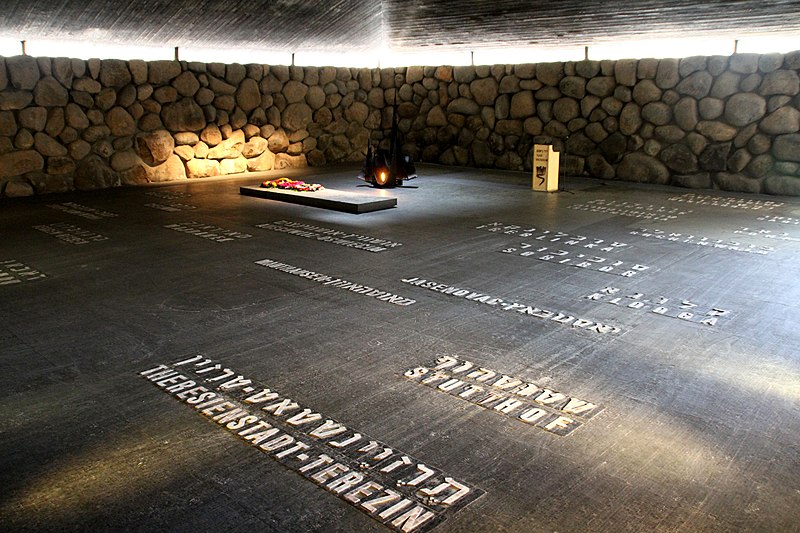 Islamist extremists in the United States, Great Britain and beyond praised the actions and motives of the hostage-taker.

Most concerning were references by both extremists to the tragedy in Pittsburgh – when 11 innocent Jewish worshipers were massacred in October 2018. Online posts wished for other attacks on American synagogues.

Throughout, there were references either praising the horrible crimes of the Nazis or outright denying the murder of 6,000,000 European Jews.

While our community grapples with the attack in Texas and increased antisemitic attacks and hate speech, we should not overlook positive items from recent months.

On a recent Monday morning, the 14.8 million Twitter followers of the United Nations official account were greeted with an important message:

“When Holocaust distortion is left unchallenged, it can lead to Holocaust denial, antisemitism, conspiracy myths and dangerous forms of nationalism. We can all do our part to #ProtectTheFacts about the Holocaust.”

Indeed, last month the United Nations General Assembly approved an Israeli-sponsored resolution condemning any denial of the Holocaust and urging all nations of the world and multinational social media companies “to take active measures to combat antisemitism and Holocaust denial or distortion.” The 193 members approved the resolution by consensus – with just the bang of a gavel – by the Assembly President Abdulla Shahid, who is Muslim. Alas, Iran was the one nation to raise concerns and formally “disassociated” itself from the resolution.

It is now eight decades since the Holocaust began. Holocaust survivors around the world are dying and global antisemitism is at record levels. Innovative education about the lessons of this unprecedented awful chapter in world history are more relevant now than ever before.

Fortunately, President Biden last month made appointments to the board of the US Holocaust Memorial Museum. The Administration also deserves praise for appointments last month to the Commission for the Preservation of America’s Heritage Abroad.

As both bodies evaluate opportunities for the year ahead and as the Jewish community reels from the attack in Texas, it is important to consider these below-the-radar, but meaningful, advances in the Middle East.

History was made in Ankara on International Holocaust Remembrance Day – led in large part by the new Turkish Ambassador H. Murat Mercan in Washington – when a formal commemoration occurred. The iconic Atakule tower was illuminated with #WeRemember.

Last November, a delegation from the Holocaust Memorial Museum traveled to the United Arab Emirates. With the assistance of Ambassador Youssef Al Otaiba in Washington, the museum leadership furthered efforts to bring Arabic language Holocaust education and awareness to the region.

It is all too easy to focus on religious differences – especially between Jews and Muslims – and on the perpetrators of evil who exacerbate these differences. This is often at the expense of the much rarer task of celebrating voices – such as these two Ambassadors – who stand up and speak out against hate and Holocaust denial and encourage their Muslim countrymen to do the same.

In the year ahead, President Biden’s appointments to the board and the commission should devote particular time to Holocaust education and historical preservation efforts in Muslim majority countries. The United Nations can stand by last month’s vote and this week’s tweet. America can lead the way and demonstrate our diversity and our commitment since our founding of freedom of religion are our strength.

Ari Mittleman lives in Pikesville. He is the author of Paths of the Righteous, Stories of Heroism, Humanity and Hope published by Gefen Publishing House in Jerusalem.