Fortifying our shared future at the General Assembly

We are expecting over 1,200 participants at this year’s General Assembly, now in its 90th year, all of whom have been invited because of the leadership roles they play in their local communities or across the North American and global Jewish community.

I’ve always been struck by the Jewish capacity not just for survival, but for adaptation and reinvention. Whatever challenges life has thrown at us, we’ve managed to persevere as a people and begin anew.

The General Assembly, which is hosted by the Jewish Federations of North America, and will gather in Chicago at the end of this month after two years of virtual conferences, webinars and nonstop Zoom meetings, will be a testament to the remarkable resilience of our community. Since we last gathered, we have weathered massive threats that no one could have predicted — not just the pandemic, but the war in Ukraine and its impact on Jewish life across Europe and beyond, along with the perilous surge in antisemitism and anti-Zionism throughout the world. 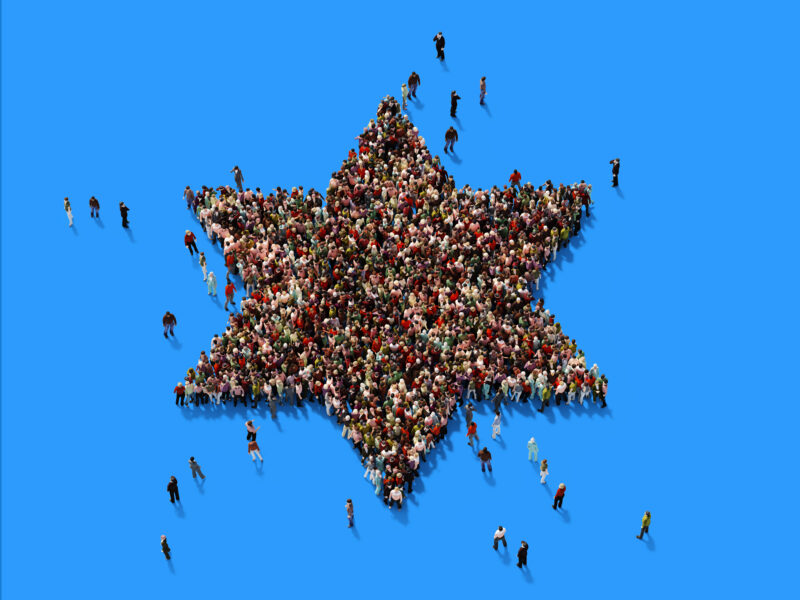 Yet as much as we have been obliged to work collectively to relieve the suffering of both Jews and non-Jews abroad, including paving the way for tens of thousands of Jews to make aliyah from Ukraine, Russia and Ethiopia, we must not lose our focus on the equally important need to create flourishing Jewish communities here at home — communities that are healthy, safe, caring, welcoming and inclusive, educated and engaged and deeply involved in the broader society in which we live.

Our communities should not need to be in a mode of perpetual crisis in order to get the resources and attention that they need to thrive. To get to that place, we must come together to learn, discuss, share ideas, innovate and set courses of action to fortify our community once again. That is what The General Assembly is all about.

We are expecting over 1,200 participants at this year’s General Assembly, now in its 90th year, all of whom have been invited because of the leadership roles they play in their local communities or across the North American and global Jewish community.

There are few venues these days in which Jews of different backgrounds, cultures and levels of religious observance come together in a space of mutual respect that fosters productive dialogue and debate. The gathering will enlist some of the most influential, insightful and inspiring leaders and activists to help us to address the most challenging issues our community faces. They include Ambassador Deborah Lipstadt, NBC News Anchor Andrea Mitchell, Tablet editor-in-chief Alana Newhouse, French intellectual and author Bernard Henri Levy, social media influencer Lizzy Savetsky, Rabbi Meir Soloveitchik and so many others, all of whom are united in their commitment not only to a better Jewish future but to a more just, prosperous and peaceful society for all.

Other speakers will tackle provocative issues of the moment by modeling constructive disagreement and preparing us to engage with multiple perspectives as we address the challenges and opportunities ahead of us. For example, one highly anticipated panel will bring together Rabbi David Wolpe, interfaith activist Eboo Patel, journalist James Kirchick and former ACLU president Nadine Strossen, all of whom have been vocal, in different ways, about the ways in which political polarization has led to the fraying of our democracy.

In our sessions, we will explore and address the mounting challenges of stemming the tide of antisemitism on social media, of empowering and emboldening high school and college students as they face a surge of antisemitism and anti-Zionism, of maximizing our use of data and community studies to increase our ability to engage underserved members of our community — from young families to older adults, and of maintaining a tight weave in our Jewish community as both the Orthodox and secular communities continue to grow.

We will touch base on some of our most important priorities, including our comprehensive safety and security program, LiveSecure, which we launched at last year’s virtual General Assembly.

Finally, we will not forget to celebrate where we have come from; we will mark both the 60th anniversary of the National Young Leadership Cabinet and the 50th anniversary of the Lions of Judah, which have been models and leadership sources for the entire Jewish world in the field of lay leader development and training. And we will lay the groundwork for the next General Assembly, to be held in Israel in April 2023 to commemorate the 75th birthday of the Jewish State, in just six months from now.

At The General Assembly, we will reconnect — to each other, to the Jewish values and wisdom that animate us, and to our own deepest hopes and aspirations for the Jewish people. We will do so in a spirit of humility, knowing that while none of us has all the answers, by working together we can overcome any challenge.

It’s been said that Jews must always look in three directions — outward, inward and upward. As we continue to look outward across the panorama of the global Jewish landscape, we must also never forget to peer inward at our own Jewish communities and their boundless potential, even as we gaze upward for inspiration to the possibilities of our shared Jewish future.

Shira Hutt is executive vice president of the Jewish Federations of North America.