Rivlin's description of Israel as divided into four "tribes" forms the foundation of a new center he will represent. 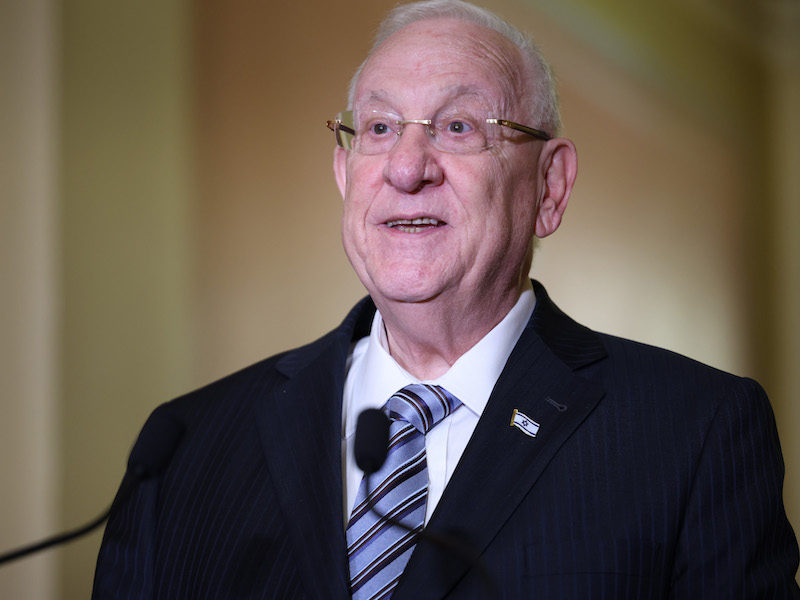 Now, eJewishPhilanthropy has learned, the concepts outlined in that speech form the foundation of a new Center for Shared Society, funded by a $21 million endowment, at the Israel Democracy Institute (IDI), a think tank focused on Israeli governance and domestic policy. Rivlin, 82, whose term ended last year, will be the center’s first distinguished fellow. The donation, one of the largest single gifts IDI has ever received, will be disbursed over three years and comes from Joan and Irwin Jacobs, the co-founder of technology corporation Qualcomm, for whom the center will be named.

Rivlin already serves as IDI’s honorary chairman, a symbolic role he assumed in September. As the center’s first fellow — a two-year position for which the former president draws no salary — Rivlin will convene meetings, work with local officials and activists across Israel, deliver speeches and consult on policy.

“I’m hoping to reinforce the Institute’s efforts to reach beyond decision makers to the broader public,” Rivlin told eJP. “To inspire Israelis and remind them of the promise of our great country. There is a huge need today for a message of moderation and solidarity throughout all the communities that make up our diverse society.”

IDI already works on the core issues the center will address: economic and social integration of Israeli Arabs and Haredim; shaping the relationship between religion and state in Israel; defining the contours of Israel as Jewish nation-state; and strengthening relations between Jews in Israel and the Diaspora Jews. The center will place those programs under one roof and provide them with additional funding, along with Rivlin’s imprimatur.

“Rivlin’s presidency became very much associated with his diagnosis that Israeli society is made up of four tribes, and it’s the mission of our generation to try and weave them together into a functioning society that knows how to respect the differences within Israeli society and is able to come together,” IDI’s’s president,, Yohanan Plesner,, told eJP this week. The issues the center addresses, he added, “require staying power. The challenge of integrating the Haredi community is not going to be addressed within two or three years.”

The center is launching at a moment in Israel when the country’s attention is on a string of terror attacks across the country that have killed 11 people over the course of a week. Plesner told eJP on Tuesday, hours after the most recent attack, that healing Israel’s internal divisions will bolster its security and help prevent Arab Israelis, who make up 20% of the country’s population, from becoming disenfranchised.

“Israel has always lived with security threats and existential threats, and has dealt with internal challenges,” he said. “If you don’t deal with the economic and social integration of Israeli Arabs, you’ll have a large section of society that feels abandoned.”

IDI aims to approach Israel’s demographic rifts, which burst open last May during weeks of violent clashes in mixed Arab-Jewish cities in the wake of intense fighting between Israel and Hamas in Gaza, through recommending incremental change rather than sweeping legislation. It supported the government’s “923 plan,” which provided billions of dollars of government funds to Israeli Arab municipalities. Regarding Haredi Israelis, IDI does not recommend legislation forcing all Haredi schools to teach secular subjects like math and English, instead working on smaller-scale programs that provide Haredi students with similar skill sets but carry less social stigma.

It’s not about one big fix; it’s about several policy interventions that take into account the current situation and work with different partners,” Plesner said. Particularly regarding Israeli-Diaspora relations, he added, “Given the rise of populism and the politicization of so many issues, there is a need for a safe haven for dialogue that can be open and allow for diverse views.”