Come forward and stand up

This week’s Torah portion is named after a man: Pinchas, a religious zealot who skipped due process and let an extreme emotional moment carry him through a double murder. Most people who read the Torah have heard of Pinchas. But there are other names in this parsha that we must learn, repeat and not forget: Mahlah, Noa, Hoglah, Milcah and Tirzah.

These five women, the daughters of Zelophehad, of the tribe of Menashe, son of Hepher son of Gilead son of Machir son of Menashe son of Joseph, are named in this week’s Torah portion, as the text documents the census of the Israelite families in Numbers 26:34: “Now Zelophehad son of Hepher had no sons, only daughters. The names of Zelophehad’s daughters were Mahlah, Noa, Hoglah, Milcah, and Tirzah.” 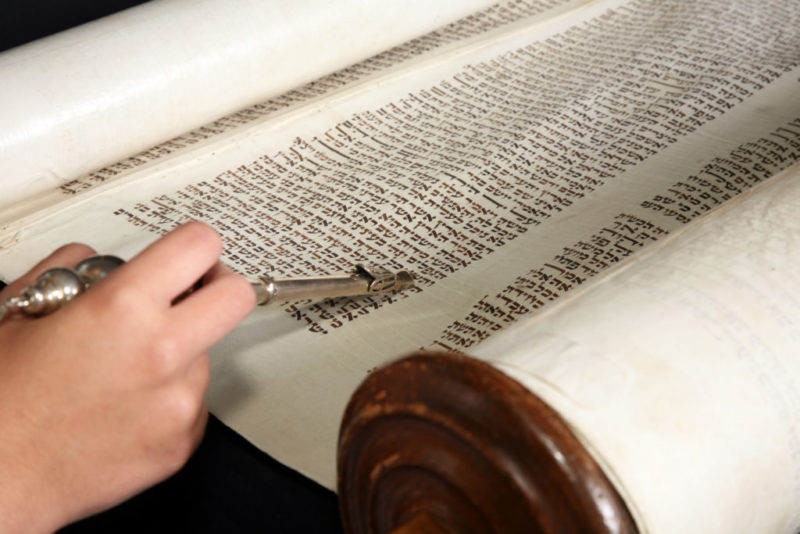 These daughters merit a mention in the text, not because of their own merits, but because their father had no sons. The only reason they could step into prominence and power was because of the absence of sons. At the opening of Chapter 27, they are named again: Mahlah, Noa, Hoglah, Milcah and Tirzah, daughters of Zelophehad, who stepped forward to demand an inheritance that they otherwise would not have received.

For many of us “classically” educated in Jewish schools that followed the Jewish calendar, the stories of the daughters of Zelophehad are not well-known or even known at all. Like Tisha B’Av, it’s a summer-time text — in other words, not taught during the academic year at yeshiva, day school or Hebrew school. The names Mahlah, Noa, Hoglah, Milcah and Tirzah don’t take up space in our understanding of Torah texts. We have to get to know them and choose to incorporate their stories into our story.

The first verses begin with the actions that the sisters took. They “came forward” and “stood up” before Moshe. The first thing we learn about them is that they didn’t wait to be invited in, or to be asked into the presence of Moshe. They had something to say, something to do, and something to accomplish. They initiated, and they did not ask permission.

And why is it important for us to remember these women? Because these women were read as respectful, but they are also engaging in what might be considered socially transgressive behavior: coming forward and standing up before the men of their community, their most powerful leadership, and making a demand — not just in any place, but in the most prominent place: at the entrance to the Tent of Meeting, where everyone might see and hear. They do so in pursuit of equity and justice, to hold up a lens to the behaviors and power structure and ask for inclusion, in public.

And we’re remembering Mahlah, Noa, Hoglah, Milcah, and Tirzah for the contents of their ask: because they came forward and made their demand, they received their fair share. But without their advocacy on behalf of their families, had they not stood as a group, united in power and purpose, they would not have received an inheritance that was rightfully theirs. And we would have lost something too: a powerful role model for justice.

Biblical commentators wonder about the audience gathered before these women, at the entrance of the tent: Moshe, Eleazar the priest, the chieftains, and the entire community. The Or HaChaim, for example, notes that the community was gathered together to amplify the significance of Moshe’s response to their demands, so that everyone would hear firsthand his response on the issue of their inheritance. They all saw Moses take the matter to G-d, and G-d ruled: “The plea of Zelophehad’s daughters is just: you should give them a hereditary holding among their father’s kinsmen; transfer their father’s share to them. Further, speak to the Israelite people as follows: ‘If a householder dies without leaving a son, you shall transfer his property to his daughter.” Risk taken in private, while still potentially powerful, has less impact. The entire community bore witness to the women’s assertion; this public act engages the community and leverages its power.

We may think of inheritance as something literally handed down to us, something — often a financial allocation — that we receive passively from previous generations after they have died, not something we come forward, stand up and demand from our living ancestors. But the inheritance demanded by Mahlah, Noa, Hoglah, Milcah and Tirzah from Moses and from G-d is also ours: bold action, even at great personal risk.

Advocating for ourselves and for others demands this action: coming forward, standing up and speaking up, using our own bodies to stake a physical claim, raising our own voices to model our commitment to action. We know Mahlah, Noa, Hoglah, Milcah, and Tirzah not as “not-sons,” but for who they are, for what they did, and what they accomplished, the legacy that they leave, the inheritance they leave women and the advocacy inheritance they leave us all.

When we find ourselves at a difficult moment, we can look to the example of these women to guide our action and offer inspiration. They came forward, stood up and spoke up; let us do the same. When we are furious that our rights and privileges are being challenged and even taken from us, let us recall the example of Mahlah, Noa, Hoglah, Milcah, and Tirzah, and use it to motivate us. For some, this will mean “putting our money where our mouths are,” literally, by increasing our philanthropic contributions to causes that support the justice, equity and inclusion that we demand. For others, it will mean what Heschel called “praying with our feet,” showing up and being present in opposition to injustice: physically positioning ourselves to bend the arc of history toward justice, or amplifying the voices that need it most. Whether we do this with the power of philanthropy or the power of activism, we can draw from the inspiration of Mahlah, Noa, Hoglah, Milcah and Tirzah, who used their bodies and their words to give Jewish women access to their rightful inheritances, and whose legacy enables us to use that inheritance wisely.

Yes, our parsha is still called, Pinchas after a man of action whose identity is elevated, and  these women are called “B’not Zelophehad,” the daughters of their father, a term that erases them as individuals. Their activism did not require vigilante justice, but is nonetheless a strong and courageous response.

In memory of their action, consider what will inspire you to come forward, and stand up. How will you channel the fortitude and chutzpah of Mahlah, Noa, Hoglah, Milcah and Tirzah in coming forward and standing up to pursue justice? What resources — both financial and human, emotional and physical — will you devote toward transforming the present into a more just worldt? What will you demand in their memory, for yourself, your family, or those who need it most?

Sara Shapiro-Plevan, Ed.D. is the CEO of The Gender Equity in Hiring Project, where she is works to remove gender bias from hiring and employment processes in Jewish organizational life, to help women and people of all genders rise to positions of leadership. Sara draws on her practice as the founder of Rimonim Consulting to reflect on our relationships and intertwined networks, and to examine the systemic ways power and privilege affect the Jewish workplace.