Jews, Race, and Religion to be Discussed in Online Lecture Series 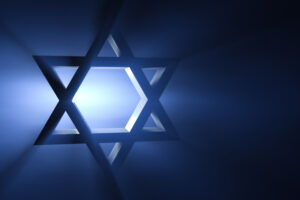 This January 18 marks the first celebration of Martin Luther King Jr. Day since the killing of George Floyd kindled a wave of mass demonstrations in cities and towns across the United States. The Black Lives Matter protests confronted Americans with painful evidence of the persistence and pervasiveness of racism in this country. Alongside the growing list of black victims of police brutality is the devastation of COVID-19, which has disproportionately affected people of color. While it is too soon to say what kind of lasting change will eventually emerge, one legacy of 2020 is a new openness to learning about racism and how to combat it. American Jews have been part of this national awakening at the individual and organizational levels.

Questions of race inform Jewish experience in complicated ways because Jews have been both victimized by and complicit in racialized thinking. Right now, American Jews face rising white nationalism and antisemitism that present an increasingly brazen and lethal threat. At the same time, many American Jews are thinking hard about their role in the systemic racism that America has yet to overcome. Adding another level of complexity is the racial diversity within the Jewish community. Jewish identity is interwoven with the other identities Jews hold, as Whites, Blacks, Asians, Latinx, Mizrahi Jews and multiracial Jews.

It is precisely because Jews don’t fit neatly into racial categories that we think Jewish experience offers a valuable entryway into the study of race. Jewish identities and experience complicate conceptions that are overly simplistic or that lack nuance. Jewish history illuminates both the difficulty and the imperative of grappling with race and racism.

To deepen our understanding of race, we have organized a series of online talks that will bring leading scholars of race, religion and Jewish life to a broad public. Ten scholars will use the prism of Jewish experience to examine intersections of race and religion, drawing lessons from the history of antisemitism, examining the role of Jews in the racialized culture of the United States and exploring the impact of race on Jewish experience. While the series centers on the study of history, it incorporates a range of intellectual perspectives from Jewish studies, religious studies, and critical race studies. Among the questions we will reflect on is the role of scholarship itself in the effort to overcome racism.

In American culture, race and religion interact in complicated ways. In 1960, Martin Luther King Jr. observed that 11 AM Sunday morning was America’s most segregated hour, and there is evidence to suggest that remains the case to this day in the United States. While King was focused on Christians, something similar certainly could have been said of synagogue gatherings on Friday nights or Saturday mornings. Though religious congregations have become more racially diverse, polling from the last decade shows that some 80 percent of American congregants attend services where a single racial or ethnic group comprises at least 80 percent of the congregation. Religious life in the United States reflects the racial divisions of American society more broadly.

But the street runs in the other direction as well – religion has an impact on race. In the last few decades, scholars have been arguing that the concepts and categories that structure how we think about race – Whiteness and its polarized relationship with Blackness – have their roots in religious thinking and can remain intertwined with religious ideas to this day. Some of the most dangerous fusions of religion and racism occur within what is known as Christian nationalism, which overlaps with white nationalism, but religion intersects with race in a wide variety of ways. The civil rights movement and the leadership of the Rev. Dr. King demonstrate how religion can be a powerful force in the pursuit of racial justice.

For Jews, the entanglement of religion and race is especially complex. There was a time, of course, when Jews were regarded as a race. The Holocaust made clear the peril of that way of thinking, and together with the study of genetics, the idea of Jews as a race has been discredited.

But Jewish identity is still intertwined with race. Books like Karen Brodkin’s How Jews Became White Folks and Eric Goldstein’s The Price of Whiteness have shown how many Jews came to identify as white over the 20th century. Other studies like Bruce Haynes’ The Soul of Judaism show how Jewish identity is impacted by the experience of being black in America. Some have argued that recent Jewish interest in genealogy and genetic history is a revival of a kind of racialized sense of identity, identity rooted in biological lineage and inheritance.

Jewish identity is a case study in the complexity that surrounds the category of race and its intersection with religion, and there is something at stake in trying to address this complexity, not just for Jews but for American society in general. The social protests that occurred this last summer in the wake of the killings of George Floyd, Breonna Taylor and others have widened awareness of the persistence of racism as a part of American culture. Why does racism persist? How is it manifest in culture and society? What can we do about it? These are some of the questions we intend to address.

Martin Luther King Jr. Day is a time to recommit to the unfinished project of overcoming racism in our country and in our communities. In support of this urgent work, we invite you to join us in serious study.

The “Jews, Race, and Religion” series begins Jan. 28, 2021. You can find out more about the series and find a wealth of resources to extend and deepen your learning here.