'Kosher Money' has garnered a total of more than three million listens and appears to have reached people outside of the Orthodox community. 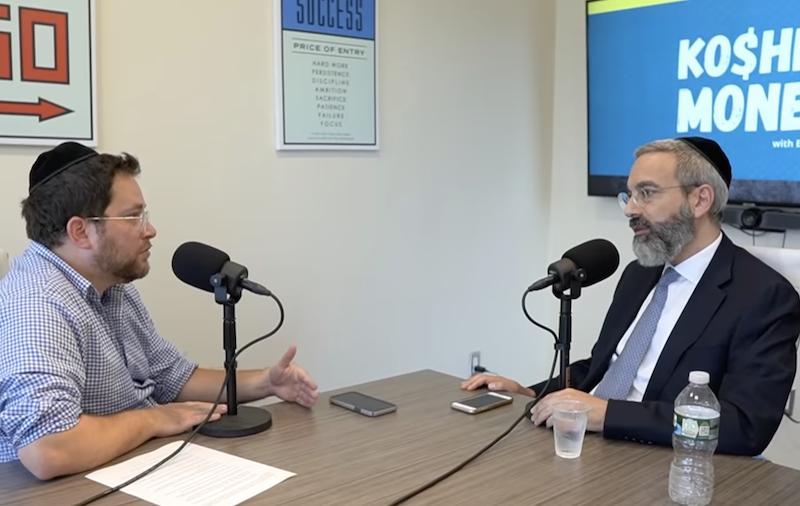 Let’s say you’re studying Torah full-time in Lakewood, N.J., and realize that you need to start making money for your family of six (or more). How do you transition into the working world? Do you pursue an advanced degree or start a business? How do you handle day school tuition? How would this affect government benefits you receive?

Those questions may not occur to much of the Jewish world, but they and others like them have become increasingly relevant for a growing Orthodox population that’s contending with the high cost of observant Jewish life in the United States. And for the past year, former CNBC social media producer Eli Langer has been trying to answer them on his podcast, “Kosher Money,” which launched last June.

“??It sort of sponged into my brain that money is not something you should think about haphazardly but something you should be intentional about,” Langer told eJewishPhilanthropy regarding his CNBC experience. “With my background in media and my background related to money, I thought [the podcast] would be a great move, especially because there was not a lot of content being created for Orthodox Jews in 2021.”

The podcast — which is part of Living Lchaim, an Orthodox podcast network — has found an audience. It has garnered a total of more than three million listens, according to Langer, and appears to have reached people outside of the Orthodox community. The most popular episode, with more than 880,000 views on YouTube, was a conversation last summer with financial adviser Naftali Horowitz called “Wanna Build Wealth? Avoid These Money Mistakes.”

The discussion about transitioning from Torah study to a full-time job, which featured social work professor Steven Tzvi Pirutinsky, has 17,000 YouTube views. Other guests have ranged from Rabbi Moshe Hauer, executive vice president of the Orthodox Union, to Stacey Zrihen, a financial planner. Topics range from mortgages and health insurance to “What to do when you get into money trouble with the law.”

“We’re at a point where many Orthodox Jews should be trained on this, educated — and they should act on it,” said Langer, who is now the CEO of Harvesting Media, a marketing agency for supermarkets based in the Five Towns, the heavily Jewish group of Long Island suburbs where Langer also lives. “The cost of Jewish living is dramatically higher than living as a non-Jew. You have private school tuition, you have kosher [food], our families are larger… You have to be talking about this in a way that allows for healthy discussion.”

Langer acknowledges that his podcast can’t solve the myriad challenges involved in making ends meet while leading an Orthodox life. But he hopes to get listeners into the mindset of thinking — and talking — more intentionally about their money, a subject he feels is still “taboo” in some Orthodox circles and beyond.

“We’re not looking to solve the tuition crisis,” he said, naming a frequent topic of discussion on the podcast. “If people are able to make more educated decisions, the community as a whole will be in a better place.”