Your Daily Phil: Elisha Wiesel on fighting antisemitism + An interview with the Houston federation’s new CEO

Wiesel talked with JNF-USA CEO Russell Robinson about his Jewish upbringing by his famous father, internationally recognized as a moral authority and voice of conscience, and about the “No Fear” rally he organized in July to stand in solidarity on the National Mall with Israel during the May conflict with Hamas.

“Even I, at ages 16 to 22, wanted nothing to do with Judaism,” Wiesel confessed, noting that he’d attended an Orthodox yeshiva. “So what an incredible challenge the world has today in terms of Jewish youth.”

Wiesel and Robinson compared the July event to 1987’s Freedom Sunday, when 250,000 American Jews rallied on the National Mall on behalf of Soviet Jewry. The more recent march was much smaller, but Freedom Sunday was also the culmination of a 25-year movement, Wiesel pointed out. “You have to try,” he said. “If you don’t try, you’ve failed right out of the gate.”

Some of Renee Wizig-Barrios’s earliest memories involve her attending Hadassah fundraising luncheons with her grandmother, a leader in Houston’s Jewish community when Wizig-Barrios was growing up in the 1970s and ’80s. Now, Wizig-Barrios is CEO of the Jewish Federation of Greater Houston, where one of the items at the top of her to-do list is a plan to expand the fundraising operation by adding programs that focus on families and high-net-worth individuals, she told eJewishPhilanthropy’s Helen Chernikoff.

Local roots: “We have a loyal donor base that has been with us for a long time, but we have a lot of people we aren’t reaching,” she said. Starting with those long-ago luncheons, Wizig-Barrios has accumulated a range of professional and personal experiences that equip her for the CEO post, she said. She was active as a teen in BBYO, the pluralistic youth movement, where she had her first experiences of mentorship by adults who saw potential in her. After earning a bachelor’s degree at Washington University in St. Louis, she worked for eight years as a community organizer at the Metropolitan Organization of Houston, a nonpartisan social justice group that counts many synagogues and other houses of worship among its membership.

From community foundation federation: In 2010, she took a job at the Greater Houston Community Foundation (GHCF), where she served as chief philanthropy officer before accepting the CEO position at the federation. “I’m an institution-builder,” Wizig-Barrios said. “Wherever I go, I don’t stay a short time. So I’m excited to invest my time and energy here.” Her predecessors, Kari Dunn Saratovsky and Avital Ingber, each held the job for about two years. Ingber started as CEO just two months after Hurricane Harvey — a very challenging time, said Debra G. Cohen, a federation board member. Saratovsky left Houston because her husband was offered a professional opportunity in Washington, D.C., but Wizig-Barrios will build on her vision, Cohen said. Wizig-Barrios helped transform GHCF from a collection of donor-advised funds serving individuals to an organization that became a leader in the Houston community, said Nancy McGregor, a GHCF board member.

The power of connected donors: Wizig-Barrios did this by offering various donor services, such as advisors and family philanthropy departments, which help multiple generations engage in giving together. These, in turn, facilitated cooperation among individual donors who were focused on certain causes, from domestic trafficking to COVID relief, McGregor said. “Renee was either the outright catalyst and leader or central to whatever we did,” McGregor said, noting that when Hurricane Harvey hit in 2017, GHCF raised more than $100 million under Wizig-Barrios’s leadership. Now Wizig-Barrios will create those same mechanisms at the federation in what she calls “a model of total philanthropy.” At the federation, the family philanthropy division will help ensure that Jewish wealth, in a generational sense, continues to help the community, she said. “There are some major trends in philanthropy that are just non-negotiable. One of them is a big transfer of wealth. We have to engage the next generation,” she said.

“Our children and teens are in crisis; all you have to do is Google ‘children and mental health news’ to see the sobering studies on the impact of the pandemic, social media and the general state of the world on our young people. And frankly, the situation is not that much better for adults. As educators, we see how so many of the students who learn with us, regardless of their age or educational context, are really struggling,” writes Rabbi Lisa Goldstein, a facilitator of M² Pedagogies of Wellbeing Research Fellowship, in an opinion piece for eJewishPhilanthropy.

Gifts from our sages: “But this is not the first time that students have struggled. In fact, it is possible to argue that Jewish education, going all the way back to the sages, is itself a response to challenging and even traumatic circumstances. This is good news; it means our ancestors have left us a treasure chest of wisdom and insight that helped them survive and even flourish over the ages in the many lands in which they lived.”

Goodness and blessing: “Among other things, our ancestors left us with a beautiful definition of what a life of well-being looks like, tucked away into the ‘Blessing for the New Month.’ This blessing is traditionally recited during the Torah service on the last Shabbat morning of the month. It reminds the congregation when the new month will begin, the new moon being notoriously difficult to see on one’s own. It also asks God to renew us for a life of ‘goodness and blessing,’ which is, perhaps, a more authentically Jewish way to express our contemporary concept of ‘well-being.’”

Bad Deal: Transactions made by businessman and philanthropist Ron Perelman’s private foundation are under scrutiny over mysterious loans and questionable credit deals, Tom Maloney writes in Bloomberg. “How billionaires use their private foundations has become a growing source of public and political consternation in recent years. While some become powerhouses of philanthropic giving, examples of abuse by prominent figures, such as former President Donald Trump, are driving a debate in the Democrat-led Congress over whether the ultra-wealthy are gaming the system to benefit themselves or avoid paying their fair share in taxes.” [Bloomberg]

Embracing Change: Economic inequality, political polarization and climate emergency are among the factors that will spur philanthropy to share power and experiment with new structures in the next decade, predict Jennifer Holk, Gabriel Kasper and Justin Marcous in a Chronicle of Philanthropy special project that includes interviews with professionals, funders, grantees and experts about what the future holds for donors. While philanthropy is insulated from change by permanent endowments, rising asset levels and relatively low regulatory pressure, the past 18 months have shown that the sector isn’t immune to the forces that are shaping society broadly: “To be sure, there’s value in commitment and consistency amid dynamism. But grant makers that aren’t open to adapting their practices… may, at best, be leaving the potential to achieve greater impact on the table and, at worst, be at risk of losing relevance and influence.” [ChroniclePhilanthropy]

Financial Planning: The activists behind Divest-Invest Philanthropy, which calls on foundations and individuals to divest from fossil fuels and make “climate-friendly” investments instead, say that their movement has reached a tipping point with the decision by The Ford Foundation and The MacArthur Foundation to join them, reports Haleluya Hadero in the Associated Press. Coming in the days leading up to the United Nations’ climate summit in Glasgow, Scotland, the move by Ford and MacArthur sends the message that foundations must be careful not to let the financial goals of their endowments contradict their missions as expressed in their grantmaking. “I’m glad that we were able to finally reconcile our financial imperative with our moral imperative as a foundation,” said Darren Walker, president of The Ford Foundation. [AP]

Lead. Apply for the 2022 cohort of the Certificate in Jewish Leadership, presented by Spertus Institute in partnership with Northwestern University.

Israel’s Prime Minister Naftali Bennett and Bill Gates met yesterday at the COP26 climate conference in Glasgow, Scotland, and agreed that Israel and the Gates Foundation would set up a joint working group on climate change.

Your Daily Phil: Lipstadt’s first speech as ambassador + A look at the Israel Prize controversy

Your Daily Phil: Finding the next ‘Fauda’ in L.A. + Doing Jewish divorce better

Your Daily Phil: A shift in funding goals for Ukraine + Recruiting Reform rabbis 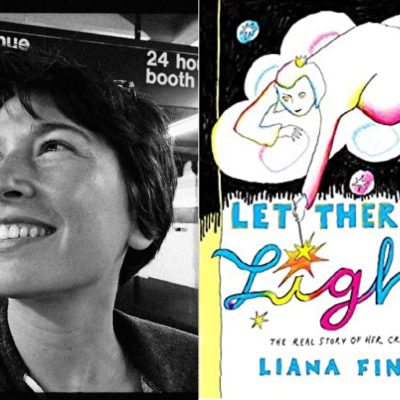 Your Daily Phil: The future of Ukraine’s Jews + A New Yorker cartoonist takes on the Torah