East End Temple is blessed to be among the few synagogues – and even fewer in major urban areas – to emerge larger and more vibrant than we were in March 2020. What became evident during our time physically apart – or in varying stages of hybrid togetherness – was that lay-led programs engaged the most people in the most soulful ways.

Since their founding in our country more than three centuries ago, synagogues have served as the mainstays of Jewish life, welcoming and helping generations of Jewish immigrants acculturate and articulate uniquely Jewish and American identities. But for far too long, many Jewish congregations have utilized a model of set dues that members need to pay for access. While most congregations express a value of welcome, set dues can create a financial barrier and shift the focus away from deep communal relationship.

It’s time to invert the model – giving much and empowering and welcoming even more. Our community just became the first Reform congregation in Manhattan to align its fundraising with its values. We now empower our members to give to their hearts’ content, but without a formal mandate or fixed level. Our voluntary dues (“community commitment”) membership is poised to transform not only our presence externally, but how we relate internally. 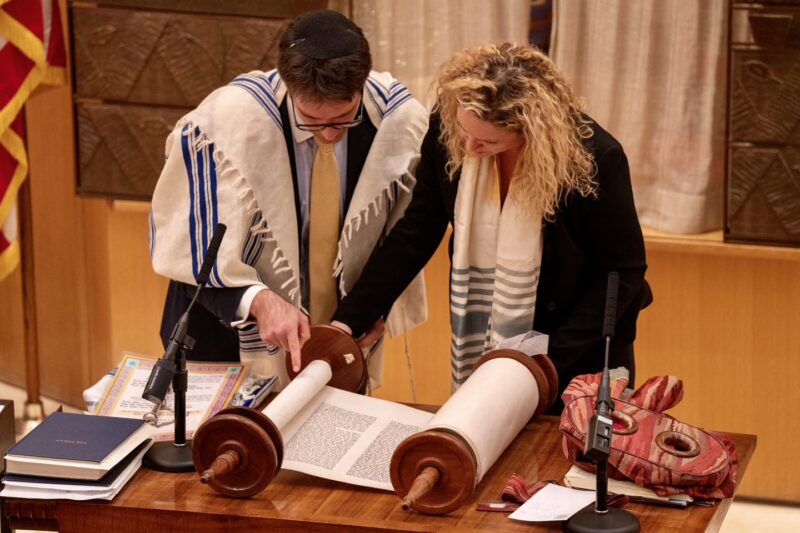 East End Temple is blessed to be among the few synagogues – and even fewer in major urban areas – to emerge larger and more vibrant than we were in March 2020. What became evident during our time physically apart – or in varying stages of hybrid togetherness – was that lay-led programs engaged the most people in the most soulful ways.

We have a Shabbat schmooze at 1 pm on Saturday afternoons that brings together dozens of people in deep, soulful (or silly) conversations. We have a Monday minyan that popped up on Zoom and gives people solace after years of atypical losses. Our chesed (caring community) group backs up our clergy and ensures that hundreds of people receive calls, cards, and care. Our congregation helped set up apartments for refugee families, protest injustice and advocate for civil rights. Lay people shared of their talents, abilities and wisdom. Simply put, when needs became overwhelming, our congregation rose to the occasion.

With so much shifting to lay leadership, in intentional collaboration with our clergy, it no longer made sense to use a top-down funding approach of fixed dues. We have trusted our community members with key functions as never before. We can trust them to care for our community financially, as well.

Three years ago, we began a pilot program of voluntary dues for new members. That experiment with new members has shown that empowerment drives both growth in numbers and growth in giving. It yielded more in total donations and per adult than did the prior system of fixed dues. Moreover, because our recent growth rate has been so strong, new members from the past three years now represent 38% of our total congregation.

At our annual meeting this past June, our community voted overwhelmingly to affirm a transition entirely to a voluntary dues system, which we call Community Commitment. Our members are not passive recipients of services, but co-creators of community, front and center in all that we do and how we build. They affirmed that they will, voluntarily, also ensure our financial viability and strength to the future.

As a 75-year-old community, we know what it is to weather the unrest in society. Looking back, it started with the families who settled in our part of Manhattan after World War II, who gathered to form a new community. Those same lay people led social gatherings bringing people together after the trauma of war and global unrest. Yes, they hired clergy to support and empower them, but they never gave up an ethos of lay leadership.