Jewish organizations, like many other civic institutions, are embracing what’s sometimes referred to as critical social justice (CSJ), the idea that society is dominated by invisible systems of oppression. Given America’s legacy of racism, the Jewish community’s own failures in welcoming Jews of color, the desire of many Jews to be lockstep with Black leaders, and the perspectives of many young Jews, I understand the temptation to accept at face value this ideological framework.

I have long championed Jewish engagement in racial justice movements. I support criminal justice and police reform and believe that there is racism—some of it systemic–in American society. Nevertheless, I believe that the CSJ ideology that frequently comes packaged with these movements can have a corrupting influence on Jewish organizational values. It often insists on its own absolute inviolability, a hallmark of an illiberal dogma; shuts down discourse; and indoctrinates. Jewish organizations have been holding discussion groups on such books as White Fragility and How to be an Anti-racist as if they are bibles, rather than mere books with ideas that should be wrestled with. 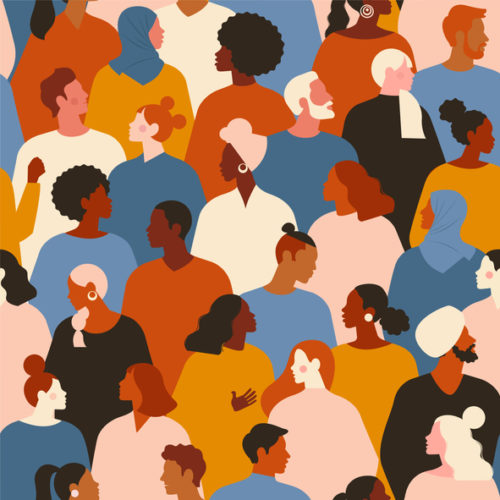 In dealing with sensitive issues of race and racism, numerous Jewish organizations have essentially shut down the normal process of critical consideration because, well, it’s hard, they don’t want to be accused of insensitivity or bigotry, and some people don’t think it’s necessary.
Have you thought through where all this silence and fear in Jewish organizations and communities can lead?

These are just a few questions that might guide an authentic discussion at the community, board and staff levels. Please feel free to reach out to me to discuss.

David Bernstein is a former CEO of Jewish advocacy organizations and is currently a principal of Viewpoint Worldwide, which supports viewpoint diversity in organizational settings. Follow him on twitter @DavidLBernstein.