Marrying environmental efforts with next-gen Jewish engagement will help to preserve both in the long run.

At Hazon and Pearlstone, we believe in the centrality of adam and adamah, people and planet. Our mission is to cultivate vibrant Jewish life in deep connection with the earth, catalyzing culture change and systemic change through immersive retreats, Jewish environmental education and climate action.

Young Jews tend to care more about climate and sustainability than older generations, and they are also less likely than older generations to affiliate with Jewish institutions. Climate grief and anxiety are now diagnosable mental health crises that impact young people across the Jewish world. For many, what keeps them up at night is not Jewish survival, but human survival. Additionally, the issues of declining Jewish affiliation and the global climate crisis are not unrelated. 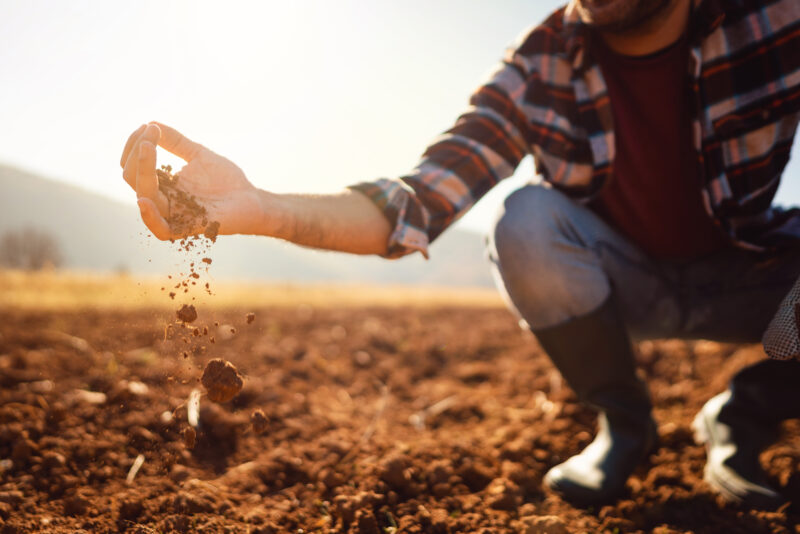 Almost 10 years ago, the term JOFEE (Jewish Outdoor, Food, Farming, and Environmental Education) was coined by a group of funders. Collectively, the Jim Joseph Foundation, Leichtag Foundation, The Morningstar Foundation, Rose Community Foundation, Charles and Lynn Schusterman Family Philanthropies and UJA-Federation of New York invested in the Seeds of Opportunity JOFEE report. They discovered — through robust third-party research — a movement that was making a significant impact across the Jewish world. Since then, the Jim Joseph Foundation’s investments focused on supporting the four largest JOFEE organizations — Hazon, Pearlstone Center, Urban Adamah and Wilderness Torah — and launching the JOFEE Fellowship, to both professionalize and expand career opportunities across the field.

Over four years, the JOFEE Fellowship trained more than 60 young adults as educators, placing them at JCCs, federations, summer camps and other Jewish organizations. For fellows, the chance to create change by bridging their environmental concerns with their Jewish identities was a key motivation for joining the program.

In 2019, the Jim Joseph Foundation invested in these organizations for an additional three years, over the course of which we learned lessons and gathered insights as our field grew and evolved.

1. The growth and diversification of the community of people engaging in JOFEE

As the pandemic unfolded, Jewish outdoor education quickly became a go-to for communities. Programs have grown both in the number and type of participants they’re engaging — including wider age ranges, geographies and affiliation levels. Both the accelerated adoption of virtual programming, and the desire of people to re-engage in in-person programming as the world reopens, means that we have, so far, maintained new program growth, and expect to continue to do so into the future.

Reflecting this growth, Wilderness Torah and Camp Newman will create the Center for Earth-Based Judaism, a learning center for all segments of the community to focus on earth care and climate resiliency. As Wilderness Torah builds regionally, it also is scaling nationally, with programs such as Neshama (Soul) Quest and Jewish backpacking trips. And while its festivals are transformational, the organization has also identified a need for smaller programs across urban areas to increase participation: after going to two to three small programs, people begin to attend larger events.

In 2023, Hazon and Pearlstone are merging into the largest Jewish environmental non-profit outside of Israel. Our two retreat centers (Isabella Freedman in Falls Village, Conn., and Pearlstone Center outside of Baltimore) were hit hard by the pandemic, but we also saw tremendous growth in our programmatic impact. In the words of one parent whose child was in a weekly program: “While the children are busy feeling free and happy and honing their favorite skills, our parental spirits are soaring because we know [they’re being guided] toward full aliveness, sensitivity and responsibility to the world around them.”

2. Nature is a profound driver of reconnection to Jewish life

In this age of digital overload and hesitancy surrounding indoor gatherings, a nature-connected, outdoor Judaism speaks directly to what we need in mind and body, heart and soul. Despite myriad online opportunities, people continue to seek the authentic sense of purpose and connection that can be found through engaging with the more-than-human world.

“I experienced a profound healing in the part of my soul that has been searching for a tribe and embodied Jewish community,” one Wilderness Torah participant said. “My Jewish heart and connection to my ancestors has opened. I have found my home as a Jew.” JOFEE connects youth to wider Jewish communal life and keeps them engaged by providing meaningful experiences. We need to ask ourselves how to authentically connect with who we are at our rooted core, to the obligations and responsibilities of what it means to be a human on planet earth.

3.  Jewish youth and young adults are seeking environmental leadership opportunities inside and outside the Jewish community

Perhaps one of the biggest lessons learned over the past years is the growing demand from, and for, Jewish youth to be empowered as their own leaders and educators in environmental work and action. Launched in 2020, Hazon’s Jewish Youth Climate Movement (JYCM) has blossomed into more than 44

kvutzot (chapters) nationwide, each with 10-30 members. Efforts run by the teens themselves reach about 10,000 more people each year. These chapters are not just powerful Jewish engagement opportunities; they are also a safe space for young people who may not feel accepted with their full Jewish identities amid some elements of anti-Zionism and antisemitism in the secular climate justice movement.

“Previous to my engagement in JYCM, I was in a youth-led movement that…taught me a lot about the climate crisis and how to organize,” one teen said. “However, at times it felt as if I had to choose between my Jewish identity and organizing, as the movement had been involved in some anti-Semitic activity and my specific chapter was unwilling to publicly condemn it.”

College campuses are an area of critical future growth, with Hillels among the most active participants in Hazon’s climate action and sustainability programs to date. As young adults seek ways to get involved, many look for hands-on experiences. For example, Urban Adamah runs an alternative spring break experience combining sustainable agriculture and Jewish community building.

A theme among these programs is participants’ desire to make a difference in the world overall, not just within the Jewish world. As such, JOFEE programs are increasingly welcoming young adults’ non-Jewish friends and family members, helping to foster participation and widening the tents of involvement and belonging.

For many of the JOFEE field’s participants, the climate crisis is an overarching emotional and spiritual theme, present in their daily lives. And Jewish tradition has a direct, powerful, and unique response to these concerns.  For over 20 years, we have unpacked Jewish ecological wisdom to connect people with their own inspiration, and an empowered community of peers to build with. Moving forward, we aim to interweave Hazon and Pearlstone’s programs in order to facilitate greater networking, collaboration, and leadership among participants.

Hazon’s growing national portfolio of virtual and in-person programs provide options for pop-up collaborations. At the same time, Jewish youth are increasingly seeking leadership opportunities within JOFEE — a useful avenue for them to create meaningful experiences while also building a network of peers. We approach the end of 2022 with a new and diverse set of programs and participants, including a network of hundreds of Jewish teen activists across the country via JYCM; a newly launched Jewish Climate Leadership Coalition with over 120 Jewish organizations, three major national community hubs engaging tens of thousands of people a year in Baltimore, New York/Connecticut and Detroit; and a programmatic framework that enables seamless online and in-person fusions. With Wilderness Torah and Urban Adamah also scaling programs nationally increasing their regional impact, it is increasingly possible for young Jewish individuals to find their place in a Jewish community that also shares their environmental values.

By expanding our ability to engage youth and young adults on the issues that matter most to them, we also renew Jewish communal life, empowering them to build their own communities of meaning, purpose and connection.