Pritzker has served on the institute's board since 2004 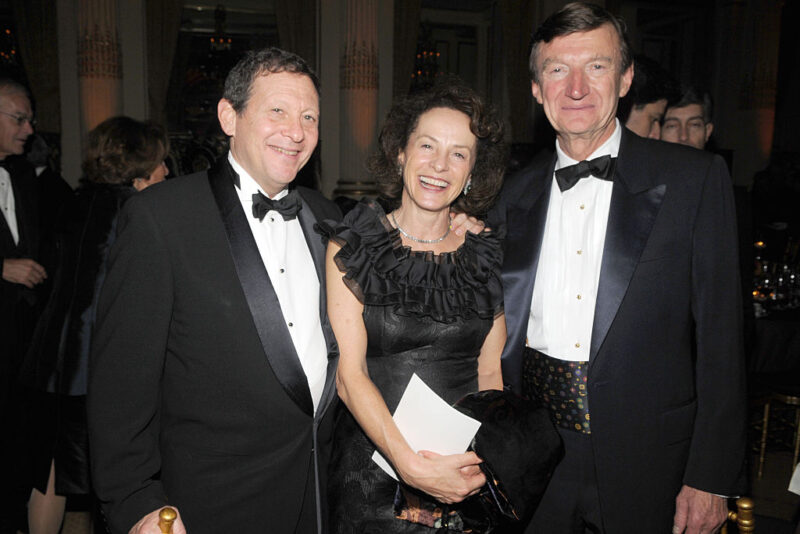 Margot Pritzker, the Chicago-based philanthropist and nonprofit leader, was unanimously elected to a three-year term as chair of the Aspen Institute’s board of trustees on Aug. 13. Headquartered in Washington, D.C., the Aspen Institute is a global public policy think tank with the goal of creating a “free, just, and equitable society.”

“It is my great honor to have been elected by my colleagues on the Aspen Institute Board of Trustees as their new Chair,” Pritzker said in a statement to eJewishPhilanthropy. “I am excited to partner with President and CEO Dan Porterfield and our dedicated board and staff driving change through dialogue, leadership, and action to help solve the most important challenges facing the United States and the world.”

Pritzker, a member of the prominent Chicagoland Jewish family that made its fortune through the Hyatt hotels chain, has served on the Aspen Institute’s board since 2004. There, she has taken on a variety of leadership roles, from being a seminar moderator and advising some of the institute’s leadership programs, to serving on the executive committee.

“For many years Margot Pritzker has been an impactful leader, supporter and advocate for the Aspen Institute,” said Dan Porterfield, CEO of the institute, in a statement to eJP. “She deeply understands the range of our programs and methods for driving social impact and has been an extraordinary hands-on participant in many of our leadership programs.”

Pritzker chairs the Zohar Education Project Incorporated, which has supported a full English translation of the Zohar, the book of Jewish mysticism. She was also the founder and president of WomenOnCall, which connected women to volunteering opportunities. More recently, Pritzker is the executive chair of the Community Food Navigator, which aims to connect underserved Chicago communities to BIPOC food producers.

Under outgoing board chair James S. Crown, who served two three-year terms, the Aspen Institute has navigated several changes. The institute moved its headquarters to Washington and launched new programs such as the Aspen Partnership for an Inclusive Economy and the Resnick Center for Herbert Bayer Studies. Crown continues to serve on the institute’s board.

“It has been my great privilege to chair the Board of Trustees of this extraordinary institution,” said Crown in a statement to eJP. “Thank you to my fellow trustees for entrusting me with this responsibility, and to all at the Institute for their commitment to our mission to drive change toward a free, just, and equitable society. Margot Pritzker will be an outstanding chair and is the right leader at the right time as we work to make even deeper impacts that will serve society for generations to come.”