Jewish camps, challenged by inflation and staffing shortages, hope to get back to normal

Among the 300 day and overnight camps FJC serves, enrollment is almost back to where it was in 2019. 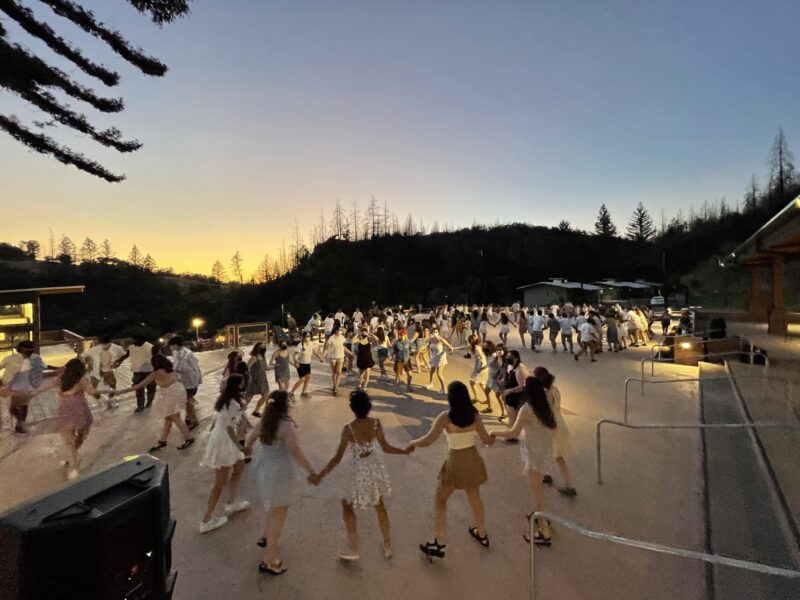 After three years spent in the shadow of COVID-19, the future looked bright as 800 camp professionals and supporters gathered for the Foundation for Jewish Camp Leaders Assembly in Atlanta last week.

Among the 300 day and overnight camps FJC serves, enrollment is almost back to where it was in 2019 — and many camps have exceeded their pre-pandemic numbers. The field as a whole is on its way to closing a $150 million budget gap that resulted from camps remaining closed in 2020.

But some challenges have festered — while new ones have appeared. Staff recruitment and training remains a challenge. And ongoing inflation means that most families will see significant tuition hikes when they sign up for next summer.

“We don’t want camp to get so expensive that it’s unattainable for families,” Jeremy Fingerman, FJC’s CEO, told eJewishPhilanthropy. “So there’s a lot of effort and a lot of conversation around trying to address affordability to raise additional scholarship funds.”

A preview of data from FJC’s annual census of camps, due out in 2023, shows that, at least in one respect, numbers have returned almost to where they were in 2019, which was a record year for Jewish camp in terms of attendance. Day and overnight camps across the sector had a total of 182,000 campers and staff in 2019, and after a dip in 2021, camps reached 95% of the 2019 number last year. Most camps are tracking behind 2019 in terms of camper registration for summer 2023, but 40% are exceeding 2019 levels.

The pandemic’s legacy is still apparent in some camps’ physical footprints. In 2021, FJC — whose annual budget ranges between $16 and 20 million — gave out grants to nearly 50 camps for capacity expansion totaling $3.8 million — which camps matched with local donations. The money was used for temporary expansions to dining rooms and other communal structures, which enabled those camps to serve an additional 4,317 campers, resulting in almost $16 million in increased tuition revenue in 2021.

For example, Camp Morasha, in Lakewood, PA, had planned construction of a new outdoor covered sports arena in 2021 that would enable the camp to safely and comfortably serve more campers. Due to supply chain disruptions, the project was not completed until summer 2022, when the camp had a record enrollment, serving more than 1,400 campers.

Now some alterations that were intended to be temporary have become permanent, and as camps get back to 2019 volume, there is demand for additional capacity expansion projects like adding bunks and staff housing, or reconfiguring outdoor spaces.

“The more people that experience Jewish camp, the better and stronger our Jewish future will be,” Fingerman said. So when local health restrictions required reconfiguring dining halls, “rather than restrict [the number of campers], we came up with this clever way [to] expand in either a temporary way, through tents, or some camps went to eating in two different shifts. And lo and behold, they actually found it was better, because it wasn’t quite as loud as the dining hall, and they gave more breathing room, and kids ate more. There’s things that they’re learning all the time.”

But while attendance has picked back up, staffing has not. One way camps made up their 2020 budget shortfalls was by laying off approximately a third of camp professionals.

While the layoffs helped save money, Fingerman said, they created a fresh problem: there now aren’t enough assistant directors or program directors in the staffing pipeline. In addition, camp closures in 2020 meant that 2021 saw twice the number of first-time staffers, leaving a hole that local federations and other community organizations have tried to fill through incentive programs and experimental efforts.

For instance, The Jewish Federation of Cleveland’s Mandel Myers Fellowship encourages local Jewish college students to work at Jewish overnight camp by providing them with professional and leadership development training, Jewish learning and networking opportunities, and a college scholarship for up to $5,500. The program is funded by a $1.8 million grant from the Jack, Joseph and Morton Mandel Supporting Foundation and a grant of $150,000 a year for three years from the David and Inez Myers Foundation.

FJC also gave grants to 10 camps to train their supervisors to manage staff in more effective and meaningful ways throughout the summer.  This included giving clear and timely feedback on job performance and setting reasonable and clear standards and expectations.  Five camps received additional funds to hire extra professionals to help with oversight, training and community care, all of which gave counselors a better working environment, he said.

FJC gave some camps — such as Ramah of the Rockies — money to hire additional staff, allowing the camp to rotate staff members in shifts. While this didn’t give counselors additional compensation, the camp found counselors returned from time off more refreshed. FJC also provided staff members with extra leadership development programming.

“The staff satisfaction levels at that camp were highest they’ve ever been, in part because it gave the counselors time to breathe, some more time off and then time for additional learning and training as opposed to just being flat out all the time,” Fingerman said.

Several camps are also partnering with Hillel on joint recruitment, Fingerman said. The plan involves getting camp alumni involved in their campus Hillels, and getting students at Hillel to work at camp over the summer.

Another effort involved FJC giving some camps small grants to increase compensation and benefits for staff, but based on the results of the forthcoming census, Fingerman said, these benefits did not make a difference for most recipients.

“It didn’t seem to drive satisfaction levels or intended return rates,” he said. “So we’ve come to the conclusion [that] there needs to be a certain base level of financial compensation, but there are other factors that may be valued even more than the dollars.”

Being part of a named fellowship program, he said, could be the kind of “resume enhancer” that helps students convince their parents that spending the summer at camp will help them professionally.

And while campers may be returning, their parents could have trouble paying for them. Camp tuition in 2022 was set in August or September 2021 at an increase of about 3% over the previous year’s fee. No one anticipated that inflation would rise to 8% by the summer of 2022, when supplies and food had to be purchased, in part using tuition dollars that no longer covered costs. This year, prices are up as well. So last summer’s five-point gap, combined with continuing inflation, mean that summer 2023 tuition is likely to be 6% to 8% percent higher than it was last year.

Local efforts are trying to reduce those costs as well. A new $10 million gift from the Jerry and Paula Gottesman Family Supporting Foundation will endow the One Happy Camper program, which provides grants of up to $1,000 to families of new campers,  in a section of northern New Jersey. “We’re hoping other communities will follow that lead and find local, strong supporters that will do that. But that’s a great jolt, and a great help for that community,” Fingerman said.

As they had into summer 2023, many camps are well on the way back to a pre-COVID normal. But given the disruptions of the past few years, Fingerman said, they’re also realizing that old formulas may not guarantee success.