If you want to make a difference in the Jewish community, fund women

I had the very great honor to moderate the release of the 2020 Pew report on Jewish Americans and as such, was given an early look at the findings. I read my embargoed copy eagerly. I knew the four main points the researchers felt important. These have been widely written about: the Jewish American community is more religiously and politically polarized, we are more diverse than ever, and we believe antisemitism and hate are more prolific. 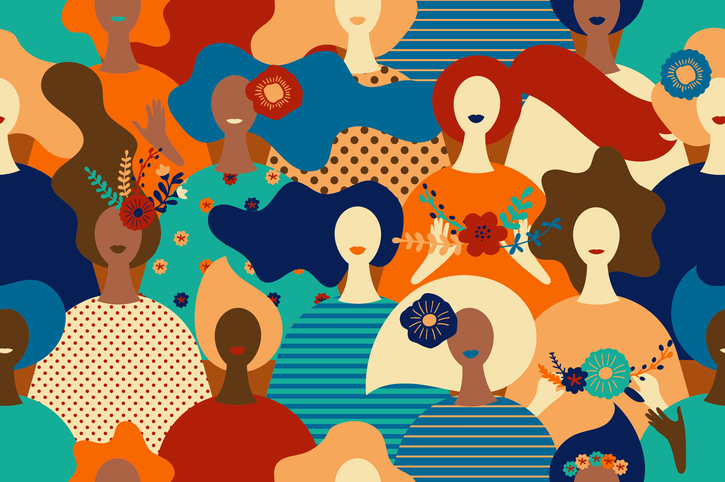 As the CEO of a Jewish nonprofit, one thing was clear to me — after the release, Jewish funding would be focused on revitalizing synagogues, lifting JEDI-B, bridging political divides, and combating antisemitism and hate. This is what happened after 2013 — funding supported reaching out to interfaith couples and creating a sense of belonging for the non-Jewish spouse, and to creatively engage young people in Jewish life. And it seems to have worked. According to the 2020 report, more children of interfaith marriages identify as Jewish; engagement in Jewish life (albeit away from traditional synagogue practice) seems to be up. The “rise of the nones” seems to be contained.

But, as the CEO of a Jewish nonprofit focused on building a world in which women and girls might thrive — a world where women can live free of violence, where they have access to long-term economic security, where their workplaces are safe and equitable, and where a woman is just as likely as a man to be lifted to a position of leadership — I knew something else. No one would come away from this report thinking it a priority to fund women’s issues.

And that’s a mistake. If you dig into the findings, you’ll see that investing in women is investing in Jewish community and life. On questions broken down by gender (which researchers identified only as male and female), those who identified as women were more engaged in Jewish life, were more likely to believe that being Jewish is about religion, ancestry, and culture; to have observed Shabbat in some way; to have held or attended a Seder; observed a ritual to mark a milestone; and to have fasted on Yom Kippur. Women are more likely to own Judaica, attend religious services, and believe remembering the Holocaust is important. Women are more likely to support rabbis conducting interfaith and same-sex marriages. More likely to want our grandchildren to be Jewish, to feel a sense of belonging in our Jewish community, and to feel responsibility to help Jews around the world. And, something I read with particular interest, women are more likely to donate to Jewish causes.

Clearly, women are the drivers of the Jewish community and should be invested in as such. But, they won’t be. And, that makes me angry. Even more angry knowing how women were disproportionately impacted by COVID. Look, I get it. We’re reading research initiated three years ago through the lens of an unprecedented and unanticipated pandemic. But I have spent this past year in too many “Jewish women CEO Zoom rooms” where one by one, exhausted women shared that they are not okay. Apologizing for tears that welled while detailing the strain of fighting for funds to keep their doors open and caring for the wellbeing of remote staff.

How many Jewish women lost or left their careers? How many struggled under increased workload and increased caregiving?

And how many Jewish women lost their lives or experienced violence while quarantining with abusers?

Here’s what else women did during COVID — we baked challah and lit Shabbat candles. We found ways to continue Jewish life — reinventing and making meaningful ritual and lifecycle events.

I think back to the early days of COVID. While the young women of JWI’s Young Women’s Impact Network were facing lockdowns and layoffs, the first thing they did was create a virtual seder gathering more than 300 people of all ages from across the country. Young women, who had never before led their own seder did so from a hagaddah they composed. As the seder drew to a close, an elderly man wrote in the chat, “Thank you. If it were not for this, I would not have been able to celebrate Passover.”

We are the ones to sign our children up for summer camp, drive Hebrew school carpool, light Shabbat candles, and make the seder. We lead our synagogue boards and staff our Jewish organizations.

So, if any funders are reading this, here’s my advice. If you want the Jewish community to thrive, make sure Jewish women thrive.

Meredith Jacobs is CEO of Jewish Women International (JWI). She is the author of The Modern Jewish Mom’s Guide to Shabbat and the founder of the first Jewish parenting website, ModernJewishMom.com (now part of kveller.com). Her Jewish leadership journey began singing in the choir of her Conservative synagogue and serving as president of her Kadima (USY) chapter.