end of an era

As of 2026, for the first time in more than 150 years, there will be no comprehensive rabbinical school in the city where the American Reform movement took root. 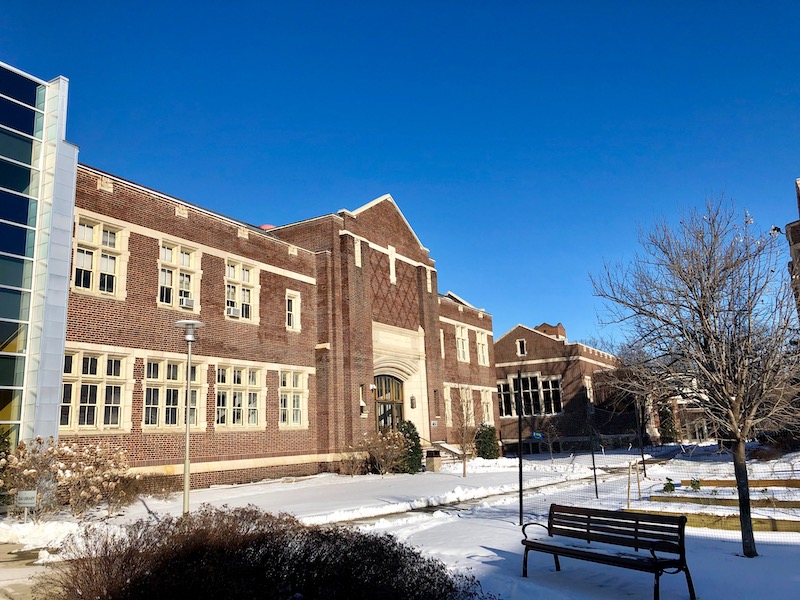 The governing board of the Reform movement’s rabbinical seminary voted on Monday to shutter its full-time rabbinical school in Cincinnati, the seminary’s founding location.

The plan was approved by considerably more than two-thirds of the board of Hebrew Union College-Jewish Institute of Religion (HUC), according to a board member who spoke to eJewishPhilanthropy on the condition of anonymity. After the academic year ending in 2026, for the first time in more than 150 years, there will be no comprehensive rabbinical school in the city where the American Reform movement took root.

Instead, HUC’s Cincinnati campus, which according to the plan will remain active, will continue to host a Jewish archive, a library, a museum and part of what the board calls a “low-residency rabbinical and cantorial program” that will also include remote elements. HUC’s full-time rabbinical programs in Los Angeles and New York will remain intact. HUC also has a rabbinical school in Jerusalem.

“This vote was a first step toward transformational change for HUC-JIR and the Reform Movement – as we are bound together in the recognition that Judaism must honor its history and tradition while adapting to fundamental changes in the world around us,” HUC’s leadership wrote in an email to the school’s community Monday night. “Given the intensity of deeply held feelings on all sides of this historic vote, we will take time to navigate the right path forward – sensitively and with our common commitment to the education of future generations of Jewish leaders guiding our way.”

The plan to scale down the Cincinnati program, which had been in the works for two years, sparked strong feelings within HUC’s alumni community. An open letter protesting the plan garnered approximately 500 signatures, far outnumbering the more than 130 on a petition in favor of the move.

The open letter opposing the plan claimed the decision was not well thought out, would harm the institutions on the Cincinnati campus and would abandon Jewish communities in the Midwest. The closure of the full-time Cincinnati program means that every major American rabbinical seminary, across denominations, will be located on the country’s coasts.

“The current plan alienates a huge portion of our community,” the letter read. “The plan reflects a bias toward the coasts that fails to consider the stable demographics of Reform Jews in the Midwest, Northern, and Southern regions of North America.”

The letter supporting the proposal said, “Transformative changes to our school are the only reasonable response to a rapidly evolving North American Jewish community.”

In a statement following the vote, HUC President Andrew Rehfeld, who was himself previously a Jewish professional in St. Louis, another Midwestern city, called it a “difficult step.”

“We recognize the pain that this decision causes and expect to take the appropriate time and care to implement this decision in a sensitive and constructive manner, in collaboration with our community,” he said in the statement. “The decisions made today were challenging and done with a sense of the seriousness of the moment, given the historical importance of Cincinnati as the founding city of our Reform Movement.”

Despite some rancor in the public debate over the plan, the board member who spoke to eJP said the deliberations leading to the final vote — which took place over the course of Sunday and Monday, from 8 a.m. until the evening each day — were respectful and data-oriented. The board member added that the plan’s approval had not felt like a foregone conclusion.

“It was a very deliberate, thoughtful discussion,” the board member told eJP. “Nobody attacked anybody. Everyone was respectful. There’s sadness because there’s loss, everyone was sad, but everyone is looking toward the future and excited about the future.”

The Cincinnati rabbinical program had 27 students in total from years two through five (all Reform rabbinical students spend their first year of seminary in Jerusalem). That’s compared to 40 in Los Angeles and 45 in New York City. The move to scale back the Cincinnati school also comes as HUC faces declining dues revenue, from $15 million 15 years ago to $5.4 million now, according to JTA.

“The board is really looking forward to all the positive things” that will result from the decision, the board member said, adding that the school will now be able to “focus on tuition reduction and faculty raises and things that really have to be.”

The end of the Cincinnati era was underscored by an event held at HUC’s New York campus on Thursday night, celebrating Reform Rabbi Sally Priesand, the first American Jewish woman to receive ordination nearly 50 years ago. An art exhibit celebrating Priesand and other pioneering women rabbis is on display at HUC’s New York campus and will move to the Cincinnati campus next month.

At the event, Priesand described the challenges of being the first American woman rabbi. She also recalled the gratifying moment when she achieved that goal — at HUC’s school in Cincinnati.