How USY ‘killed’ membership (and why It had It coming) 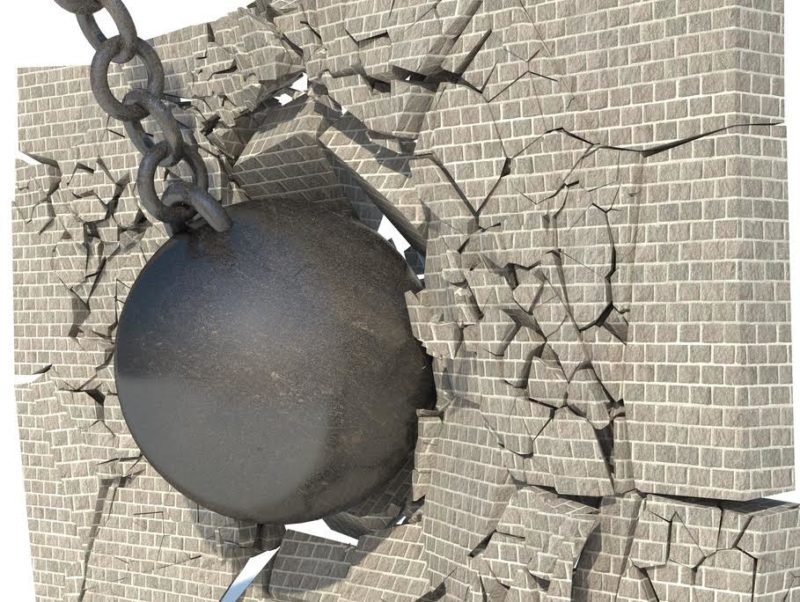 Michael E. Brown, professor of planetary astronomy at the California Institute of Technology, is largely credited as the scientist who downgraded Pluto from a “planet” to a “dwarf planet,” hence why my children learn today that there are eight planets, while I learned as a child that there were nine.

In How I Killed Pluto and Why It Had It Coming, Brown describes the many objections brought about the cost of “killing” Pluto, and his desire for scientific objectivity to reign supreme. When one colleague asked him, “Don’t you think it would overall be better for astronomy to have new planets discovered rather than have old planets killed?,” Brown responded, “I think it’s better to get it right” (p. 126).

What we choose to count is not trivial. What we choose to count tells a great deal about how an organization defines success and where it wishes to go. Counting the wrong things and devoting tremendous resources to counting them can be fatal for any organization that wishes to reinvent. Regarding this, the eternally quotable management theorist Peter Drucker wrote that, “There’s nothing so useless as doing efficiently that which should not be done at all.”

Why USY Membership Had It Coming

This past March, USY “killed” membership. Well…sort of. As a matter of policy, our organization decided that any child in a Conservative synagogue should be automatically eligible for USY, and that we would no longer collect individual membership dues from teenagers. Starting July 1, a synagogue can pay an annual fee that enables an unlimited number of teenagers between grades 5-12 to be eligible for our programs. And lest you think that you will see in August that somehow USY’s membership numbers magically “doubled” in a matter of months, I am sorry to disappoint you. We are not playing numbers games; we are abolishing membership as an operating concept of our success.

For those familiar with USY or any Jewish youth organization, this is the equivalent of taking a wrecking ball to an iconic category of what it means to be “in” USY. As a freshman in high school, I carried USY membership applications in my backpack and gave them to teenagers on the bus each day at my public high school until I got back a completed form and a $40 check (clearly, fate identifies the USY lifers at an early age). When I was a USY regional president and international officer (#humblebrag), I received monthly reports from the USY office tracking how many year-to-date members were in my region. And although USY has been my Jewish home since I was 14, I suspect I would have a similar story if I grew up in another Jewish youth movement. The story of most youth serving organizations in the Jewish world cannot not be separated from the story of membership.

And yet, anyone previously involved in USY knows that the relationship between membership numbers and “success” was always superficial, at best. Over time, it almost became a joke. I lost count of how many USY elections I attended where I listened to prospective candidates rail against “paper membership,” or how many USY election bingo boards I filled out where the goal was to listen for the first candidate to say regarding membership that “we need quality, not quantity.”

And yet as some organizations transitioned away from membership models like Hillel, others were created with no membership like Chabad Houses (I’m a Chabad superfan), and even many brick-and mortar synagogues created alternative membership models, somehow USY membership remained the same.

Beyond that, most of my predecessors in this position wrote proposals going back decades advocating for the elimination of the membership system, arguing that it was logistically burdensome, a barrier to participation, and irrelevant to defining USY’s success. My predecessors paved the way for what USY will finally achieve; it is better to be late to the party than to not show up at all.

Membership As an Iconic Practice

Herminia Ibarra writes in the MIT Sloan Management Review that organizations that have transformed have engaged in the pursuit of “identifying and then eliminating…iconic practices: practices that are emblematic of historical cultural values but whose continued existence sends mixed messages about the organization’s desire to change.” Membership was an iconic USY practice for decades, and like so many iconic practices, over time the only reason we counted membership was because we had always done it that way.

But Ibarra points out that “a good way to identify iconic practices is to note which customs, seen from the outside, seem to involve an inordinate investment of people or time.” USY membership was not about our logic model; it was mostly about paperwork and who could vote in USY elections. For a while, it was a major source of revenue; today, philanthropy is far more important. Yet like a classic iconic practice as defined by Ibarra, membership persisted long after becoming “stale, meaningless, or even counterproductive.”

Eliminating membership enables USY to develop a system to define success and engagement on our terms, and to spend time on what best serves those objectives. We are hardly the first organization to do this, but the embrace of this model by our board, congregations, staff, and local teen engagement professionals was almost unanimous because of the united sense that it was time to make a change.

The Courage of Eliminate

I could use this article to tell you that USY is completely “transformed” because we changed what effectively amounts to a revenue line item in our budget, yet that would be putting a cart before the horse. But Ibarra notes that “more important than what leaders decide to implement is what they have the courage to eliminate.”

Starting in July, USY, and more importantly USYers, are free. Free to measure what matters. Free to engage in mutual accountability not based on who signs up the most teens, but who can demonstrate that they transformed the most Jewish lives. Free to empower Jewish teenagers through creating exceptional Jewish experiences.

Just the thought of this makes me smile.

Rabbi Joshua Rabin is the senior director of USY.  USY empowers Jewish teens through creating exceptional Jewish experiences, transforming Jewish lives by inspiring Jewish teenagers to care more about their Judaism. You can read more of his writings at www.joshuarabin.com.