Donating, fundraising and the First Amendment 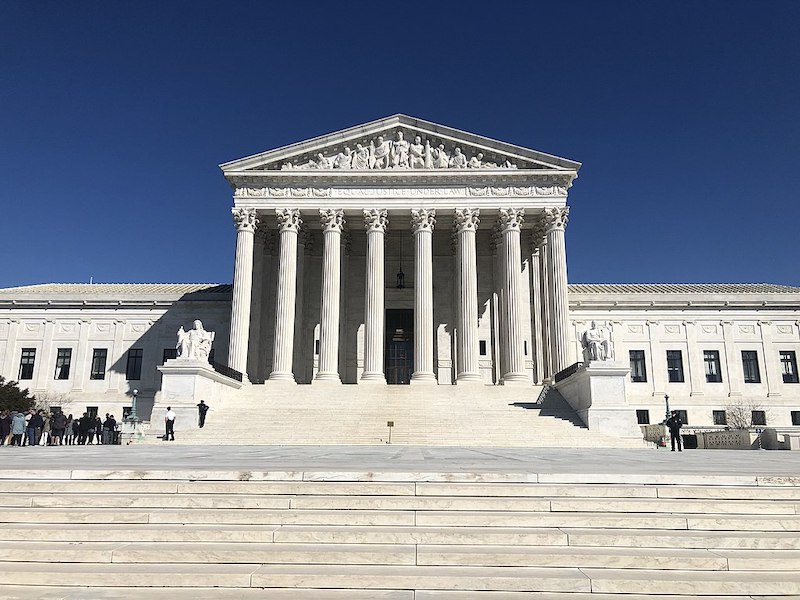 Depending on whom you talk to, Americans for Prosperity Foundation v. Bonta, which came before the Supreme Court yesterday, is about one of those things, or the other. That case — and a second one before the court, with which it is paired, Thomas More Law Center v. Bonta — challenges a California law that requires the disclosure of charitable donors’ names for contributions over $5,000. The nonprofits claim that the law exposes donors to potential harassment, violating their First Amendment right to freedom of association. The state of California argues that it needs the law to prevent fraud and self-dealing.

Senate Minority Leader Mitch McConnell (R-KY) filed an amicus brief supporting the plaintiffs, describing the “great practical harm” — from boycotts to violence — that can come to individuals when their support of unpopular views is made known. In their brief supporting California, a group of Democratic senators urged the justices to consider the challenges as another effort by powerful interests trying to camouflage influence that has already grown due to the Supreme Court decision Citizens United v. Federal Election Commission, which found that the government limits on corporate political spending violated the right to free speech.

Just the facts: Both plaintiffs are tax-exempt 501(c)3 organizations known for their advocacy of conservative causes. Founded in 2004 by Charles and David Koch, the Americans for Prosperity Foundation describes its mission as educating people about the value of a free economy. Under this banner, it funded the Tea Party movement, which helped Republicans win majorities in both the House of Representatives and the Senate during the Obama administration. The Thomas More Law Center, according to its latest tax filing, is both a litigation and education organization that works in the service of such causes as morality, the family, national defense and the sanctity of life.

California’s donor disclosure law requires that charities fundraising in the state register and list donors who contribute more than $5,000. The federal government, Hawaii, New Jersey and New York also require this information of nonprofits, but keep it confidential. California says it does the same, but the Thomas More Law Center contends that the state has leaked donor names “like a sieve.”

Unlikely allies: The legal question of the extent to which the state can regulate fundraising — either the ask or the gift — without infringing on freedom of speech or association goes back about 80 years, writes Joseph Mead, a professor at Cleveland State University who studies the intersection of the nonprofit sector and the First Amendment, in online academic journal HistPhil.

The first of these cases, Cantwell v. Connecticut, centered on religious speech. Jehovah’s Witnesses were arrested for soliciting donations without a license in Connecticut. he Supreme Court unanimously ruled that they had the right to ask strangers for donations. Though that case was about asking, not giving, it was the first of many in which the court treated charitable activity in general as “entitled to the highest level of First Amendment protection,” and even as “more sacred than commercial speech,” Mead writes.

The court had good reason to protect donors who wanted to keep their identities confidential, Mead writes, arguing that state and federal governments have a track record of using disclosure requirements to target minority groups and their organizations. In 1964, the Mattachine Society, an early gay rights group, lost its license when it refused to make public the identities of its supporters after coming under attack by then-Rep. John Dowdy (D-TX). After the Supreme Court’s 1954 Brown v. Board of Education ruling desegregating public schools, some southern states used donor disclosure to try to shut down the NAACP. Four years later, the Supreme Court ruled in NAACP v. Patterson that such mandates would undermine the NAACP’s freedom of association.

The big precedent: Patterson, now more than 60 years old, has caused groups typically considered liberal to back the Americans for Prosperity Foundation and the Thomas More Law Center. The NAACP Legal Defense and Educational Fund, the American Civil Liberties Union and the Human Rights Campaign, an LGBTQ advocacy group, filed an amicus brief largely agreeing with the petitioners.

Edward Queen, director of ethics and servant leadership at the Emory Center for Ethics at Emory University and a consultant to Jewish federations on philanthropy and ethics, said these cases are primarily about privacy, and it’s essential that the Supreme Court rule in a way that protects Patterson, especially in a time in which social media allows the rapid and wide spread of information. Queen added that as a Jewish ethicist, he thinks donor disclosure regulations could violate the spirit of the prohibitions against lashon hara, or evil tongue — speech that is financially or emotionally damaging.

But Rabbi Mira Wasserman, director of the Center for Jewish Ethics at Reconstructionist Rabbinical College, warned specifically against connecting these two new cases with the Patterson, saying that the physical harm that could have been inflicted on NAACP donors shouldn’t be equated with internet-shaming or job loss.

“The goal of protecting identities there was directly connected to other Jewish values about justice and human life,” she says. “Those are the overriding values from a Jewish perspective — not privacy.”

Both Queen and Leslie Lenkowsky, a professor at the Lilly Family School of Philanthropy at Indiana University with an expertise in ethics, invoked the value that Judaism places on anonymous giving as a shield for the recipient’s dignity as relevant in these cases, but Wasserman disagrees. Traditionally, anonymity worked as a check against the power of donors, but here, it’s acting in the opposite way, as an enhancement of donor power, she says.

Political donations: All of the ethicists, however, agreed that in having these conversations, there should probably be finer distinctions between certain kinds of charities. When the giving in question is more political than traditionally philanthropic, as in the activities of Americans for Prosperity Foundation, transparency is especially important, said Wasserman and her colleague, Rabbi David Teutsch, the Center for Jewish Ethics’ founding director.

“Political giving is in your own self-interest. The rules of tzedakah [charity] are not relevant,” Teutsch said. “People are attempting to manipulate the body politic and in those cases, disclosure is part of the public defense against the manipulation.”

Queen and Lenkowsky also said there is value in the public knowing who is funding advocacy, but Lendowsky said that’s a question for Congress, not the court. In the meantime, privacy is still of paramount importance. Diminished privacy rights could weaken the entire philanthropic endeavor, but other societal mechanisms — like a free press — will keep the public informed about the activities of the wealthy and powerful.

“It’s not so much an ethical issue as getting the legal framework in better shape,” Lendowsky said. “I would not be surprised if the ruling was narrow and tried to get Congress to address these legal distinctions.”