Beyond shakshuka: Lessons from an Israeli breakfast in combating juvenile hunger

A hungry student is typically unmotivated, distracted or angry, leading to behavioral problems and educational deficiencies. Even the most ambitious and creative students will be unable to concentrate on an empty stomach.

For the majority of people, the idea of “School Breakfast Week” will probably pass by without most giving it even a second thought. Just another awareness day or week on the calendar. 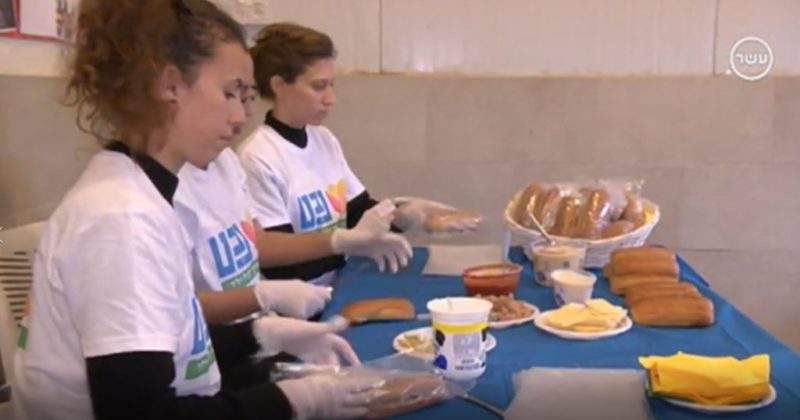 Certainly, for as long as most of us can remember we were told that breakfast is the most important meal of the day.

Here in Israel, this is an understanding that is deeply embedded in our national culture. We take breakfast extremely seriously and for those of you who haven’t enjoyed an Israeli breakfast, trust me when I say that you’re missing out.

The very basis for our heavy investment in this meal is rumored to originate in the agricultural focus of the early settlers of modern Israel. Every morning, workers would awake well before dawn on kibbutzim (communal farms) all across the country. The diverse breakfast menus that have come to define our culinary identity would provide the “fuel” to get them through the hot summers and rainy winters and transform our country into one of the world’s most successful farming and productivity nations.

Because of our love for breakfast — and for food in general — we are particularly pained by increasing evidence of tens of thousands of Israeli schoolchildren who come to school without breakfast. That lack of this key meal is not because they were rushed in the morning and didn’t have time to pack food, but simply because they have nothing to eat.

A hungry student is typically unmotivated, distracted or angry, leading to behavioral problems and educational deficiencies. Even the most ambitious and creative students will be unable to concentrate on an empty stomach.

While tackling all-encompassing social and educational reforms to address these challenges in school are daunting, and certainly challenging to implement, from experience we can say that there is a relatively easy response to addressing hunger in schoolchildren.

And the answer is nothing more complicated than the humble sandwich.

Very similar to the cultural origins of the Israeli breakfast described above, the sandwich in Israeli school culture is also a staple- both nutritionally and socially. Every day around ten in the morning, classes pause while students take out their “aruchat esser” (Hebrew for 10 o’clock meal). As most children typically don’t eat a full breakfast before school, the design of this meal  ensures that a child gets a healthy nutritional pickup to get through the school day.

Our organization, Nevet, has taken on the role of providing those sandwiches every day to thousands of Israeli children who can’t afford them. And yes, even in 2022 there are a growing number of families from all ethnicities, religions and walks of life, who can’t afford to send their children to school with even a simple sandwich.

In order to spare the children the humility of “handouts,” teachers and local volunteers in 238 schools around the country prepare the daily meals before opening hours so that they are ready for discreet pickup by the students as they walk into school. What started in 2016 as a basic concept now delivers over 11,000 sandwiches a day –- that’s over 1.75 million sandwiches every year, and our student recipients, thankfully, don’t even know we exist. They only know that their teachers and school cares for them enough to provide something simple to get them through the day.

The feedback we appreciate most is when teachers speak about how this simple change has made an enormous impact on the emotional and developmental impact of the students. Violence on campus and cutting class is way down in schools that participate in this program, as well as a lower need to prescribe medications used for scholastic success. Principals report major improvement in concentration, respect and a growing feeling of trust between student and teacher, and reaching educational milestones.

We firmly believe that beyond the very practical impact of giving a child the basic nutrition he or she needs, the long-term vision of taking hunger out of schools completely with a universal school breakfast program will save our children from the painful stigma of being the ‘poor kid.’ And that is exactly why we are working with the government ministry to implement such a program at schools as many other Western countries have done. Our vision is to create an educational environment that would remove that unequal playing field of the haves and have nots. School can be challenging enough on its own with all sorts of academic and social pressures and no child should have to face extra emotional pain because of the meal that their family can’t afford.

Some plans to reverse childhood poverty and social alienation are complex and require ambitious networks and strategies.

And sometimes, they just involve making sure a kid in need gets the school breakfast he deserves.

Rotem Yosef-Giladi is CEO of Nevet, an Israeli nonprofit that provides healthy fresh sandwiches to students who need them.