The auction's mission is to attract American support beyond Israel's most famous art collections. 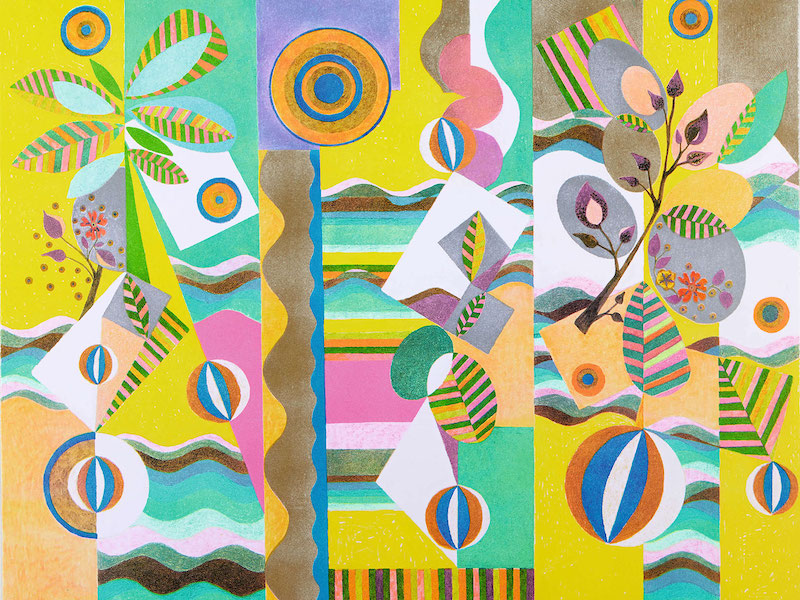 Courtesy of American Friends of Museums in Israel

In 2019, the artist Jeff Koons made headlines when his sculpture “Rabbit” sold for $91 million — a record for a living artist.

Starting today, two more works by Koons will be going on the auction block. And while they are unlikely to set records, they were donated by the artist to support a cause across the ocean from his home base of New York City: a consortium of small Israeli museums.

The Koons sculptures are two of more than 70 items being auctioned off by American Friends of Museums in Israel, which fundraises for a group of relatively obscure Israeli museums in Haifa, Jerusalem and the Tel Aviv suburb of Holon. The auction, an annual event, aims to draw attention to the museums by catering specifically to art lovers with some disposable income.

The starting bids range from $200 for an etching by Hermann Struck called “New York, Brücke und Schornstein,” to $20,000 for one of Koons’ pieces, a 2020 sculpture made of porcelain with metallic chromatic coating called “Diamond (Red).” A diptych by Walter Niedermayr, called “The Aspen Series 205/2009,” is also going for that price.

While predicting art auctions is difficult year-to-year, last year’s auction raised $188,000 from 30 bidders. Overall, the American Friends organization has raised more than $1 million on behalf of the museums collectively since 2015.

“In terms of fundraising, since there is a natural interest in art, it was obvious that this was a great way to raise money,” Enid Shapiro, executive director of the American Friends group, told eJewishPhilanthropy. “Get artists to donate work and sell it online or in person.” She said art collectors and galleries also donate works.

She added, “It always surprises me who decides to give. I can’t guess, so we ask artists that we respect and admire, and we’re always surprised by who wants to help Israel.”

Koons, who is best known for his metallic sculptures in the form of balloon animals, did not respond to a request for comment, but has donated his work to the American Friends organization in the past and has been honored by the group. He also created a show for the Tel Aviv Art Museum in 2020 whose opening, in early March of that year, he had planned to attend. When the onset of the COVID-19 pandemic restricted travel, he appeared via video and said he was “really thrilled to be able to show my work in the Tel Aviv museum,” according to the Times of Israel.

During the pandemic, which created financial difficulties for the museums, the art auctions were a useful fundraising tool, Shapiro said, because they’re virtual and the bidders do not need to pay taxes on their purchases. Online art sales also grew during the pandemic. The auction is being facilitated by Artsy, a digital auction house.

“In terms of fundraising, we could go online quickly with art,” Shapiro said. “Ten years ago, eight years ago, nobody bought art online… With COVID it accelerated and there’s not that hesitation that you would think.”

Shapiro’s mission is to attract American support beyond Israel’s most famous art collections, like the Tel Aviv museum or Jerusalem’s Israel Museum. Before she began working full-time in the philanthropic world, Shapiro was a social worker who felt a connection to Israel and who enjoyed spending time in New York City’s art museums, especially The Frick Collection, a smaller institution that she said feels “personal” and “warm.”

Since 2015, Shapiro has been working on behalf of eight Israeli museums that provide a similar feel — all of which are lesser known, cover niche subjects and, Shapiro feels, are more intimate. They range from a museum of Japanese art in Haifa to the The Tower of David Museum in Jerusalem’s Old City.

To choose which museums to support among the approximately 200 in Israel, Shapiro’s organization looked at the quality of the collections, the professionalism of the staff and their dedication to their respective museum’s mission.

“Their commitment was so obvious when we spoke with them,” Shapiro said. “There’s a warmth to all the museums we represent, in terms of the staff, their commitment. I feel a closeness to each museum because I feel close to the people.”