The task force that determined the funding's areas of focus spanned the political and religious gamut of the pro-Israel community. 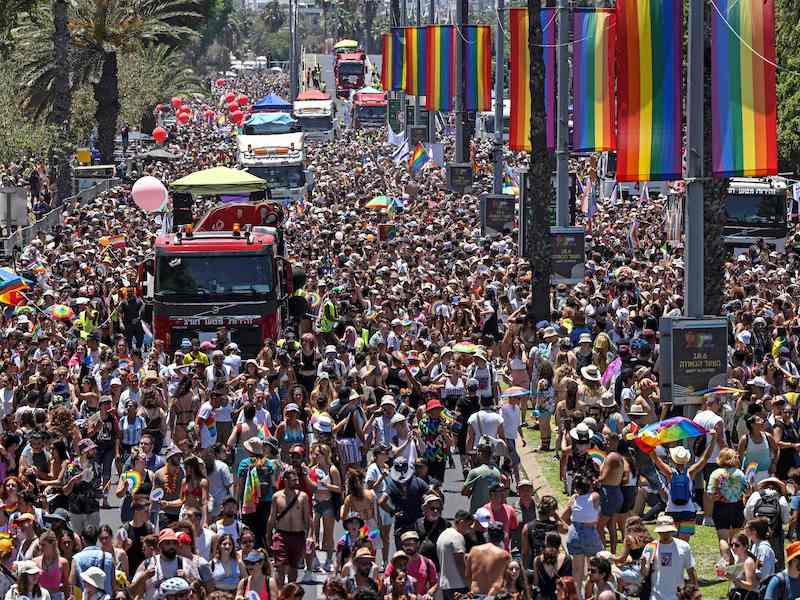 Participants march during the annual Pride Parade in Tel Aviv on June 10, 2022.

How do established Jewish organizations bridge what feels like a growing gap between American Jews and Israel? It’s a question that has loomed over Jewish groups for years. Now, Washington, D.C.’s Jewish federation is putting $800,000 toward addressing it and, its leadership hopes, narrowing the gap.

The money will be allocated in a series of one-year grants to 21 groups that are meant to showcase the diversity of Israeli society — from Aguda, a group for LGBTQ Israelis; to Hand in Hand, a network of Jewish-Arab schools; to Encounter, which brings American Jews on trips to Palestinian areas of the West Bank; to Tech Careers, which provides job training to Ethiopian-Israeli women.

“That was a big part of where the task force came out — around building relationships, and how to connect American Jews in a deeper way not only with Israel as a country, but Israelis as a people,” Gil Preuss, CEO of the Jewish Federation of Greater Washington, told eJewishPhilanthropy of the group formed to choose the grantees. “That’s how you change this dynamic that a lot of people are struggling with, which is an increasing gap between American Jews and Israel, particularly among young people.”

The funding comes from the federation line item that was previously dedicated to Washington, D.C.’s erstwhile Israeli sister city, Beit Shemesh. It’s one-fifth of the approximately $4 million that the federation gives to overseas groups. The rest of that money goes to federations’ traditional overseas partners — The Jewish Agency for Israel, the American Jewish Joint Distribution Committee and World ORT.

To select the groups, the federation assembled a task force of clergy, community members and professionals that came up with three areas of focus — immersive experiences, dialogue and innovation — and then solicited applications from nonprofits. It held a “Shark Tank”-style pitch process for the 40 applicants. The task force spanned the political and religious gamut of the pro-Israel community. “We didn’t search for Kahanists [and] we didn’t search for non-Zionists,” Preuss said.

“We had different views of people in the community in terms of political views, Israel involvement views, Orthodox, Reform, Conservative,” Kevin Fishkind, who serves as the federation’s vice president for strategic planning and allocations, told eJP, adding that the federation’s paid staff also played a large role in the process. “We had people who were notoriously more critical of Israel’s government vs. supportive of Israel’s government… It’s difficult to pull together people from different sides, particularly when it comes to Israel.”

The federation sought out people “who are actively building a collective Israeli society, as opposed to those who are seeking to differentiate and divide,” Preuss said. “Who are those organizations that are actually trying to bring people together in conversation?”