Editors focused on trying to capture the broader range of the Jewish teen experience, and the uncertainty many teens feel about the political and social upheavals of the past few years, 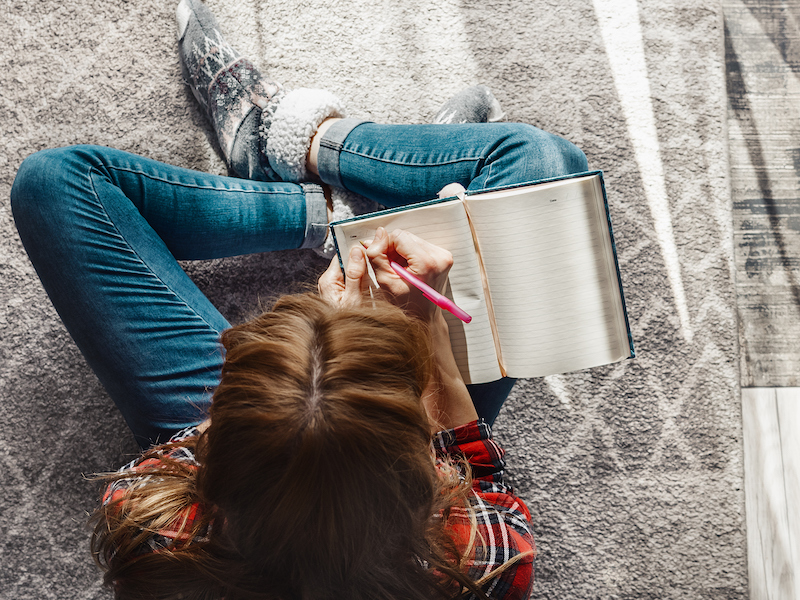 JGirls+ Magazine, a teen publication by and for Jewish female, nonbinary and trans teens, released an anthology last month titled “Salt and Honey: Jewish Teens on Feminism, Creativity, and Tradition,” with 78 works from 62 contributors.

The Jewish community “likes to performatively look towards what young people have to say, and pick a young person who is incredibly eloquent and articulate and be like, this is the young person that we’re listening to,” Maya Savin Miller, a college freshman co-editor and contributor to the book, told eJewishPhilanthropy.

“Salt and Honey” aims to challenge that by showing older Jews “all these young people messing up and writing about the messy parts of their lives, and the parts that sort of don’t make sense to them,” she said. Savin Miller hopes the anthology will inspire more Jewish teens to write for Jewish publications.

The magazine, which is stylized as jGirls+, is supported by a range of major foundations and organizations including The Covenant Foundation, UJA-Federation of New York and the Jewish Federation of Greater Philadelphia — along with a host of Jewish women’s funds and foundations from across the country. The magazine was launched in its current form in 2017.

“Salt and Honey” came about through a chance encounter in 2019 between Elizabeth Mandel, the founder and executive director of jGirls+, and employees at publisher Behrman House. After learning about jGirls+, Behrman invited Mandel to turn the magazine’s content into a book, with the final product including both previously published works and new pieces, such as essays, poetry, photos and visual art.

Though compiled and edited largely during the pandemic, only one piece is explicitly about COVID-19. Instead, editors focused on trying to capture the broader range of the Jewish teen experience, and the uncertainty many teens feel about the political and social upheavals of the past few years, along with their own developing identities. Mandel is hoping to publish new editions of the anthology in future years.

“I think that this book captures that young Jewish people are deeply wrestling, in the spirit of our tradition, with almost everything,” said Emanuelle Sippy, a college sophomore co-editor and contributor. “That work is… exhausting. And it can also be moving, and it can also be where we encounter joy and community and friends.”