The Jewish Federation of Greater Hartford, along with the Muslim Coalition of Connecticut and other religious organizations, has filed amicus briefs in support of Edge Fitness, a gym chain that maintains separate workout areas for women in its clubs.

The state of Connecticut is suing the business on the grounds that it violates Connecticut’s public accommodations statute, which prohibits businesses from discriminating on the basis of sex, gender identity, race and other categories. The ACLU, GLBTQ Legal Advocates & Defenders and the Quinnipiac University School of Law Legal Clinic filed briefs on behalf of the state.

The Jewish Teen Education and Engagement Funder Collaborative is unveiling the second version of its website, Collective Compassion, today. The website, designed to provide mental health resources to young people and parents and timed to coincide with Mental Health Awareness Month, includes a comic section introducing relaxation techniques and explaining their ties to Jewish wisdom and a course to help adults support people ages 12-21.

The new Chain of Generations Center, a subterranean complex in Jerusalem that uses art and interactive technology to welcome visitors to the Western Wall, will open on May 9 for Jerusalem Day, the Western Wall Heritage Foundation Center announced. Overseen by the foundation, the center is supported American philanthropists Mortimer B. Zuckerman and Ira and Ingeborg Rennert.

Shoshannah Frydman spends a lot of time completing grant applications as the executive director of Shalom Task Force, Inc., a domestic violence prevention and support organization in the New York City area. But because most victims and survivors don’t want to talk about their experiences, she often struggles to provide the information that many funders request. Starting today, when Jewish Women International (JWI) releases “Domestic Violence in the Jewish Community: A National Needs Assessment,” she will have an easier time, she told eJewishPhilanthropy. “There’s a dearth of literature for the Jewish community about domestic violence,” said Frydman, who served on the report’s advisory team. “We have a lot of anecdotal experience. We have limited research.”

From denial to recognition: JWI traces its roots to the 1897 founding of the first women’s auxiliary of B’nai B’rith, the service organization. In the 1950s, it became an independent organization, and in the 1960s its focus shifted toward activism and a focus on women and girls. This report comes almost two decades after JWI first began to research domestic violence and found that most Jewish clergy denied its existence in the community, said JWI CEO Meredith Jacobs. “We heard from rabbis [at the time] that domestic violence didn’t happen in their congregations,” said Deborah Rosenbloom, the report’s lead author and JWI’s chief program officer. “We’d ask, have you ever spoken about it? Have you been trained? If you don’t know what the red flags are, you aren’t going to see them. Rabbis don’t say that anymore.”

A new spur to study: The coronavirus pandemic was a catalyst for this report, as concerns sharpened for people with a range of problems exacerbated by lockdowns: individuals with addictions, disabilities and in abusive domestic situations. “People understood domestic violence in new ways,” Jacobs said. “People were staying at home with their loved ones; they could understand what it was like to be with an abuser.” Charles and Lynn Schusterman Family Philanthropies reached out to JWI with an offer of support for new work on the issue. Together, the organizations generated several ideas before realizing that they needed to look again at the big picture. The resulting effort reached out to every domestic violence program serving the Jewish community, and also drew on JWI’s experience. “We are clearly not immune from the same issues that persist in society,” said Schusterman Family Philanthropies Co-President Lisa Eisen. “At Schusterman, we feel a sense of urgency to help address this challenge as part of our gender and reproductive equity work.”

If opportunity knocks, answer that call to service

“None of us know what we can discover about ourselves until we take a hard look. This self-examination certainly applies to me,” writes Bill Feiler in an opinion piece for eJewishPhilanthropy.

Self-discovery: “My path to volunteerism and the lay leadership of this respected nonprofit came somewhat late, following three decades in investment management. Twenty years ago, my wife and I established a charitable fund at the foundation, motivated by our desire to give back. I was subsequently recruited to serve on its investment committee, and later nominated as a trustee, before becoming chair in 2017. Being chair has been an awesome responsibility—particularly over this past year—and as a result, I have grown in ways I could have never imagined.”

Stepping up: “[C]ommunities do not thrive and grow on their own. Those with the time to invest and requisite skills to contribute must step up, especially in today’s challenging times when so many nonprofits are struggling to adapt and survive.”

Israel education as diplomacy, not advocacy

“We continue to commit such a disservice to our youth, putting them on the frontline to fight for our right to exist, carrying the weight of 2,000 years of exile, when they themselves don’t even know the aleph-bet of their own existence – let alone – Israel’s,” writes Rabbi Leor Sinai in an opinion piece for eJewishPhilanthropy.

Circles Within Circles: In Inside Philanthropy, Dawn Wolfe looks at the giving circle support organization Philanthropy Together on the occasion of its one-year anniversary. Philanthropy Together, which was inspired by a conversation organized in 2017 by the Jewish giving circle network Amplifier, has already delivered on one of its goals, the publication of the first giving circle directory, and has helped launch hundreds of new circles through training and consulting, Wolfe writes. A new focus, according to Sara Lomelin, the executive director: connecting high-net-worth people with giving circles. “Why cannot a very wealthy individual come and say, ‘Hey, giving circle X, I appreciate and I respect the work that you’re doing [and] I am going to match your donation?’ That’s my dream,” Lomelin says. [InsidePhilanthropy]

Next Big Thing: Millennial tech entrepreneurs made newly wealthy when their businesses become public companies are also increasingly enthusiastic about setting up their own private foundations, states Hannah Shaw Grove in a blog post on PhilanTopic. Economic uncertainty and widening income inequality have put a damper on ostentatious displays of wealth, and the result is a feeling of heightened gratitude that’s generating more generosity. “A private foundation, which confers complete donor control and offers an almost limitless toolbox for creative giving, might emerge as the preferred charitable vehicle for this new cohort of donors, which values hands-on, outside-the-box philanthropy,” Grove says. [PhilanTopic]

Gathering Strength: Goldman Sach might change its philanthropic investments in education and workforce assessment to support Black women and girls in response to the verdicts finding Derek Chauvin guilty of the murder of Geoge Floyd, and other funders might do the same, reports Haleluya Hadero in the Associated Press. The realization that in 2017 that less than $15 million of $67 billion in giving from foundations was specified as benefiting Black women and girls helped launch the Black Girl Freedom Fund in September, which calls for $1 billion in contributions for Black girls over the next decade. Corporations have pledged $8.9 billion toward racial equity since the Floyd killing, but according to preliminary data, it remains unclear where much of it is going, Hadero notes. [AP]

Staying And Going: Chicago White Sox Manager Tony La Russa’s Animal Rescue Foundation (ARF), which has matched people who want pets with stray cats and dogs since 1991, is undergoing a period of turmoil that includes a flurry of contradictory public messages from the La Russa family and allegations of a toxic work environment, writes Scott Ostler in the San Francisco Chronicle. La Russa’s wife and their daughter, announced that they were joining the major league baseball manager in resigning in protest of the way the Bay-area based organization was being run, but then Tony La Russa himself issued a statement saying that he had no intention of leaving his position as chairman of the board of directors. “Every offseason I’m there every day,” he said. “I’m around the volunteers. I’m around the staff. You can’t accomplish what we’ve accomplished when you’re toxic.” [SanFranciscoChronicle]

New York State will funnel $100 million in grants and assistance to nonprofit arts organizations over the coming year…  An Israeli rabbinical court has ordered a freeze on reparations payments by the Hungarian government to Hungarian Jewish groups, as three religious denominations disagree on how those funds are divided between them… YAFFED has released “UNEDUCATED: Substantial Equivalency and Hasidic Yeshivas”… Israeli Basketball Premier League club Ironi Ness Ziona has been crowned the new International Basketball Federation Europe Cup champions… 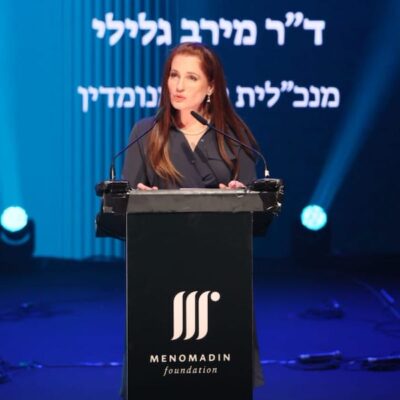 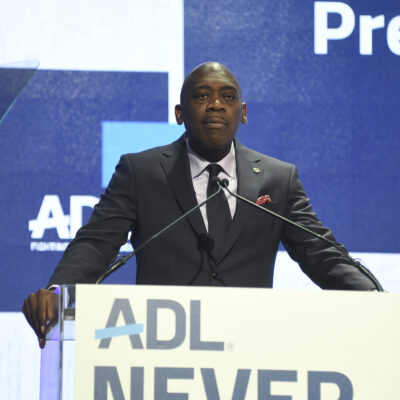 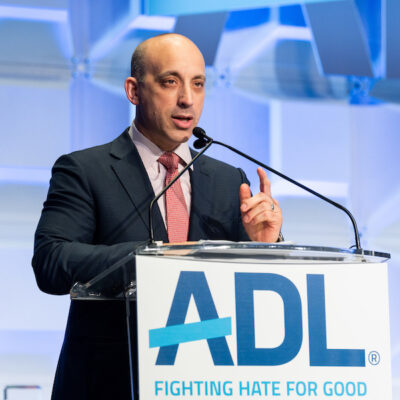 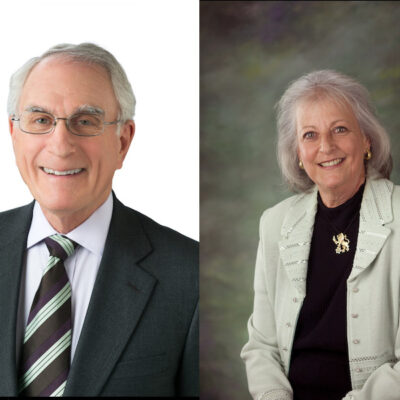 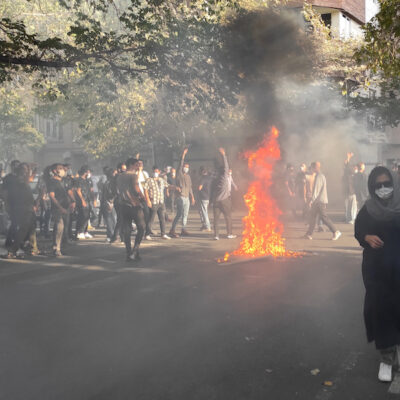