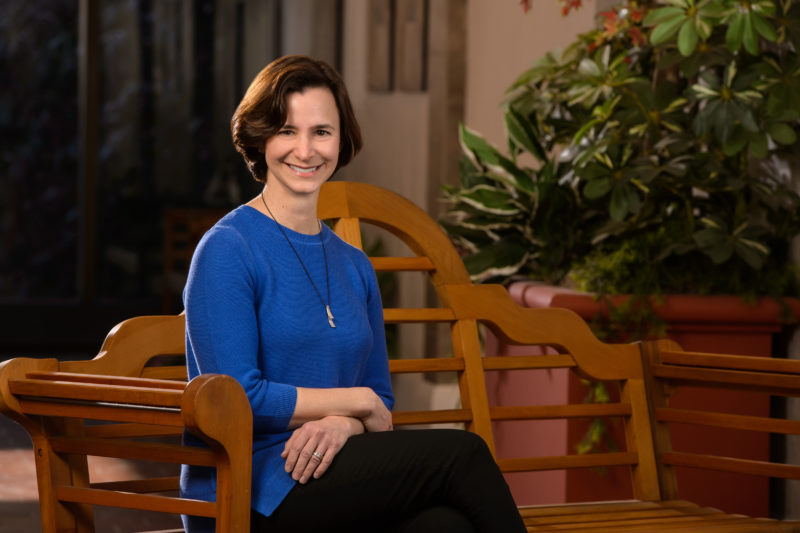 Last March, nobody knew if Jewish sleepaway camps would open for the summer. But the Harold Grinspoon Foundation — known for its support of Jewish camping, and for its PJ Library free book program — did know one thing, said Winnie Sandler Grinspoon, the foundation’s president: Camps would need a lot of financial support either way. The foundation and other donors responded with “All Together Now,” a matching grant program through which camps were able to raise an additional $16 million, and now they’re offering a second round. Grinspoon spoke with eJewishPhilanthropy’s Helen Chernikoff about the initiative, and how she sees government and philanthropy best working together. The interview has been edited for length and clarity.

Helen Chernikoff: Tell us about All Together Now 2021.

Winnie Sandler Grinspoon: When you think about the pandemic and how it’s affecting camps, it’s not just a one-summer problem. A loss of revenue for the entire camp field in 2020 will have ramifications for the camps for quite some time. Beyond that, the pandemic isn’t over, so camps are currently preparing with tremendous uncertainty for this upcoming summer. We were inspired by the community effort that came together last summer, but we know we can’t be complacent.

WSG: The fact that 13,000 individuals were inspired to make a meaningful philanthropic gift to a camp last summer showed the community just how much people value the Jewish camp experience, and what it offers to our kids, our grandkids, our neighbors’ kids. Camps discovered, really for the first time, just how many people were willing to prioritize camp in that way. Many people converted what they had already paid for camp into a donation, and for many it was the largest philanthropic gift they ever made. Also, during the pandemic, PJ Library launched in two new languages — German in Germany, Switzerland and Austria, and Portuguese in Brazil. PJ Library is operating in 30 countries and six languages.

HC:  What are the concerns that keep you up at night?

WSG: I run positive. It’s my personality, and I work to further programs that share the joys of Jewish life and Jewish community. I do continue to be saddened by acts of antisemitism. I’ll tell you a story. My husband’s a physician, and 30 years ago, when he was in training, he came home and told me that a patient with a swastika tattoo demanded another doctor. “No dirty Jew is going to treat me!” That kind of thing. I now have a son who’s in medical school, and he mentioned that he treated a patient in the emergency room who had an SS tattoo. It worries me and it saddens me that 30 years later this is still a reality. And so my hope is that we can figure out how to build bridges among communities, and educate, and reach a different place.

HC: Is there an area of philanthropy that’s just emerging that feels important?

WSG: I’m excited to see in Israel the development of donor-advised funds, and the creation of incentives for philanthropy in Israeli society. Philanthropy has a role to play in all aspects of the community, whether through direct giving, through impact investing, through public-private partnerships, through the sharing of expertise and ideas. I see philanthropy as working creatively, often with more flexibility than other efforts, to solve problems or to assist in the solving of problems.

HC: Can you say more about how public-private partnerships should work?

WSG: Philanthropy has shown up in all different facets of handling the coronavirus, whether it’s been long-term support of researchers or research institutions to helping efforts to get PPE [Personal Protective Equipment] to physicians and healthcare workers, to really creative ideas like paying for transportation to help get healthcare workers to work. Philanthropy can fill in gaps that exist in government support. Another that might be inspiring to talk about in this article: In Israel, the PJ Library is called “Sifriyat Pijama,” and it’s in partnership with the Ministry of Education. Half of the costs is covered by the ministry, half is covered by HGF and some others. We take care of operations; the ministry provides not only financial support but trains teachers in the classroom to leverage the program. We both bring something important to the project, and together we’ll be able to provide books. We do it in Hebrew and in Arabic. We bring books to all of Israel’s children. We’re not changing the policy of the Ministry of Education, we’re looking for synergy. Philanthropy works really well, in my opinion, when there are shared goals, and we come together and operate in ways that take advantage of our unique assets.

HC: How did you find your calling?

WSG: I was busy with my law career, and then I had my first child. Suddenly I was thinking about how my husband and I were going to raise and educate our kids, and what role Jewish life would play in all of that. I hadn’t had a Jewish education myself, so I didn’t know how I would pass on more than the basics. So I began to learn, and I also started buying Jewish storybooks to read with my kids. When my father-in-law asked me to leave my law career to lead the foundation and its signature program, PJ Library, it was an easy decision.

HC: What do you read or do to fuel your creativity?

WSG: I find inspiration in obituaries and the stories they tell of lives well-lived.  This week’s inspiration comes from the life stories of Sir Captain Thomas Moore, and Hassidic rabbi and psychiatrist Abraham Twerski. Whether it is walking laps at age 100 or writing some 80 books on the religious and the scientific, these men used their unique abilities to be a light in the world.