No one has ever qualified for the Malcolm R. Stacey Memorial Scholarship under its original terms. 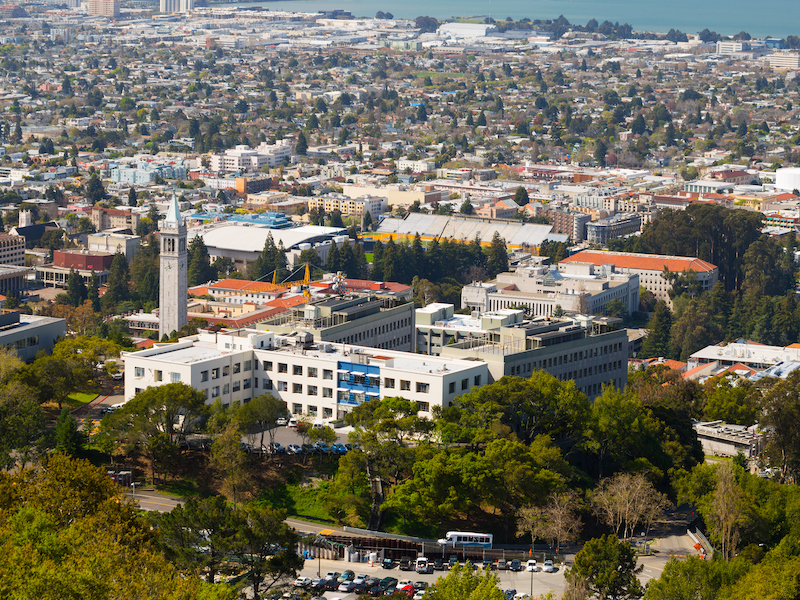 An aerial view of the campus of the University of California, Berkeley.

Joshua Cook didn’t know the backstory of the Malcolm R. Stacey Memorial Scholarship when he applied for it in 2016 while attending University of California, Irvine; he just knew that his advisor recommended he shoot for it.

The scholarship was initially intended for Jewish orphans with financial need who were studying aeronautical engineering, and Cook didn’t exactly qualify. He was Jewish, but not an orphan. He studied biology, not aeronautical engineering, though his grandfather — who died before he was born — worked in aeronautics. It was a fact his mother liked to kvell about, even though, as he told eJewishPhilanthropy, “It has nothing to do with why I applied for it.”

The scholarship was established in 1977 by Harriette Stormes, a computer operator in the payroll and accounting department at Standard Oil in San Francisco who graduated from UC Berkeley in 1926, in honor of her late son, Malcolm R. Stacey.

Stormes is no longer alive, but the scholarship and its narrow terms live on. Today, on the UC common scholarship application, under “ethnicity, national origin, or religion,” there’s still a dropdown option for “Jewish orphan studying aeronautical engineering.” On one version of the online application, it’s sandwiched directly between checkboxes for students of Swedish and Mexican descent.

Obscure scholarships are buried in applications for colleges and universities across the country. The Gertrude J. Deppen Scholarship Fund at Bucknell University in Lewisburg, Pa., is for “graduates of Mount Carmel Public High School, who are not habitual users of tobacco, intoxicating liquor and narcotics, and who do not participate in strenuous athletic contests.” The Gatling Grant at North Carolina State University is “for students who are born with the last name Gatlin or Gatling.”

Scholarships “can be as specific or as general as the donor wants, as long as the institution that accepts the funds agrees to it,” Benjamin Orzeske, the chief counsel at the Uniform Law Commission, a nonprofit that drafts state legislative acts — including the 2006 Prudent Management of Institutional Funds Act, which covers scholarship changes in 49 states across the country, told eJP.

From 1977, when the scholarship launched with $350,000, to 1987, no one qualified for the Malcolm R. Stacey Memorial Scholarship under its original terms. After a decade of sitting in the bank, the endowment had bloated to more than $900,000, the equivalent of more than $2 million today.

It’s not easy changing scholarship stipulations, and the more specific they are, the more likely a scholarship may not be able to be doled out at all. “Anyone can set up a fund to distribute scholarships or bequests to charities,” Stephen Levy, an elder law attorney in New York, told eJP. “The more detailed the instructions, the easier it will be for the people administering the fund to carry out the intent of the donor. At the same time, if the instructions or criteria for disbursing funds is too specific then you run the risk of there being no one eligible to benefit from the fund.”

Scholarship donations, like other grants, can be made two ways: unrestricted, meaning it’s up to the organization to decide how funds are used, or restricted, with exact terms for how the money can be doled out.

“Gift agreements can become outdated if there are restrictions in there that no longer make sense or are impossible to execute,” said Orzeske. “The institution may want to modify the terms of the gift agreement.” He added, “In most cases, if it’s not a controversial change, there shouldn’t be a lot of legal expenses if nobody objects.”

According to the Prudent Management of Institutional Funds Act, a law that has been enacted in every state except Pennsylvania (which has a similar version of the legislation), institutions do have a way to make changes to scholarships, Orzeske said. They can either ask the donor’s permission in writing to change the scholarship’s terms or, if that is impossible, go to court to change the agreement.

In the case of the Malcolm R. Stacey Scholarship, the school is unaware if Malcom Stacey has any living relatives, Tom Vasich, the senior director of communications & media relations at the University of California, Irvine, told eJP. While most people pass down their wealth to family members, Levy said, scholarships are sometimes created when there are no living heirs.

Little is known about Maclom R. Stacey. According to a 1988 article in J. The Jewish News of Northern California,  he was born in 1928 and enlisted in the army, possibly the Air Force, and by the time his mother sought legal counsel to draft her will in 1965, he had died from cancer.

Raymond Levy, the attorney who drafted Stacey’s mother’s will, told J. Weekly that Harriette Stormes was “somewhat of an eccentric.” He said one of Stormes’ grandmothers was Jewish, and Stormes grew more connected to Judaism as she aged. It’s known that before she graduated from UC Berkeley, she married a man named Roland Stacey, though they divorced at some point in her life, but not much else is known, including why the scholarship was directed at orphans.

Because Stormes had died by 1987, the UC Financial Aid and Loan Collection Office had to go to court. In order to request a change in a gift agreement, a school that wants to modify a scholarship needs to prove to the court “that whatever the terms of the current agreement are, it’s no longer possible to execute under those terms,” said Orzeske. “Or there might be some practical reason why they’re counterproductive or they’re not meeting the original goals of the donor. Then the court can order an amendment of the gift agreement.”

Orzeske added that whichever state government agency oversees charitable organizations — usually the attorney general’s office — has the opportunity to object to the change.

The exception to this process is if the gift agreement is more than 20 years old and the scholarship fund totals less than $25,000 ($100,000 in California). In that case, the institution can skip the court and go directly to the attorney general, who can object or approve the change.

Students attain the scholarship through the common application on the UC scholarship site. The funds are managed by the University of California Regents for multiple UC campuses in the Regents General Endowment Pool. When Cook received it, he was given $500.

“$500 in a current university will only get you so far,” Cook said. “It was more of the support, especially from Jewish organizations, that helps a lot.”

Attaining the scholarship helped him feel connected to the Jewish community. He appreciated knowing that “there’s other Jewish organizations out there that are trying to financially support other Jews in their academic endeavors.”

During the last several years, the scholarship award has been higher, especially when the economy is up. “Depending on the number of matched applicants and available funds, the award amount varies from year to year in order to benefit more students,” said Vasich. “We currently have award amounts [in the] range of $3,000 to $5,000 per recipient during an academic year.” Students can only receive it once, but if there aren’t enough matching applicants during any given year, the regents will dive into past applicants. The UC system was unable to tell eJP how large the scholarship’s endowment is today.

Cook said that the money he received allowed him to get “quite a few groceries.”

“Scholarships go to people who apply to them,” he said. “I imagine a very small percentage of students actually apply for scholarships. It’s kind of a shame, but you have to know to apply.”

He believes that other students would benefit greatly from the “moral support” of receiving a scholarship like the Malcolm R. Stacey award. Though he wasn’t an orphan or studying aeronautical engineering, he felt like there was someone nudging him to succeed, who had confidence in him and was caring for him.

“It’s very generous,” he said. “I’m grateful. I think the longer-lasting contribution is just the support.”