Who are the Jewish LGBT households and how involved are they in their Jewish identity?

[One in a series of columns summarizing chapters from the 2020 American Jewish Year Book (published by Springer Nature in 2021 and edited by Arnold Dashefsky and Ira M. Sheskin).]

It is challenging to develop a reliable profile of LGBT (Lesbian, Gay, Bisexual, Transgender, Queer and other) Jews in the U.S.. While the American LGBT community has seen considerable legal and social progress in recent years, discrimination and social stigma remain and the social climate has made it difficult to rely on honest responses to surveys, polls and even the U.S. Census. Hate crimes and hostility toward LGBT people have increased recently, along with antisemitism. Many LGBT Jews feel they must choose between their Jewish and sexual identities, since some Jewish institutions, particularly the more traditional and Orthodox, reject the viability of an LGBT lifestyle. Even when they join an inclusive Jewish group, conflicting elements in their identity often need to be considered and may undermine a feeling of religious or ethnic solidarity with other Jews. Some LGBT Jews retreat from organized Jewish life, while others attempt to broaden the boundaries of organized Jewish life to be more inclusive. 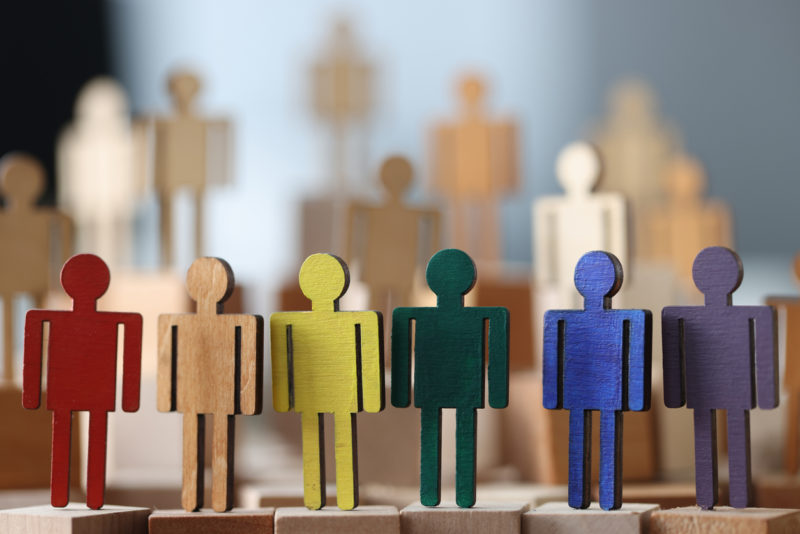 The first gay and lesbian Jewish organization in the world was the Jewish Gay and Lesbian Group formed in London in 1972, followed by gay and lesbian synagogues in Los Angeles and New York. Today, an annual world congress encompasses representatives of Jewish gay and lesbian organizations from Argentina, Australia, Austria, Canada, France, Germany, Hungary, Israel, Mexico, the Netherlands, Spain, Sweden, the United Kingdom, and the US and a virtual resource center at the Institute for Judaism and Sexual Orientation centralizes information for Jewish LGBT, including a number of local and national organizations set up for this community. The 2020 American Jewish Year Book identities six national Jewish organizations with an LGBT  mission (A Wider Bridge, Eshel, Keshet, Linke Fligl, the National Union of Jewish Lesbian, Gay, Bisexual, Transgender, Intersex, Queer and Questioning Students and The World Congress: Keshet Ga’avah).

In the Pew report, Jewish Americans in 2020, about 9% of US Jewish adults reveal they identify as LGBT, a somewhat higher percentage than the approximately 6% of American adults who identified as LGBT in a 2020 Gallup poll. The higher percentage for Jews may be due to the relatively positive attitudes toward LGBT individuals, marriage and parenthood. Jews are significantly more likely to indicate that homosexuality should be accepted by society than is true for the US public, and even in 2013, Pew found that 78% of Jews were accepting of gay marriage, compared to 50% for the general public. The Pew 2020 survey shows that 71% say rabbis should officiate at same-sex weddings, 13% say it depends, and only 15% oppose. It is expected, therefore, that Jews might feel more comfortable revealing their sexual identity in a survey than the general public.

Over the past two decades, more than 20 Jewish community studies have inquired as to whether a household includes a person with LGBT status. Depending on the community, anywhere from 1% to 11% of households indicated the presence of an LGBT adult, with the highest percentages in Houston and Broward (Fla.), and the largest number in San Francisco.

Respondents from LGBT and non-LGBT households differ little in terms of feeling a part of the Jewish community. This, despite the qualitative literature that emphasizes the challenges of negotiating two minority identities, being Jewish and a sexual minority, and suggests the inadequacy of the Jewish communal organizations in embracing sexual minorities. The overwhelming support of the American Jews for alternative lifestyles, as evidenced in the Pew 2013 survey, has apparently filtered to interpersonal encounters in the Jewish community, resulting in greater inclusivity.

The results of this research is reported more fully in Ira Sheskin & Harriet Hartman. 2019. A Profile of LGBT Jewish Households, G’vanim: The Journal of the Academy for Jewish Religion 10: 68-93.

As the climate of acceptance of LGBT lifestyles has broadened, it behooves forthcoming Jewish community studies to include more direct questions of the respondents, so that it will be easier to estimate the proportion of LGBT  individuals in the American Jewish population and in a given community in particular, and to ask LGBT individuals directly (rather than through the household in which they reside) about their experiences with the Jewish community as well as their own private practices. Recent grants available to federations from the Weinberg foundation aim to improve LGBT data.

Harriet Hartman, Ph.D. is Professor Emeritus at Rowan University, Glassboro, N.J. Her main research interests are gender and family among contemporary Jews, Jewish identity, and denominational and geographical variations. She is the editor-in-chief of the journal Contemporary Jewry.

Ira M. Sheskin, Ph.D. is professor of geography and sustainable development and director of the Jewish demography project, Sue and Leonard Miller Center for Contemporary Judaic Studies, University of Miami, Coral Gables, FL. His main research interest is in the geography and demography of American Jews and he is co-editor of the American Jewish Year Book.