What comes next after the Ukraine war?

The sizable Soviet immigration wave to the U.S. was a result of successful American Jewish advocacy efforts and fundraising efforts. While ultimately, it has become a financial and American success story, there is a palpable dearth of integration into the American Jewish communal structure.

While many well-meaning and magnanimous donors have stepped up to the plate to help the immediate needs of Jews and non-Jews in war-ravaged Ukraine, we will need to pivot to strategic planning beyond this crisis soon. As a Soviet-born JCC CEO in the United States whose parents brought him from Minsk, Belarus, to the U.S. in the late 1980s, I feel that I have that visceral feeling I have seen this communal movie before. As a Russian-speaking American Jew, I am hopeful that we can address some history lessons to avoid potential pitfalls in the future.

While the Jewish community excels in mobilizing during a crisis, the example of the 1990s Soviet aliyah (repatriation) exposed one proverbial truth articulated by many newcomers — that Israel loved aliyah, but not olim (immigrants). For example, thousands of egregious absorption mistakes initially resulted in many doctors and scientists sweeping the streets instead of finding retraining programs. These excesses were corrected some years later, resulting in the overall success of this enormous Jewish people’s project, but it also exposed any lack of proactive planning. Unfortunately, not much has changed in the process of absorption of these new olim 30 years later, as many of these haphazard approaches are playing out for these olim after they get rescued, greeted and processed in the Ben Gurion Airport. 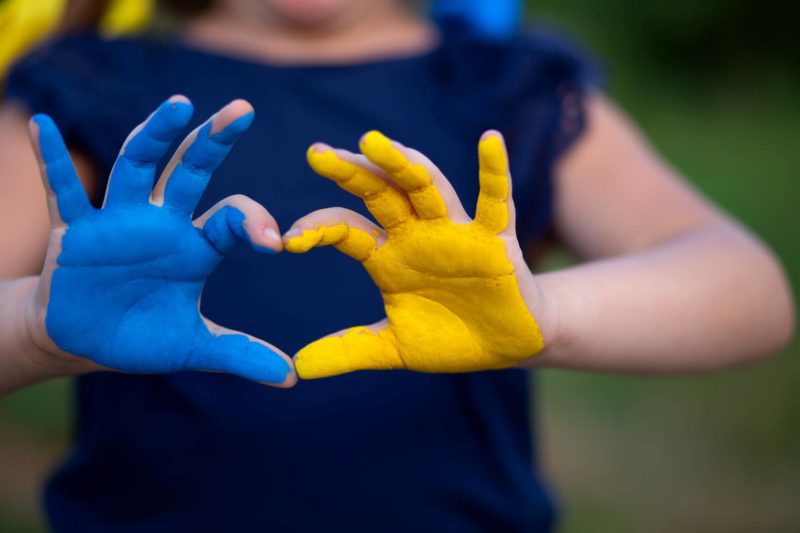 Therefore, it is imperative to learn from our past communal failures to anticipate some potential scenarios for the day after, when the hostilities subside and donors develop inevitable fatigue.

UKRAINE: The country might present some new opportunities for Jewish organizational realignment. Major Jewish organizations operating there were in the process of contracting their financial assistance before this conflagration. Many local existing Jewish organizations were consolidating their resources, withering away, and/or going through attrition or making way for younger, English-speaking, tech-savvy, more innovative and “more Western rather Soviet” style approaches. This process might be rapidly exacerbated since the younger generation of Ukrainian Jews is proud to reclaim and interweave their Jewish and Ukrainian identities. They are supplanting the existing communal voices who grew up as Russian-speaking Jews and remained parochial in their outlook and aspirations, dependent on international donor largesse. Many of these new communal leaders are highly educated and successful and have no intention of relocating from Ukraine. While many are products of mixed marriages, they remain Jewish, often discovering their Jewish roots serendipitously. Many of these secular Jews will also work in tandem or separately with Chabad-trained younger religious leaders who constitute the bulk of most religious communities in Ukraine. This community also experienced an influx of a significant number of Israeli citizens who either lived in Ukraine temporarily or those who returned to Ukraine permanently after their initial aliyah. This trend might increase, as others with Israeli passports and Russian-speaking skills will make their way to Ukraine to participate in its rebuilding efforts. Zelensky and many of his fellow Jewish Ukrainians will be held in great respect in this new Ukraine after the war. I am not so sanguine that  Zelensky would be able to lead the rebuilding process and make potential concessions to Russia. It would be untenable for a Jewish president to make some territorial concessions to Putin, and the rebuilding process will inevitably bring some corruption. It is an arduous task for the Ukrainian national hero who is Jewish to be responsible for its economic and national rebirth.

POLAND:  Some thoughtful colleagues in Poland have stated that they would not be surprised if a large number of Jewish Ukrainian immigrants choose to stay put in Krakow or Warsaw. They would potentially alter the demographic makeup of the Polish Jewish community in the next five years, similarly to the way Germany was forever changed by an influx of over 200,000 people arriving as part of Jewish households from the Former Soviet Union in the 1990s.

GERMANY: There are early reports that there are numbers of Ukrainians with Jewish ancestry who are already disembarking in Berlin and other large cities in Germany. Germany is granting them a  special immigrant status, accepting thousands akin to the more manageable process in the 1990s and early 2000s. More significant benefits and a repeal of the ‘90s regulation that forced many immigrants to settle in small communities with limited job prospects will propel a larger wave of immigrants to settle there. One troubling caveat in the new German legislation states that a newly arrived Ukrainian Jewish immigrant to Israel can abscond after a short period of time and move to Germany legally. This will further entice many of these Ukrainian Jewish immigrants, who were not eager to make aliyah in the first place, or those who were not interested in leaving Ukraine at all.

RUSSIA: Many Jews chose to stay in Russia or return there, after some stay in Israel because of the prospect of jobs and business opportunities there. These days, many of these well-entrenched, highly assimilated Jews find themselves living in a suffocating and increasingly belligerent society, albeit currently devoid of any state-imposed antisemitism of the Soviet Union. They often constitute Russia’s educational and business elite. Some affluent Jewish oligarchs, professional and entertainment elite, are already frantically relocating to Israel. This process will be accelerated further since many of them had obtained Israeli citizenship in the past three years when Israel allowed issuing their passports without the requirement of living in the country for a while. Israel remains the only country for many of them that are eager to roll a welcome mat, as opposed to Ukrainian citizens. Whether or not this new and reluctant olim choose to make Israel their permanent home remains to be seen, but the prospects of those who will stay in Russia seem to be dim and gloomy until there is a regime change.

These evolving real-life scenarios require a steadfast commitment from the Jewish world that is compelled to blend its current waning commitment to Jewish peoplehood and its global Jewish narrative that is not solely focused on Israel and the United States. It behooves us to develop a practical, holistic and realistic strategy, something that we do not collectively excel in when it pertains to Jewish long-term community building and planning. It cannot and will not be addressed by parochial organizational interests or our wishful thinking. It might require collaboration, turf and credit sharing, fundraising coordination, government advocacy, lobbying, prioritizing, humility and self-awareness. All of these are not innate to our collective Jewish ecosystem. This would also involve drafting those into decision-makers who understand the language, collective mentality and culture of these Jews, half and quarter Jews and members of their families living in this collective turmoil.

Perhaps the non-Jewish philanthropic world can provide us with some models. My friend, and colleague, Alex Budnitsky, who runs the Marks JCH of Bensonhurst and spearheads local Ukrainian relief planning efforts, tells me of this sagacious advice from a major nonprofit thought leader in New York: “We are here to listen. When closer to the problem, you are closer to the solution.”

It was refreshing to see this substantial foundation eschewing  the term “grantees,”  referring instead to their funded CBOs as “community partners.”

This strategic planning process would also come at an auspicious time to finally prioritize integrating and engaging those hundreds of thousands who joined the American Jewish community in the past 45 years.