After three millennia of being betrayed by the capriciousness of kings and dictators, Jews should have learned the lesson: It’s dangerous to trust a king. But in fact, that’s only half the lesson: It’s not the king who’s the problem, but a system in which one individual can change the rules of the game at his whim.

The synagogue of “El Tránsito” in Toledo, Spain, is among the oldest and most beautiful in the world, with a sanctuary displaying magnificent Moorish decorations and gorgeous Hebrew inscriptions. Among the verses and invocations, three words are the largest and most ornamented: “HaMelekh Don Pedro” (The King Don Pedro).

Toledo’s Jews were not alone in their obsequiousness to the reigning monarch. Until modern times, being “close to the king” was considered a good strategy for Jews. He granted them privileges and protected them. In most cases, Jews had nowhere else to turn. Gentiles were enmeshed in a broader order of relationships with fixed rights and duties: nobles with their feudal lieges, serfs with the land, tradesmen with guilds and all Christians with the Church. The king was, therefore, the only one who could protect the Jews from an often-hostile populace. 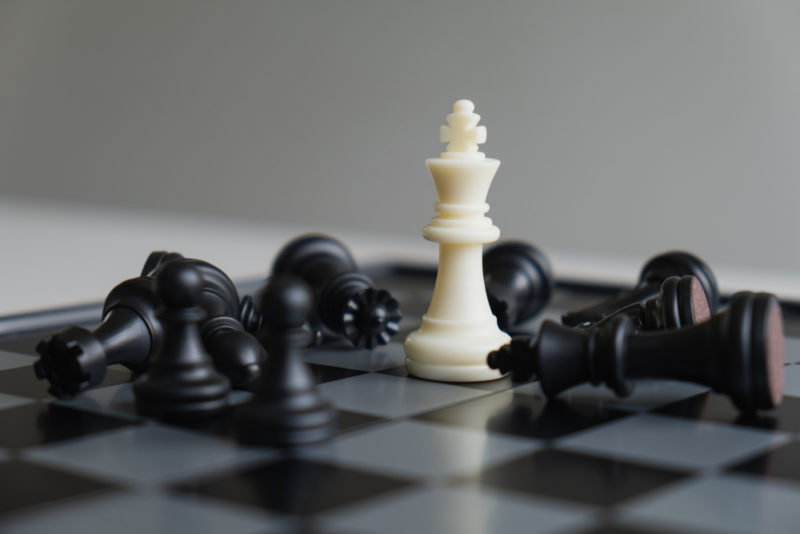 But this proximity to kings never protected Jews for long. The story of Purim is exhibit one. Persia’s King Ahasuerus wasn’t particularly anti-Jewish. He descended from those Persian monarchs who had let the Jews resettle in Israel and rebuild the Temple after the Babylonian exile. He was delighted with his new Jewish queen, Esther, and until Haman appeared in the picture seemed fairly benevolent towards our kind. And yet, he had no qualms turning against the Jews and validating their massacre.

After three millennia of being betrayed by the capriciousness of kings and dictators, Jews should have learned the lesson: It’s dangerous to trust a king. But in fact, that’s only half the lesson: It’s not the king who’s the problem, but a system in which one individual can change the rules of the game at his whim.

What’s really terrifying about the Purim story – and about the medieval kings turning on the Jews – is the capriciousness of it. Ahasuerus didn’t care about the Jews one way or another, but Haman promised him some loot and a good excuse for a feast, so why not? There was no rule of law, no checks and balances, no independent courts, no free press to criticize the move. In other words: In a liberal democracy, the Purim story couldn’t have happened.

It should be unnecessary for Jews – or anybody for that matter – to enumerate the advantages of democracy over dictatorship. And yet, in our times, democracy is endangered by the seemingly irresistible allure of totalitarianism. It seems that every time we experience uncertainty or instability, we start looking with nostalgia to the protection of the autocrat.

This is not new. Amid the stability of the interwar period, for example, there were prominent Jews among early Italian Fascists. Other Jews became communists, seeking a “dictatorship of the proletariat.” I’ve seen this dynamic firsthand: In Argentina, the years before the generals seized power were chaotic, so when the military took over, many Jews welcomed them. Stability, they said, was more important than the niceties of democracy.

Such democratic backsliding did not go well in Italy, communist countries or Argentina. Once Mussolini allied himself with Hitler, Jewish Fascists realized their mistake. After a honeymoon period in which communists fought antisemitism, they reversed course and enacted antisemitic policies. In Argentina, Jews became a favorite target of the dictatorship. Fifteen percent of the 10,000 people killed by the military between 1976-1983 were Jewish — even though Jews made up only 1 percent of the country’s population.

These examples are far from unique: Whenever democracy and liberalism collapses, sooner or later, Jews are targeted. The nostalgia among some Jews for dictatorship rests on a truth: Antisemitism is widespread. But from that truth, some erroneously conclude that we should rely on a dictator because it is easier to convince one person — the autocrat — to protect Jews than to convince millions — the people. What this calculation ignores is the Purim precedent, that the autocrat’s power is a double-edged sword. If one man can decree tolerance for Jews, then one man can decree persecution. And eventually, he usually does. Virtually all totalitarian regimes have ended up persecuting Jews. By contrast, no liberal democracy has ever taken this trajectory.

That is not to say that anti-Jewish actions disappear whenever a country adopts liberalism, but since the advent of liberal democracy — with all its safeguards, norms, and institutions — antisemitism has never had the force of law behind it. Consider the Dreyfus Affair, which many people regard as an example of state antisemitism in a democracy. In fact, the Dreyfus Affair shows the self-correcting mechanisms of democracy. True, people in the French army and government framed Dreyfus, but thanks to a free press, Emile Zola wrote his “J’accuse,” Parliament intervened, the case was reopened and eventually, Dreyfus was acquitted and reinstated.

Antisemitic candidates sometimes win democratic elections, but they can’t persecute Jews while democracy’s checks and balances remain in place; Karl Lueger, who became mayor of Vienna at the turn of the 20th century, managed to exclude some Jews from his administration, but in the end he couldn’t enact a single piece of anti-Jewish legislation. The checks and balances of Viennese democracy never allowed Lueger’s vitriol to become more than rhetoric. Hitler learned this lesson well. Before the actual persecution of Jews could commence, the Nazis needed to (and did) thoroughly dismantle the democratic institutions of the Weimar Republic.

This centrality of institutions is why Jews would be wrong to prefer a friendly autocrat to an unfriendly liberal democratic government. It doesn’t actually matter whether an autocrat is personally antisemitic: Undermining democracy’s liberal safeguards structurally undermines future Jewish safety. Today’s dictator might genuinely like Jews, but after he destroys democratic institutions, what happens if (when) his successors turn against us?

Yet even today, many Jews haven’t learned this lesson and give right-wing populists a pass for flaunting democratic norms, simply because they are friendly to Israel. Others embrace an anti-liberal censorious culture that enshrines “dogmas of thought” and punishes dissent with social ostracism and “canceling.” They both fail to realize that illiberal attitudes generally don’t have an “off button.”

Liberal democracy has not always lived up to its principles. American liberal democracy brutally oppressed indigenous people and African Americans, for example. Democracy does not magically make people just and decent. But once liberal democratic principles are accepted, sooner or later the logic of the system becomes inescapable, a “promissory note to which every American was to fall heir,” as Rev. Martin Luther King, Jr. said.

Of course, liberal democracy is not perfect. But that’s not a bug, it’s a feature. Liberal democracy, with its compromises and power-sharing and managed conflicts, accepts its imperfections and works nonetheless to improve people’s lives.

We Jews need to be unapologetic and passionate in our defense of democracy. Liberal democracy is still the best hope for societal progress, the best habitat for every community’s flourishing, and the best protector of minority rights. Yes, maybe modern liberalism is aligned with Jewish values, but mostly, it’s aligned with unprecedented safety, wellbeing, and freedom for Jews.

On Purim, we celebrate that we were miraculously saved from the whims of a tyrant. Thanks to living in liberal democracies, we don’t need those miracles anymore. Rather, democracy is our miracle, a miracle that now needs our self-interested protection.

Note: Conscious that the defense of liberal democracy is, arguably, one of our society’s most pressing challenges, JFN is devoting one of the plenaries of our March 27-29 conference to this issue. Pulitzer Prize-winning authors Anne Applebaum and Bret Stephens will discuss the dangers posed by illiberal attitudes on both left and right and what we can do about them.