Arya Marvazay of JQ International will become CEO, while KAHAL’s founder takes a seat on the board 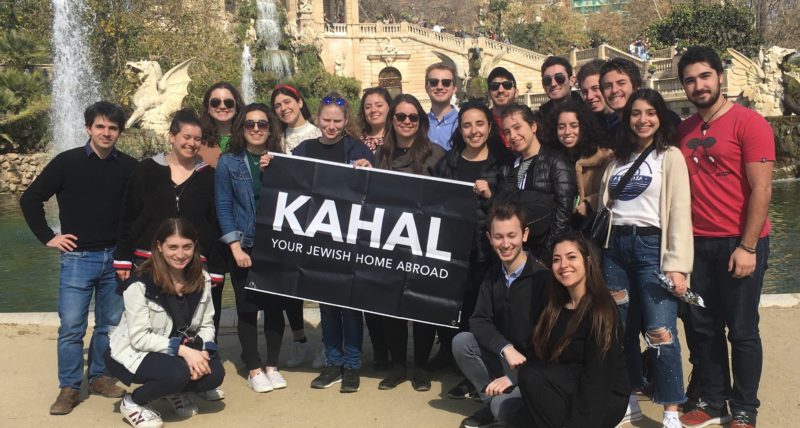 Sade Storthz was thrilled when, as a third-year student at the University of Virginia, she started the fall semester on board a boat instead of on campus. But when Semester at Sea, the popular study abroad option that takes student participants around the world while holding classes on a modified cruise ship, also became “Jews on a Cruise” with the help of the nonprofit KAHAL, the experience became even more meaningful, she said.

Founded in 2013 to help Jewish students studying abroad find a Jewish community, KAHAL gave Storthz resources and a budget to enable her to create a Jewish community on the ship. The group celebrated Shabbat every week, and when they docked in cities with Jewish communities, KAHAL made introductions.

“The pandemic gave us a period of pause and planning,” said Arya Marvazy, KAHAL’s new executive director. “Now we’re thinking about our next chapter.”

Alex Jakubowski, KAHAL’s founding executive director, created the organization while still a student at Northwestern University in Chicago, after studying abroad in Bologna, Italy, he said. He had struggled to make personal connections with the local Jewish community and wanted to make that process easier for other Jewish students. KAHAL has served about 11,000 students through its website and app, he said, which connect Jewish students abroad to the locals and to each other, and provides them with resources to help them create their own community.

Jakubowski, who will enter the pharmaceutical cannabis industry, had been thinking for a few years about stepping down from KAHAL. “Recognizing the unique opportunity brought on by the extended pause in international travel, we found that this would likely be our best opportunity to turn the challenge of transition into a strong opportunity for growth, he said.

When Marvazy takes over, Jakubowski will take a position on the board of directors.

After graduating from the University of San Diego, where he held a leadership position in the school’s Jewish community, Marvazy was hired at San Diego State University’s Hillel. With a degree in psychology, he was interested in the field of industrial organization, so he pursued a master’s degree in organizational behavior at New York University and then went into human resources work.

“I asked myself, ‘Do you really think this is why you’re here on this earth?’ and the answer was ‘No,’” he said. That sent him back to campus, working at Hillel International for four years in Washington, D.C. He tried again to work as a human resources consultant, but felt that the higher pay didn’t offset the lack of personal meaning. It was a turning point, Marvazy said, and he decided to not only go home to Los Angeles, where he had been raised by Iranian immigrant parents, and recommit to a career in the Jewish nonprofit space. He took a job as assistant director for JQ International, the LGBTQ support and education organization, and participated on several international service trips as a member of JDC Entwine, the American Jewish Joint Distribution Committee’s leadership development program. Marvazay wasn’t looking to leave JQ International, but found Jakubowski’s decision to hand over power to a new leader so intriguing he felt compelled to explore the opportunity.

“It’s so unique to pass the torch on when an organization is at a strong point,” he said.

Marvazy’s official start date is May 19, but he’s already started working. KAHAL used the “pause” of the pandemic to hire a consulting firm, Third Plateau, to study its target audience of students in order to make better-informed decisions about what to offer as travel abroad programs restart.

“With the uncertainty of how the world might reopen, we wanted to have professionals collect data from the field of travel and the field of study abroad,” he said. “How are students, young adults, thinking about studying abroad right now?”

Third Plateau is now delivering that information, and it will form the basis of a strategic planning process that will start in June.

Marvazy doesn’t expect that KAHAL will abandon the services it has provided, but said the pandemic might necessitate some shifts in practice and methods.

Marvazy is a leader who thinks first about the people he works with, said Andrew Belinfante, director of engagement at JDC Entwine.

“He understands that at the core of all we do is our relationships to one another and the global Jewish community,” Belinfante said.

As the strategic planning process starts, Marvazy said, one of his goals is to build a culture at KAHAL that encourages passion but protects staff from burnout.