Temple Sinai is not the “shul with the pool” but we have mindfully chosen to acknowledge that a 21st century synagogue needs to provide more than religious worship, educational programs and life cycle ceremonies. 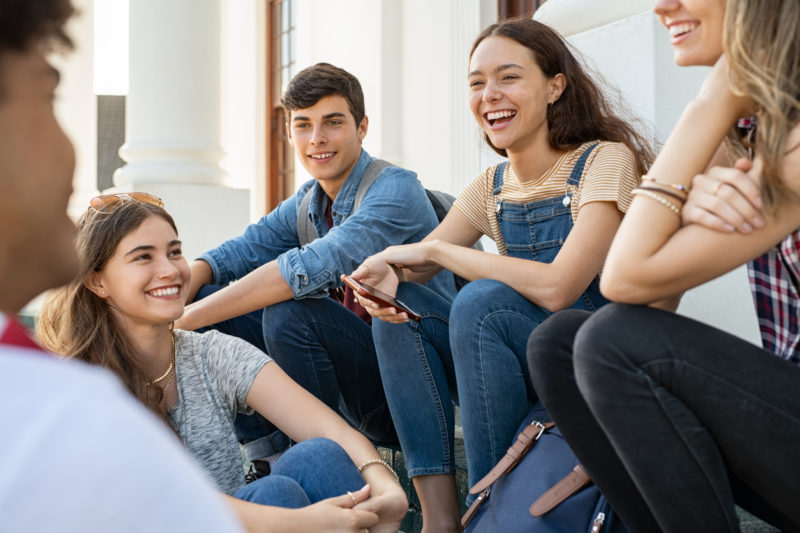 We are not a gym

Like many rabbis and congregational lay leaders, I am watching the trends of synagogue member involvement very closely. It is no surprise to any reader that what used to work is no longer working. But is it even fair to say that it “used to work?” We built buildings that were pragmatic and honest — a reasonably sized sanctuary that could expand for a couple of days a year to accommodate attendance on the High Holy Days. Is that what high-functioning looks like?

At Temple Sinai in Stamford, CT, we have about 1,200 individuals on our membership roster and we see about 50 regular attendees at prayer services, with many others dropping by as their heart needs it. Our religious education program for youth and adults functions about as well as most, but that still only translates to about 170 kids and another 30 adult learners, on average. We have lots of volunteers feeding, housing and advocating for the needs of the larger community — maybe 30 regulars. And we have others who join us for social programming, volunteer leadership and committee work — maybe another 40-50 people. If we were to stretch the numbers and claim no overlap between those groups of people, we’d be regularly engaging about 300 people on a regular basis — but not the other 900. In fact, like a gym that relies on a business model of subscribers who never actually walk through the door, our operations could never handle the addition of 900 participants in congregational activities.

But, we are not a gym and we are not satisfied with a 25% rate of engagement. We believe we can do much, much better. Clearly there will always be members who are focused in other directions. I understand and respect that. But, what about all those folks who find that the core offerings mentioned above are not meeting their needs? I agree with Rabbi Ari Lamm when he encourages congregations to focus on its “core offerings,” even if he and I may disagree on what that is.

So, three years ago, using a methodology I learned as a fellow in the Clergy Leadership Incubator (CLI)  program, we took a closer look at what our core offerings were. Our congregational mission statement ends with: “Growth Happens Here” and so, if what we were offering wasn’t promoting growth for our members then it was on us to close that gap. Rabbi Bethie Miller of Sanctuary, inspired the idea for circles at Sinai and CLI provided the structure through which we brought the community along to a new relationship with their congregation.

We started by sharing an 18-year vision of where Sinai was headed with the board. With their support and enthusiasm, we hosted parlor meetings to bring as many congregants along as possible. We found it necessary to have individual conversations with some (mostly veteran) members who thought that this sounded like a big and unwanted change to their congregation. I developed a design team of smart, creative, trusted partners who often told me what I did not wish to hear — usually that I was pushing for change too rapidly for the system to bear.

Despite these bumps, the CLI program gave us the support we needed to roll out the program and it has grown bigger and faster than anyone could have imagined. Sinai Circles was launched in the winter of 2019 as a small pilot program built on a model that allowed each member to identify an area of interest that they wanted to get more involved in. Thanks to the tireless effort of our director of congregational engagement, five Circle leaders embarked with us on the project — each one facilitating an affinity group. Some were what you might expect at a synagogue — like the Shabbat Dinner Circle to share a love of being together on Friday evenings. But we also launched the Temple Heads Circle, which allowed participants to share their love of the Grateful Dead. There was the Mom’s Night-Out Circle, to get religious school parents to enjoy each other’s company beyond “hello” at school pick up. The Sandwich Generation Circle supported those who were living that well-known and challenging chapter of adult life. The Circle leaders were asked to hold sessions once a month (ideally in a home vs. in our building) and the group sizes were kept small — 14 people maximum, to allow for real relationship building. The leaders were also, themselves, members of the Circle Leaders’ Circle that I facilitated. It was designed as both a teaching laboratory where I could model meaningful leadership for them, as well as an environment in which they could glean the benefits of new friendships at the same time. Every one of the leaders could rattle off our core principle: The Circle is not about the activity — it is about the relationships. The activities together are just the vehicle for relationship building.

Notwithstanding the emergence of the global pandemic that required us to pivot and make most of the Circle offerings happen virtually as opposed to in person, the first round of participants reported great appreciation for these new offerings of the congregation. The second round of Circles saw 15 new options and this year, the third cohort, we are running 23 Circles! There are Circles for families and others for kids, and led by kids. We have explicitly “Jewish” Circles like the Torah Nerds (they chose their own name) who love to leyn for the congregation on Shabbat and the Prayer as Poetry Circle. But, we also have the Shmaltzed Lightning Circle (car lovers) and Breaking the Cycle Circle (a group who are fundraising and will travel to Africa to break ground on a new school in a few months). You can see all the program parameters and Circle offerings here.

We have about 220 people actively participating in a Sinai Circle this year. One of the most exciting outcomes is the change we can measure in levels of individual engagement. Many of this year’s leaders were last year’s Circle members. Some of the participants have taken on new (more traditional) roles at the congregation. Some prospective members have even joined Sinai so that they could participate in the Circles program. All have added value to their relationship to our congregation. The metrics we have used (both quantitative and qualitative) confirm an enthusiastic and satisfied group of individuals who have realized the new role their congregation can play in their lives. I cannot wait to see what next year’s Circles will be — but, of course, that’s entirely up to the community members!

Temple Sinai is not the “shul with the pool” but we have mindfully chosen to acknowledge that a 21st century synagogue needs to provide more than religious worship, educational programs and life cycle ceremonies. Congregations need to help their members realize how much they have to gain by entering into relationships with each other at a time when contemporary life can move far too fast and may be lacking in deep human relationships. We need to help our members realize that the congregation can help them flourish and, in doing so, the community itself becomes stronger as well. Sinai Circles has proven to be one successful method for providing just such an opportunity.

Rabbi Jay TelRav has served as the spiritual leader of Temple Sinai in Stamford, Conn. for the last 10 years. He enjoys kayaking by himself, hiking with his partner, Julie, and woodworking with his children, Amitai and Nili.