RootOne’s partnerships with over 40 trip providers and 30 educational providers across the spectrum of Jewish life in Israel and North America make it one of the broadest initiatives in the Jewish communal ecosystem. In two summers, even with Covid anxiety, more than 9,000 Jewish teens traveled to Israel with RootOne.

It was Kabbalat Shabbat at the new train station in Jerusalem. I was introduced to someone as the CEO of The Jewish Education Project. A few minutes later she returned with her two teenage sons, both of whom shook my hand and thanked our organization for providing them with a RootOne voucher that made their first trip to Israel possible this summer.

It was the opening ceremony of the Maccabiah Games at Teddy Stadium. The family sitting next to my Jewish Education Project team and me told us how excited they were to be in Israel — to meet up with their daughter who was participating in a RootOne program. They added that in preparation for their visit, the whole family participated in RootOne’s online learning program so that they would know more about the country they were all going to visit for the first time. 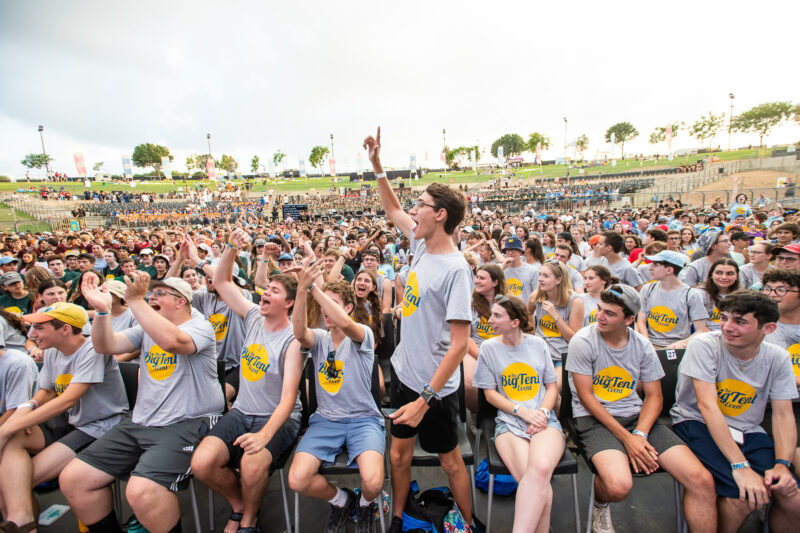 It was the RootOne Big Tent Event in Rishon LeZion. I was introduced to 4 teenagers, two Israeli and two American, although at first glance it was impossible to determine which teen came from which country. These teens had met that afternoon for the first time in person — after spending more than 5 hours talking to each other online, in a program sponsored by ENTER: the Jewish Peoplehood Alliance, designed to do exactly what I was seeing before my very eyes — create connections, relationships and possibly even friendships, between Jewish teens from across the ocean.

As the CEO of The Jewish Education Project, responsible for powering the RootOne initiative, it is easy for me to get caught up in the scale and scope of this 2-year-old initiative. RootOne’s partnerships with over 40 trip providers and 30 educational providers across the spectrum of Jewish life in Israel and North America make it one of the broadest initiatives in the Jewish communal ecosystem. These partnerships lead to impressive numbers. In two summers, even with COVID anxiety, more than 9,000 Jewish teens traveled to Israel with RootOne — double the number who would have gone to Israel without RootOne vouchers. In 2022 alone, 98% of the more than 5,000 Jewish teens completed an average of 14 hours of learning prior to boarding the plane to Israel — over 85,000 hours of online Jewish learning on one platform.

The Marcus Foundation decided to house RootOne at The Jewish Education Project because of the desire from the outset to create more than just an Israel trip. For this bold initiative to transform a generation of teens to be proud Jews and have a deep commitment to Israel, it needed to be based in an organization committed to ambitious outcomes.

RootOne’s high quality immersive and other Israel education experiences are deeply informed by The Jewish Education Project’s strong understanding of Jewish teens today, gleaned over many years from our work together with UJA-Federation of New York and the Jim Joseph Foundation. Moreover, the learnings from our ongoing research and evaluation of RootOne conducted by Rosov Consulting ensure the initiative’s continued evolution and improvement. We share these learnings with our partners including The Jewish Agency, The iCenter, Unpacked and others to provide the very best platform that spans the entirety of the Jewish community. All of these qualities have led to a growing list of philanthropic foundations backing the RootOne initiative’s ambitious growth plan, now also including programmatic and financial support from the Israel Ministry of Diaspora through Mosaic United.

And to think that all of this is very new and some of you reading this article might not yet even have heard of RootOne. I can assure you, as CEO of The Jewish Education Project, we are honored and proud to be housing the RootOne initiative. In the coming months and years ahead, you will learn more about RootOne as it continues to expand and impact the Jewish communal landscape. In learning more about its scale and impact, please remember the anecdotes I shared in the opening of this piece — they are a good reminder to all of us that behind every data point we encounter in the Jewish community, there is a story whose ripple will be felt for many years and generations to come.

David Bryfman is CEO of The Jewish Education Project.