‘Reckonings’ takes viewers into the drama behind Holocaust reparations

The film had its U.S. premiere last night at the Paley Center for Media in New York City. 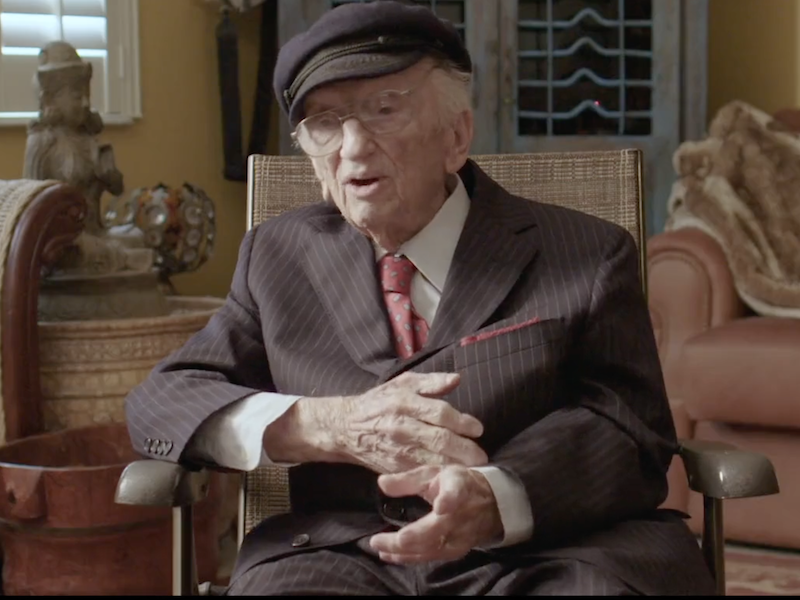 Ben Ferencz, the last surviving member of the Jewish team that negotiated reparations, in "Reckonings."

A secret meeting in a hotel room. A clash between German and Israeli diplomats. The storming of the Knesset by an angry mob.

The story of German reparations to Holocaust survivors and the Israeli government, full of financial agreements and bureaucracy, is depicted as a tale of emotion and moral conflict in “Reckonings,” a new documentary about the 1952 Luxembourg Agreements, signed between West Germany, Israel and the newly formed Conference on Jewish Material Claims Against Germany (the Claims Conference).

The film had its U.S. premiere last night at the Paley Center for Media in New York City, with Holocaust survivors and director Roberta Grossman in attendance. Also at the screening were Abe Foxman, the former national director of the Anti-Defamation League (himself a survivor); longtime Jewish professional Ted Comet; and Gideon Taylor, the CEO of the New York Jewish Community Relations Council and the board president of the Claims Conference.

The film opens with footage of concentration camps at liberation and tells the story of how the payments came to be — via testimony from survivors, historical reenactment and interviews with Israeli and German officials, academics and Ben Ferencz, age 102, the last remaining survivor of the original Jewish negotiating team.

The film takes viewers through the intense political conflict in Israel between supporters and opponents of accepting German money. At its climax, opponents of reparations stormed the Knesset before the agreement was passed by a single vote. In order to assess whether Germany was serious, Nahum Goldmann, the co-founder and later president of the World Jewish Congress, snuck into a hotel to meet with West German Chancellor Konrad Adenauer, a move that, less than a decade after World War II and the Holocaust, was unthinkable for many Jews. Finally, when negotiating teams from Israel and World Jewry met with German representatives, they refused to speak German, and refrained from bringing in their cigarette lighters so as not to inadvertently light the Germans’ cigarettes — which would connote familiarity.

In the end, what resulted was a monetary agreement that has seen Germany pay $90 billion to hundreds of thousands of survivors — as well as provide $750 million to Israel in goods and services in its early days, when it was on the brink of bankruptcy. In addition to documenting one of the largest collective payments to Jews in history, the film also symbolizes hope, Grossman told the audience in a Q&A.

If German officials, Israeli officials and Claims Conference representatives “could all gather around this rift in humanity, this rift in civilization that the Holocaust represents, and find was to speak to each other, there could be hope for other intractable problems in the world,” she said. “So I think it is ultimately very hopeful.”