Older Jews less engaged? We knew it all along.

After nearly fifteen years exploring Baby Boomers and the life stage from midlife careers into retirement, we have observed that active aging and Boomer engagement have not been on the communal radar screen or priority list.

A recent JTA Article (“Landmark survey of Jewish LA reveals an increasingly diverse and engaged community,” June 24,2022) reported the results of a recent community study in Los Angeles. One finding highlighted in the article was especially noteworthy:

“Younger Jews in the Los Angeles area might be moving away from the denominations that dominated in previous generations, but they are more likely than their elders to be engaged in Jewish life. That includes discussing Jewish topics, studying Jewish texts and consuming Jewish media. Young people in the survey are also more likely to mark Shabbat.” 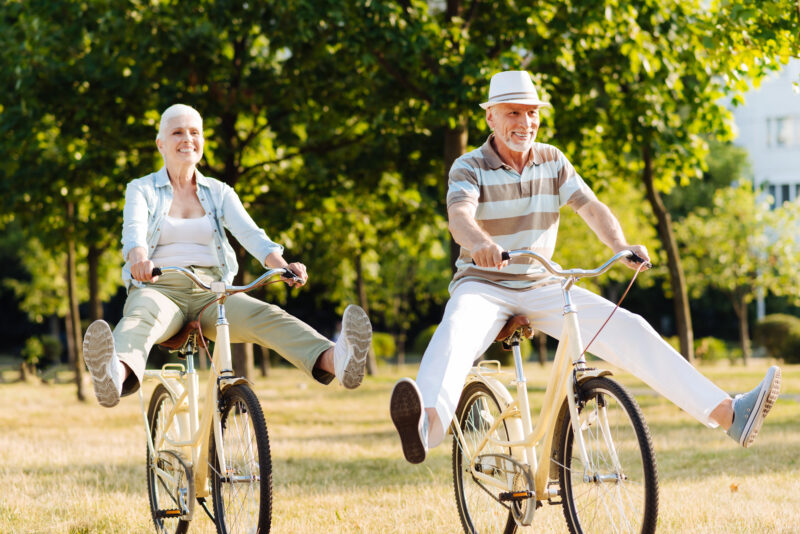 After decades of decrying the loss of Jewish identity, connection and commitment among younger Jews (think 1990 National Jewish Population Study, countless task forces, the continuity agenda, etc.), it turns out, at least based on this survey in Los Angeles, that younger Jews are now more likely to connect Jewishly than older Jews.

One local leader said, “they do Jewish activity by and large more than the people who are 55-plus. It was a total shocker to me.”

But not to us.

After nearly 15 years exploring baby boomers and the life stage from midlife careers into retirement, we have observed that active aging and boomer engagement have not been on the communal radar screen or priority list.

We found it curious but, again, not surprising, that the article does not ask why so many elders are no longer engaged in Jewish life. Is it because, as the study reveals, nearly a third of the households include a single adult living alone? Or perhaps because Jewish institutions don’t value the experience, talent, energy and resources of active older adults so these adults have turned their attention elsewhere?

In 2009, our B3 partner and co-founder, David Elcott, fielded the first national study of Jewish boomers (“Baby Boomers, Public Service and Minority Communities”, 2009). Among the many findings, Elcott reported that even though Jewish boomers would prefer working with Jewish agencies to find “encore” careers and meaning, “they are also prepared to utilize non-Jewish resources if the services and opportunities they seek are not available in the Jewish community.”

As one focus group participant noted — ominously and, it turns out, presciently: “I am the person you are worried about. I am highly educated and pretty demanding. I feel less connected at this point in my life. Being involved in the Jewish community is not at the top of my list. I am no longer a member of a synagogue or…JCC. I am not really interested in volunteering in a Jewish organization. My experiences in the Jewish community have not been fabulous. I will look elsewhere.”

The operative term here is “elsewhere.” In the years since this study was conducted, the opportunities for Jews as they age to find resources “elsewhere” have dramatically increased and the internet and social media have facilitated grazing among an infinite number of activities, pursuits and connections.

Viewed in this context, the finding in LA, then, is no surprise and was to be expected. Elcott concluded the 2009 report by observing, “Jewish institutions are not prepared or preparing for an influx of baby boomers as volunteers or encore career professionals.”

There is much to be proud of in terms of the Jewish community’s history of caring for those older people who need institutional care or have encountered health or cognitive problems. Ironically, the interests and needs of those who are aging but have resources, energy, health, interest and time have been a lower priority. There has been limited investment in this group and what efforts were mounted by the leading institutions on a national level have been limited and not sustained.

What would it take to change that?

We are about to see: in late June, with the support of The Jewish Federations of North American and The Wechsler Center for Modern Aging, Marlene Meyerson JCC Manhattan, B3 The Jewish Boomer Project convened a virtual national gathering of Jewish professionals and volunteer leaders who work with active older adults. It was the first time that people working in this area shared their vision and insights; it was in fact the first time people experienced active aging as a field at all.

The goal of the convening was to provide resources and connections for professionals, volunteers, funders and decision makers interested in active aging and ready to create, fund and improve programs targeted to this life stage. It also featured Marc Freedman, co-CEO of Cogenerate (formerly Encore.org) to begin to see the Jewish community through the lens of youngers and olders working together co-generationally to change the world.

The very fact of the convening and the funders (The Natan Fund and The Sephardic Foundation on Aging) and aforementioned partners who helped bring it about confirm that momentum is finally building to address this issue and place it on the communal agenda. The 150 people who registered for the event reveal the breadth of interest in active aging.

For us at B3, this is truly welcome and is the reason we created the Active Aging Network and our new resource website at activeagingnetwork.org, both of which are designed to share information and insights about active aging, and link those in Jewish life seeking guidance or partners as they develop and implement their programs. The website’s directory feature is designed to expedite connections.

This means that instead of pursuing active aging programs in relative isolation, activists, funders and programmers can collaborate and help each other learn from previous efforts.

This is just the beginning. As the site grows in content and participants, and as we continue to organize gatherings (in person and online) and update research, the need to address active aging in Jewish life and the commitment to invest in these programs will, we trust, continue to build momentum.

Rabbi Laura Geller is rabbi emerita of Temple Emanuel Beverly Hills, the co-author with Richard Siegel (z”l) of Getting Good at Getting Older, and a board member of B3. Stuart Himmelfarb is CEO and a co-founder of B3. Visit activeagingnetwork.org for more information.