Zimmerman won a post-graduate fellowship with The Patterson Foundation 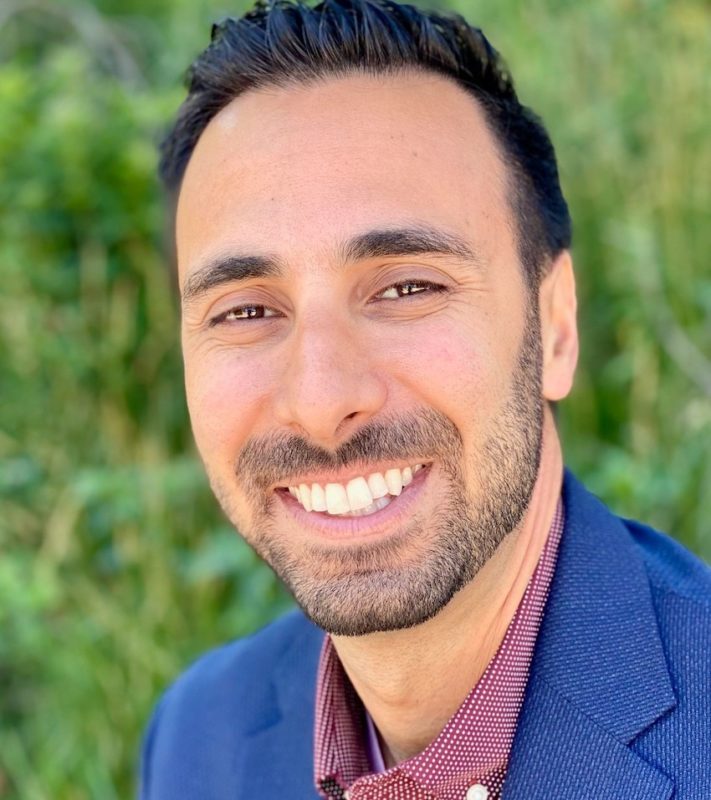 Michael Zimmerman, a Jewish communal professional who has worked for the Jewish National Fund, Hillel International and American Friends of the Hebrew University, will be joining The Patterson Foundation as a member of its fellowship program after earning a master’s degree from Indiana University Lilly Family School of Philanthropy. Zimmerman spoke with eJewishPhilanthropy’s about why he decided to study philanthropy formally, and what he hopes to learn as a fellow with the Sarasota, Fla.-based foundation.

Helen Chernikoff: You’re the grandchild of Holocaust survivors. How did that play a role in your decision to enter philanthropy?

Michael Zimmerman: I grew up in New Jersey, in a suburb of New York City. I think that some of the driving factors that pushed me into philanthropy were growing up and experiencing both homophobia and antisemitism. I actually went back to Poland to retrace my grandparents’ steps. My grandmother was able to survive by working on an air force base for the Luftwaffe. She was due to go to Auschwitz but the Soviets liberated them.

My grandfather hid his identity. He fought in the Polish army and then as a prisoner of war in the Soviet army. [My grandparents] met after the war. Where I grew up, there were issues of ignorance of others. That included people who were Jewish, or LGBTQ. There was othering and harassment. Sometimes verbal, sometimes physical. Philanthropy can shape a society that leaves no one behind. I saw what had happened to my grandparents and what happened to me, in a different form, as a perpetual cycle that needs to be broken. There’s a lot of work to do.

HC: Where do you think philanthropy is challenged in pursuing this mission?

HC: And who have you seen successfully address this challenge?

MZ: It’s different for each organization, but the best way to do it is to lower the barrier to contributing and then show those contributors how they are helping. Philanthropy has got used to giving a general message of thanks to most people, and a personal message only to those biggest givers. Keshet [the Jewish LGBTQ advocacy organization] elevates the underrepresented and the underprivileged who support them. Congregation Beit Simchat Torah [the LGBTQ synagogue in Manhattan] does, too. At their gala, there’s no special place to sit, everyone is together.

HC: What were you doing before you decided to go into the nonprofit sector?

MZ: I helped a company set up its operations in Latin America, in Panama. I’d fly back at the end of the year, and we’d count up the money, and I had a hard time understanding the purpose. The general counsel, who’s a mentor to me, suggested nonprofit work. At that point I don’t think I even knew what it meant to fundraise. I started with the Jewish National Fund (JNF) and learned how to connect with lay leaders, how to build a campaign.

HC: And how did you come to consider studying philanthropy formally?

MZ: I had a friend who had done the fundraising program at the Lilly School. When I was at JNF, I started to wonder about the broader philanthropic world, and I looked into the program. I read about the courses, and what’s explored there, and I came to realize the importance of getting that larger perspective. I left JNF to work at Hillel International, and then applied. Hillel gave me support in terms of time and flexibility. American Friends of Hebrew University, where I worked while pursuing the degree remotely, contributed some financial assistance.

HC: What were some of the intellectual highlights of the Lilly program?

HC: What does the Jewish community need to learn?

MZ: I want to honor people and organizations that want to hold onto their traditions, but there’s a lost opportunity where people may move on from traditional Judaism, and then Jewish identity is lost. I am not a religious Jew, but I am a Jew and very proud of my Jewish identity. Synagogues struggle: Where are all the young people? Yet nonprofits are engaging this demographic where the synagogues haven’t been able to in the same way. People connect to causes. Communities might be living within the Jewish nonprofits.

HC: What are you most looking forward to about the fellowship?

MZ: The Patterson Foundation is engaging with the larger community of southwest Florida. They want to create a network of future leaders in philanthropy who are interested in long-term change. That’s an opportunity and a responsibility. They’re encouraging me to come to them with more questions than answers, and to continue learning.