Trying to master my emotions, I shared quietly but forcefully with our guide and surrounding visitors how we at the JCRC, and myself in my own personal capacity, were suing the State of Arizona to prevent the continued usage of this infamous chemical in the state’s execution process.

There I was, staring at the Nazis’ weapon of choice in exterminating my people.

I blanched at the sight of the little gray pellets that sat preserved in a canister to remind us of the barbarity of its use. Zyklon B was used to murder over one million innocent people in gas chambers of Auschwitz, Majdanek and other death camps. 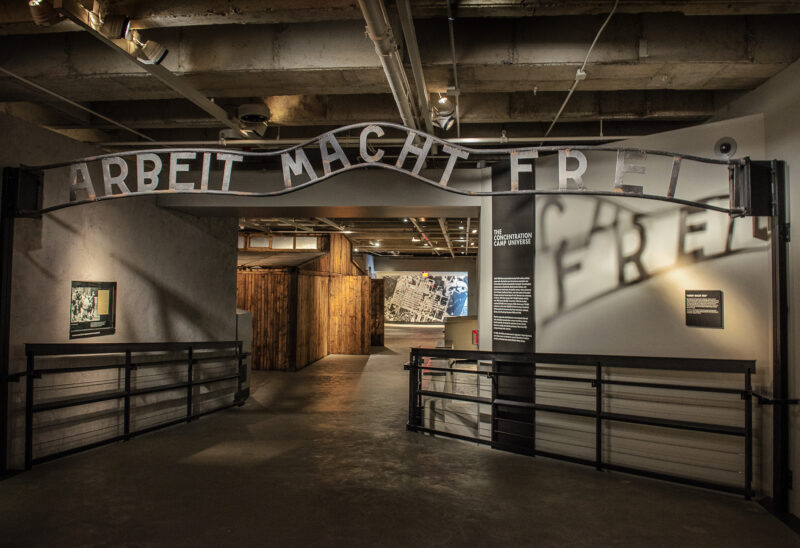 In May, the cohort went on an educational field trip to Washington, D.C., visiting the U.S. Holocaust Memorial Museum and the National Museum of African American History and Culture.

As a group, we took a guided tour through the Holocaust Museum. We learned about the stages of barbarity of the Nazi regime, and the horrors that it meted out upon the Jewish people and other vulnerable communities.

Sifting through horror and memory, we waded through the different exhibitions and through the replica of the gates of Auschwitz that chillingly declared Arbeit Macht Frei.

Seeing an exhibit chronicling the horrors of the gas chambers of Auschwitz-Birkenau, and the models of the infamous gas chambers, I stumbled upon a cylinder of Zyklon B.

Trying to master my emotions, I shared quietly but forcefully with our guide and surrounding visitors how we at the JCRC, and myself in my own personal capacity, were suing the State of Arizona to prevent the continued usage of this infamous chemical in the state’s execution process.

Now it was his turn to blanche, as he looked shocked that such things still occurred. He recovered from his shock, and he shared that the chemical was used prior to the war as a pesticide. It hadn’t been meant for any connection to humanity – but the Nazis, lacking in their humanity, employed it for the slaughter of Jews and other undesirables for its capacity to exterminate cruelly and barbarously.

I explained to the guide, our group, and other onlookers, that our lawsuit was narrow in nature, not questioning the guilt or innocence of those on death row nor the practice of capital punishment, but simply and directly that we had learned from the horrors of the Holocaust to know that such behavior had no place in a modern society.

The trial court initially dismissed the lawsuit on technical grounds and without reaching the question of whether killing a human being with HCN was cruel and unusual under the Arizona Constitution. We have appealed this flawed ruling and hope to get a favorable decision from the court of appeals later this year.

We were proud that Arizona enacted a Holocaust Education Bill to help educate the lessons of the Holocaust and other genocides to students in Arizona’s schools, but those lessons go beyond the classroom. Arizona must also learn the lessons of history, and we must say never again to such barbarity.

Seeing that canister of Zyklon B strengthens my resolve to continue this fight against a uniquely cruel and barbarous practice that the State of Arizona continues to employ all these decades on. We fight on in honor of all those who perished in the gas chambers, and to honor their memories in the fight against the continued use of Zyklon B.

Paul Rockower is the executive director of the Jewish Community Relations Council of Greater Phoenix. The JCRC and Rockower have sued the State of Arizona over its use of Zyklon B in administering the death penalty.