John MacIntosh: from private equity, to philosophy, to philanthropy 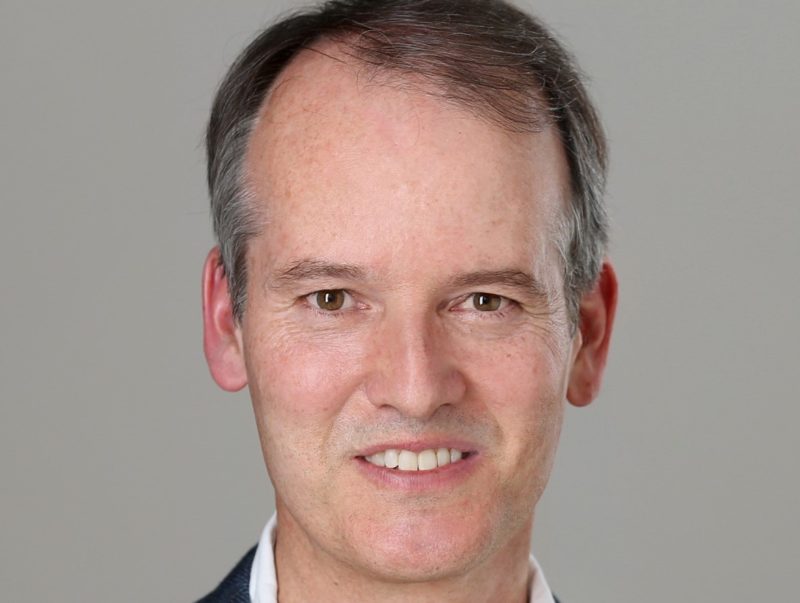 As managing partner of SeaChange Capital Partners, a nonprofit founded in 2007 by a group of Goldman Sachs alumni, John MacIntosh helps lead an organization whose mission is to bring skills developed in finance, technology and real estate to bear on the challenges facing nonprofits. SeaChange counts a range of Jewish organizations as clients; after Federation Employment & Guidance Services (FEGS) filed for bankruptcy in 2015, for example, the firm helped the Jewish Board (formerly known as the Jewish Board of Family and Children’s Services) absorb some of FEGS’ programs. Today, SeaChange is working with  UJA-Federation of New York to help foster collaboration among the charity’s  grantees, MacIntosh said, and has also been involved in discussions involving possible mergers and collaboration between synagogues in the New York area. MacIntosh, who joined the firm in 2008 after working at Warburg Pincus’ London, New York and Tokyo offices, spoke with eJewishPhilanthropy’s Helen Chernikoff about SeaChange’s work with the Jewish community, and the connections between philanthropy and philosophy.

Helen Chernikoff: What interests you about working with the Jewish community?

John MacIntosh: I hadn’t appreciated as I maybe should have what a deep connection people feel to their synagogues. I hadn’t appreciated some of the challenges — demographic changes, new ways of being, and now COVID — that are putting pressure on some of these organizations. What gives me hope is that people are looking at these challenges straight-on, and they’re trying to make good decisions. The quality of the governance and the seriousness of purpose has given me hope that these organizations are going to be able to reinvent themselves to stay relevant, especially for young people.

HC: What worries you, even as you see reason for hope?

JM: How do we recover from the last 12 months, on all fronts: the national reckoning with racism, the existential challenge to democracy and the fiscal crisis. What evolved role do nonprofits play?

HC: There’s a robust debate happening about the role of nonprofits. Some worry that nonprofits are doing the work of the government. Do you have any thoughts on that conversation?

JM: I say this as a Canadian; the not-for-profit sector is an American miracle. There’s no country that has the vibrancy of the U.S. not-for-profit sector. There’s a lot of things that philanthropy does, that if philanthropy didn’t do it, it wouldn’t get done. Arts and culture, say, or religious organizations, for that matter; the truth is, these things happen when people come together with nonprofits.

HC: What about the role of philanthropy in providing human services?

JM: Some of the debate is around the social safety net, and some make the argument that nonprofits are crowding out government. But as a purely mathematical matter, while some of those services may be nonprofit-provided, they’re government-funded. That’s a pretty good solution, compared to doing those things directly by the government, or by profit-seeking enterprise. For-profit higher education is not covered in glory. For-profit nursing homes are not covered in glory. If the four choices are the following: not providing the services, having government provide them, having the private sector provide them or having philanthropy provide them, I’m comfortable with door #4. The crowding-out argument is silly.

HC: Bill and Melinda Gates are trying to encourage philanthropy by “everyday” donors, who used to account for  a bigger percentage of giving. What do you think of that effort?

JM: As a percentage of our economy, as a percentage of gross domestic product, total giving has been in a pretty narrow range. And in a world that is increasingly unequal, where the rich are richer than they’ve ever been, of course giving will be skewed to the rich. The question is what can we do to encourage — particularly the wealthy — to direct more of that giving to where it can do immediate good, compared with the super-elite institutions, particularly in higher education, that soak up a lot of resources. How do we really take advantage, particularly in places like climate change, in what seems to be a growing interest in impact investing? My hope is that younger people active in social media will find new mechanisms to get excited and enthusiastic about giving, and that organizations will find new ways to engage them. How can we nudge people? The world needs the money now. At SeaChange, we’ve tried very hard not to presume to tell donors or funders what they should do, but to see if we can reduce the barriers to do whatever it is they want to do. Anything we can all do to get resources off the sidelines, whether it’s grants, impact investment or volunteering, now’s the time.

HC: How did you know when you had found your calling?

JM: I don’t know if I’ve found a calling. I’ve alway been a quantitative, analytical, transactional, risk-seeking person, and in the first half of my career, I put those attributes to work as a private equity investor at one of the great global firms. And then,  with a little bit of serendipity and a mid-life philosophy degree, I’ve managed to put those same attributes to work in and around the not-for-profit sector. I wasn’t brave enough to make the leap earlier, and I’m just happy it turned out that way. What we do at SeaChange is important, and it’s satisfying to me.

HC: Can you say more about the philosophy degree?

JM: I come from an academic family and I thought I would write books and teach, and I just got distracted by 15 years in the investment business. At age 40, I realized I wasn’t going to become a professor, but I missed reading, I missed writing, and I missed time to think. I was living in London so doing a degree in political philosophy seemed terrific on all fronts, and that was the bridge that got me into this work. Philanthropy gets you to philosophy pretty quickly, and vice versa. Bertrand Russel wrote a wonderful short book called The Problems of Philosophy, and I would like to write a small book called The Problems of Philanthropy. What are the deep problems people face trying to give their money away in the smartest way possible?

HC: What should we read in the meantime, then?

JM: We have a reading list on the SeaChange website. There’s a wonderful book called A Gift Observed: Reflections on Philanthropy and Civilization [by M.A. Lerner], which I found very moving, around philanthropy. And then there’s another book, which is very nerdy, by Peter Frumkin — On Being Nonprofit. It’s not for the faint of heart. It’s not Fifty Shades of Grey. It’s about love of man, love of wisdom, and that deep connection. How much should I give , and where do I give, and what’s my attitude to the people who receive? The Jewish tradition has put a lot of thought into that. You can’t get so paralyzed with the big issues that you don’t write the checks, but we have to think. What are we trying to do here? Philanthropy is about trying to change the world.