What lessons can we learn about the present and future of Orthodox female clergy from Maharat's 14-year history?

In its 14 years, Yeshivat Maharat has produced nearly 60 strong, passionate graduates who are using their Maharat training to serve approximately 35 communities across the world in Orthodox pulpits, as educators and administrators at Jewish day schools, in hospitals as chaplains and in other Jewish communal leadership positions. This success came with strategic hard work by our faculty, our students and our partnerships in the larger community. This year, we have 33 new students enrolled across our three rabbinic ordination and preparatory programs, in which their education will be modeled on traditional yeshivot but grounded in preparing them to be 21st-century leaders. Enrollment is up, philanthropy dollars are being directed to bolster this field and there is a communal appetite to employ female clergy. What lessons can we learn about the present and future of Orthodox female clergy from the history of Maharat so far? 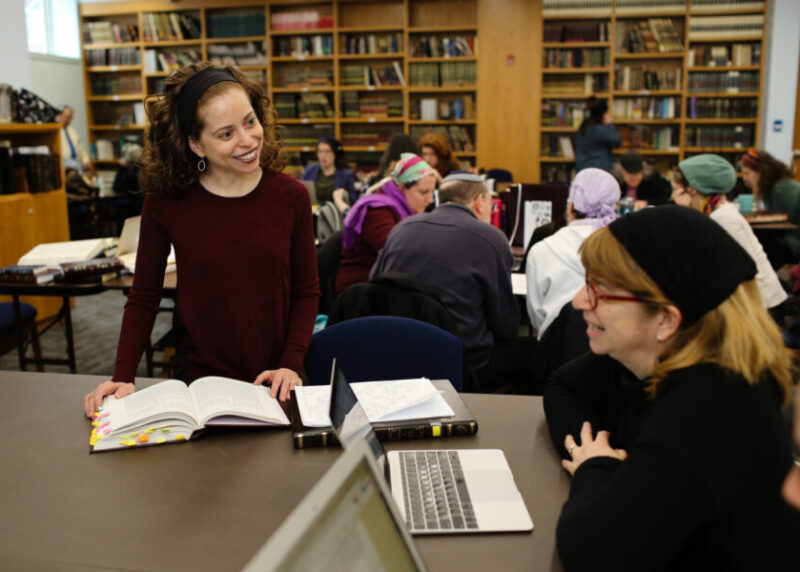 Last year, Maharat retained Rosov Consulting to gather data on Maharat alumnae and discovered that “Some [Maharat] alumnae are confronted with a multiplicity of barriers and antagonism . . . that may include . . . lack of opportunities and upward mobility in certain roles, and, in some cases, discrimination by decision makers. There is certainly a shared sentiment that a glass ceiling for female rabbis exists in the Orthodox world.”

Even as women join the ranks of Orthodox rabbinic leadership, it is clear that a stained-glass ceiling prevents them from progressing to senior positions. This lack of mobility is a very real obstacle to transforming the role of female leaders in the Orthodox community. Learning from our prior support of congregations who place our graduates in assistant clergy roles, Maharat will be investing in senior leadership positions in partnership with the nonprofit Beloved, supporting our alumnae financially as they forge new ground and normalize the female senior Orthodox clergy role. This investment, along with learning from self-created communities that are successful, for example, alumna Rabbanit Dasi Fruchter’s South Philadelphia Shtiebel and Rabbi Dina Najman’s Kehila in Riverdale, N.Y., inspire the continued growth of the Orthodox female rabbinate.

In addition to limited senior level positions, the pay scale for Orthodox women has not been transparent and, based on research, has been at a much lower rate. Up until just a few years ago, we assumed that this problem was unique to the Orthodox community — after all, women’s historical exclusion from the Orthodox leadership has led to systemic inequity as women were denied roles in community-wide leadership and decision-making. However, organizations like Advancing Women’s Professionals in the Jewish Community, the SRE Network and the Gender Equity in Hiring Project have shown women across the community are struggling with transparency and equity. The very same questions and research we have been conducting to create more transparent salary bands and ensure that women are paid as professionals rather than volunteers were already on the table for discussion. This needs to be a communal conversation; organizations across the field need to demand greater transparency in general.

In Maharat’s early years, we provided seed money to synagogues embarking on their first female clergy hires, funded by a Maharat board member and visionary. We continue to offer funds to synagogues that hire Maharat clergy, and community members and philanthropists — the Jewish Orthodox Feminists Alliance (JOFA)’s Devorah Scholars program, for example— have joined in supporting the field. In addition to pulpit work, our alumnae have had tremendous impact adding to the canon of Jewish scholarship, including Maharat’s Va’tichtov: She Writes.

In its 14 years, Maharat has remained nimble, with an ability to adapt and adjust to fit the needs of our community. Even before Zoom’s pandemic boom, Maharat embraced digital and hybrid learning; when other rabbinic programs and yeshivot required in-person learning, Maharat’s early adoption of hybrid and remote learning enabled us to fill a need for Orthodox women worldwide who did not have access to rabbinical school. This innovation and flexibility creates unity, camaraderie and community among the small and growing contingent of Orthodox women clergy. Maharat now has a global reach, with students studying and impacting communities in France, England, Australia, South Africa, Germany, Switzerland and Israel.

Another study in adaptation is the evolution of Maharat’s Advanced Kollel: Executive Ordination program. In 2013, we realized that there were many women with advanced Jewish degrees who were already working in the field as female Orthodox leaders — without ordination or broad institutional support. In response, we opened up a new ordination track where women with strong learning backgrounds could access rabbinic education. With foundation support, we developed a program that would intentionally sunset and transition into a new high-level post-graduate learning program, the Center for Lived Torah. This year, we welcomed our final incoming Advanced Kollel class after experiencing an unprecedented number of candidates. Many of our Advanced Kollel students are already leaders in their organizations, and theoretically, the degree of semicha (ordination) would not change their day-to-day work. Yet, they have come to Maharat and are seeking semicha.

We have always believed there is strength in collaboration, so from its inception, Maharat sought out partnerships from like-minded institutions. We needed help but were hesitant to redirect resources away from existing organizations. The Drisha Institute took Maharat under its wings in those early years, providing crucial support, and we hope that one day, we can return that kindness by bolstering their work as well.  Yeshivat Chovevei Torah is a frequent partner, and we look forward to our new partnership with Beloved. While some institutions shy away from partnerships, for fear of losing resources or giving up authority, Maharat seeks them out.

Even with an expanded definition of pulpit, synagogues still need rabbinic leadership, and those leaders can and should include women. While Maharat is experiencing a 50% increase in new students this year, we only have 10 years of graduates. The few other rabbinic training programs for Orthodox women in the U.S. and Israel are small and cannot keep up with demand. We are doing our part in recruiting future rabbinic leaders by identifying candidates in high school and offering them learning and leadership opportunities during their Israel gap-year and college experiences. Some of the students entering Maharat were never aware of a time when women could not pursue Orthodox rabbinic ordination; this career path has always been open to them. The tide is shifting, and we are on our way towards saturating the Jewish community with more educated and passionate candidates who will be ready to lead.

The proliferation of programs that center on women’s learning and leadership is a nod to the success of Maharat’s mission. Women are being seen and treated as authorities, scholars and leaders. We have a tremendous opportunity to keep seeding the flourishing  field of Orthodox women’s leadership.

The Hebrew word for field is sadeh, but in context, sadeh can also mean rural, wilderness or uninhabited. For example, in Bereishit 27:3, Isaac tells his unruly son Eisav to grab his bow and arrow and “tzei hasadeh,” “go out to the open country,” to hunt some wild game. The field can be seen as chaotic and wild, but it is also ready to be built up, organized and transformed into a place that will truly impact the masses.

Rabba Sara Hurwitz is co-founder and president of Yeshivat Maharat in Riverdale, N.Y.