How Israeli philanthropy is changing in the COVID era

There are signs that as Israel has become more affluent, its citizens are beginning to donate more. 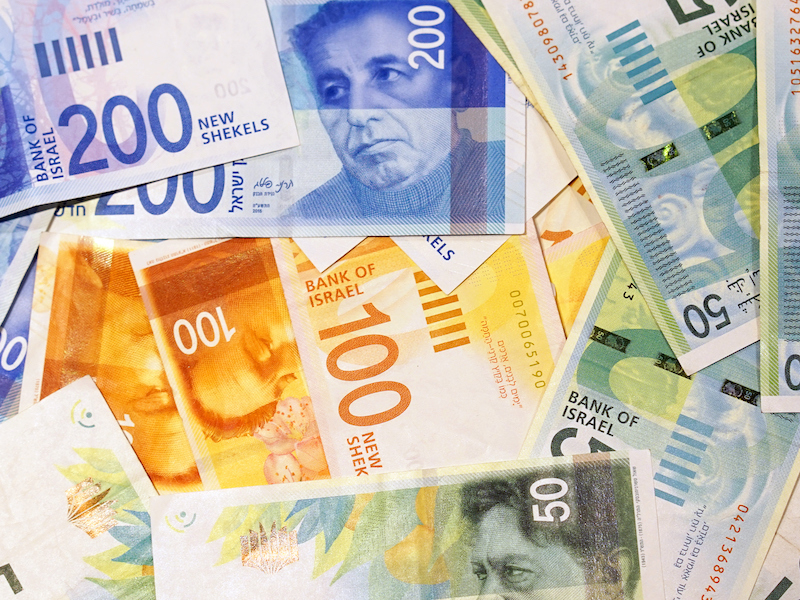 When David Kahan, a tech executive who lives in the Tel Aviv suburb of Ra’anana, turned 60 a few months ago, he sent an email to his friends and relatives asking them to donate money to an organization called Ten Gav to buy 60 beds for needy Israelis.

The campaign succeeded beyond what Kahan had hoped. More than 120 donors gave more than 135,000 shekels (about $40,000), enabling Ten Gav to provide 93 beds for Israelis in need.

“There were donors from every stage and every stop of my life — people I first met more than 40 years ago, to people I only met recently,” Kahan told eJewishPhilanthropy, adding that the initiative “inspired even people with whom I have only modest relationships to give. It made my birthday an occasion of great joy.”

Ten Gav, a nonprofit based in Ra’anana that sources most of its donations from Israelis, is one example of a slowly growing culture of philanthropy in Israel that has been accelerated as the COVID-19 pandemic exacerbated socioeconomic gaps. While in past years Israeli institutions relied heavily on donations from the Diaspora, now observers of philanthropy in the Jewish state say Israelis are increasingly giving as well.

“There’s a steady rise, slow but stable, in the amount of money donated and the number of donors giving in Israel,” Sigal Yaniv Feller, executive director of the Jewish Funders Network in Israel, told eJP. “More people understand that it’s important to give, and have the ability to give.”

Historically, Israel was a developing nation whose populace had a strong tradition of volunteerism and national service, rather than a culture of financial giving. Israel’s mandatory draft, which conscripts most 18-year-olds for two to three years, continues to reinforce an Israel ethos of giving time and physical energy. As of 2020, Israelis on average donated 1% of their disposable income, as opposed to Americans, who donated 2% on average.

But there are signs that as Israel has become more affluent, and particularly as its tech sector has brought wealth to the country, Israelis are beginning to open their wallets. According to a study commissioned by the government and Tel Aviv University, Israeli philanthropy grew 43% between 2009 and 2015 in total shekels given, and native Israeli philanthropy accounted for more than a third of donations in the country.

Yaniv Feller said that because many wealthy tech entrepreneurs are younger, it may take them several years to realize that they’re in a position to become philanthropists. But she feels like a broader shift is taking hold.

“People are realizing that they’re also able to give financially, and I think they’re going to start,” Yaniv Feller said. “It’s part of our mission to change the philanthropic culture in Israel, and those who can give should understand that it’s part of their responsibility as a citizen of the state.”

“Collectively, philanthropy in Israel is becoming more collaborative,” Yaniv Feller said. “We are seeing changes among younger philanthropists in their 20s, 30s and 40. They’re stepping up as a second generation and they have a more strategic outlook on the state and philanthropy. They want to invest in social issues such as education, youth at risk, civil rights, justice.”

The end of 2020 also saw the formation of Keshet, Israel’s first donor-advised fund, or DAF, which allows wealthy individuals to deposit money into charitable accounts, then facilitates donations from those accounts. Keshet now has more than $50 million under management, from 87 donors, and has allocated more than $14 million.

Keshet founder Maya Natan, JFN Israel’s former executive director, said that she felt the organization was necessary especially because Israel doesn’t have a mechanism akin to family foundations in the United States.

“It’s hard to plan when to give in Israel when you don’t have a structure that can be your foundation,” she told eJP. “The best years to put money aside for giving are years where you have a high income. Keshet allows you to have a fund where you can plan for the long run, you can build up your giving and create a portfolio of organizations you want to support.”

Some 70% of the DAF’s accounts belong to philanthropists from the tech world. For new donors, Natan said, “We wanted to make it easier for them to access the giving world. You don’t need to be a multimillionaire with a humongous structure to give philanthropically.”

Despite the growth of Israeli wealth and philanthropy, socioeconomic gaps are still visible, said Ten Gav co-director Naomi Brounstein, a Canadian immigrant and former lawyer who works full-time with no salary. Israel has a high income inequality rate relative to other members of the Organization for Economic Cooperation and Development (OECD), a group of developed countries. In addition, the child poverty rate in Israel is higher than 20%, versus an OECD average of 12.8%.

Brounstein said that in lower-income or single-parent homes, children can be found sleeping on a torn mattress or directly on the floor, and mothers on an uncomfortable couch. Ten Gav, which was founded in 2014, aims to address needs like those by offering a direct link between donors and the recipients of their charity. Donors can give to specific individuals — each of whom is referred to Ten Gav by a social worker — providing everything from beds to computers to university tuition. Ten Gav does not fund ongoing expenses, food, dental work or debt.

Donors find recipients by browsing individual stories with pseudonyms that are posted on Ten Gav’s website. Each profile also displays how much has been raised to meet each need. Charity recipients can request a maximum of about $1,500, and Brounstein says 100% of each donation goes directly to the recipient. The organization fundraises separately for its budget of roughly $840,000 and has just three part-time employees alongside dozens of volunteers.

“We tried to create a platform to broaden the circle of givers with a direct link between the giver and the receiver,” Brounstein told eJP. “You get a real person, so that smaller givers feel they have an impact.”

At Keshet, Natan said she was also cognizant of the potential for money to sit in a donor-advised fund rather than make its way to recipients. Keshet requires donors with more than NIS 1 million (roughly $300,000) to give at least 5% of their total account annually, among other requirements, though she said so far donors have far exceeded that number, giving an average of 25% of their accounts.

“One of the biggest issues was, we don’t want to become a parking lot for money,” she said. “We wanted to be more of a family foundation structure with a minimum payout of 5% per year. But Israelis are very different from Americans. They don’t park their money.”

COVID also spurred changes at Ten Gav, which saw there was a growing need for laptops for students attending school remotely, as well as concerns about making rent. So Ten Gav established a $470,00 relief fund that bought 490 computers and tablets, subsidized rent for 119 families and helped four students pay tuition costs.

Recently, the group has begun working with city governments to reach larger groups of Israelis in need. The Jerusalem municipality, for example, offered a manicurist training course for low-income residents and Ten Gav provided them with professional equipment following the course’s completion — helping alumni open their own businesses.

“We think of ourselves as creating a triangle,” Brounstein said. “The family gets the help they need, we empower the social workers and the donor gets access to a giving opportunity they would not otherwise have.”

With additional reporting by Ben Sales.