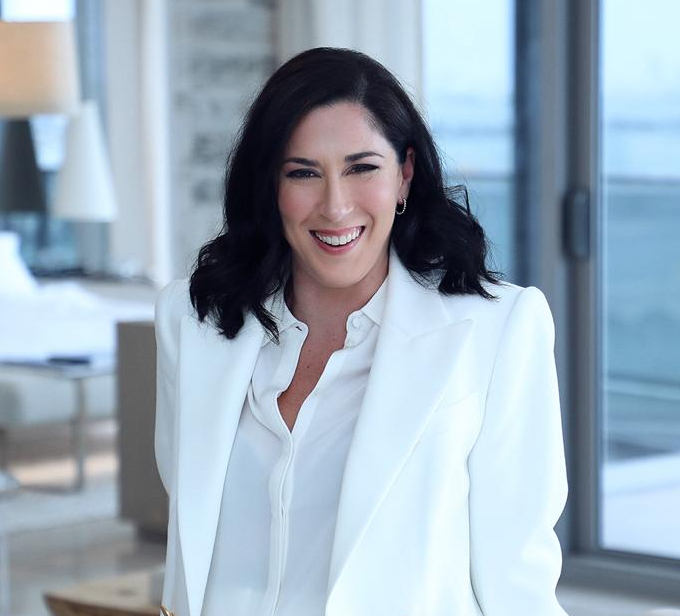 A national opinion study of millennial and Gen-Z Americans across ethnic groups conducted by Fuente Latina, the pro-Israel, Spanish-language media nonprofit, demonstrates that the American Jewish community’s messages about antisemitism and Israel are not resonating with this group, Fuente Latina CEO Leah Soibel said in an exclusive interview about the results.

“We get frustrated and think that people don’t care about our issues, but it’s because we are communicating in an echo chamber,” Soibel said. “We are not engaging people through a communications strategy.”

Fuente Latina had noticed this dynamic before the 11-day conflict last May between Israel and Hamas that triggered a spike in antisemitic rhetoric online, and in violent incidents and vandalism, Soibel said.

The study examined the population most likely to be consuming media critical of Israel, such as AJ+, an Al Jazeera publication for young people, or progressive American outlets such as Vice or Vox: self-identified Democrats or independents ages 18-35 who are active on social media. The firm that carried out the study, Miami-based Bendixen & Amandi International, conducted 14 focus groups and an online survey of 1,000 people disseminated between Oct. 4-13.

“The study underlines how bad actors have exploited social media to tell their twisted version of our story to this influential audience,” Soibel said. “It’s time we started telling our own story with our own authentic storytellers.”

Soibel, the American-born daughter of Argentinian immigrants who had moved to St. Louis, pursued a doctorate in public diplomacy at Bar-Ilan University in Israel and left the program to work in research and Spanish media analysis at The Israel Project. She founded Fuente Latina in 2012.

Soibel emphasized that 60% of the survey respondents have a very or somewhat favorable opinion of Jews, compared with 9% who have a somewhat or very unfavorable opinion. The rest of the sample either didn’t have an opinion on the question, or didn’t answer it.

However, where the American Jewish community is trying to convey certain messages to the broader public — such as the rise in antisemitism, or the nuances of the Israeli-Palestinian conflict — it is producing content that speaks more to Jewish audiences than to non-Jewish ones, Soibel said.

The focus groups revealed that discrimination against Jews is not considered a “major problem,” especially when compared to other minority groups, because Jews are a religious and not racial group, and racially Jews are viewed as either white or “white-passing.”

“We need to do a better job of communicating our diversity,” Soibel said. “It’s not that they hate us, it’s that they don’t know us.”

The study tested video content that attempted to draw attention to the rise in antisemitism, finding that it was sometimes counterproductive, irritating participants who bristled at attempts to compare or conflate discrimination against Jews with that experienced by other minorities. While 94% of the survey respondents agreed with the statement that discrimination is a serious problem, a substantial majority of 63% said that Blacks face the most discrimination.

When asked who faces the least discrimination, the largest group, at 28%, said Jews do; 17% said Asian Americans. Of the 28% who identified Jews as the group that’s least discriminated against, 39% said Jews aren’t a minority, because they are white.

The focus groups revealed that the respondents were generally ignorant of and indifferent to the Israeli-Palestinian conflict, but those that did have an opinion sympathized with the Palestinians and expressed a sense of fatigue and hopelessness about the possibility of a solution. Focus group participants found pro-Palestinian video and written content more persuasive than pro-Israel content.

According to the survey, this demographic largely recognizes the claims of both groups. Of the respondents, 46% had a favorable or very favorable opinion of Israel; 43% felt that way about “Palestine.” When asked about whether they had a favorable or very favorable opinion of Israelis and Palestinians as people, the split was similar: 53% compared with 50%. Only about half of the respondents said they “sided” with either Israel or “Palestine,” with 28% aligning with Israel and 26% with “Palestine.” The rest either said they sided with neither — 26% — or didn’t know, at 20%.

The report concludes with recommendations for both the broader Jewish community and Fuente Latina — to offer non-Jewish media consumers greater context about antisemitism and Israel by embedding it in personal stories.

“The study underlines how bad actors have exploited social media to tell their twisted version of our story to this influential audience. It’s time we started telling our own story with our own authentic storytellers,” Soibel said.

Fuente Latina plans to start implementing this recommendation before the end of the year when it does a soft launch of a new product, “Activista Media.” Activista’s content will be disseminated primarily on social media platforms. It will target users who are under 35 and Hispanic to educate them about the Jewish community, antisemitism and Israel, in part by offering longer-form stories told by young Jews of Color, especially women.

The report also suggests that producers of pro-Israel content are not sufficiently differentiating between different audiences; the terms “Zionism” and “BDS” are being used in material intended for audiences that don’t know what they mean. The study’s authors also recommend that Jews be sensitive to the perception that they are co-opting other groups’ terminology, or comparing antisemitism to other types of discrimination.

“The priority is to familiarize non-Jews with Jews: Who we are, and what is the hate that targets us? How does it manifest itself?” Soibel said.