In today’s hyper partisan world, our 110-year-old movement is more relevant than ever.

It is 1975. I am 18 years old and having Shabbat dinner in the home of a lively Moroccan family in Nazareth Illit, Israel. I have just completed the first two months of Young Judaea’s Year Course (Machon section) and my ability to speak Hebrew is minimal. We had just finished studying the differences between Mizrahi and Ashkenazi communities in the classroom, and now each member of our program went to stay for a weekend with Mizrachi families in development towns. Spending an immersive weekend with a non-English speaking Moroccan/Israeli family was an experience I recall and reflect on to this day, 46 years later. During that weekend, the family took me in as one of their own. My Hebrew improved more in three days than in an entire semester of Ulpan. Over the weekend, I found myself comparing this family’s Judaism and Zionism with my own. My 18-year-old understanding of Israel, Judaism, and community were challenged in fundamental ways (my host family was adamantly anti-Golda Meir), and reinforced in other ways, (their love of Israel was deep and their warmth was overflowing). I was way out of my comfort zone, which is where profound learning takes place. To me, this experience is at the core of Young Judaea’s educational philosophy. Young Judaea is built on placing kids in experiential situations where they can learn, explore, and push the boundaries of who they are as Jews, and as people.

I, along with my two brothers, became involved with Young Judaea in high school. We were originally encouraged to join by our parents as a way to explore our Jewish identity and make friends, and I quickly found myself enjoying the program. The experiences gave me the feeling of being part of something larger than myself. Eventually, I became regional Mazkir of the Upper NY Region, a leadership role within Young Judaea that involves planning local events for teens. After that I then went on to attend Camp Tel Yehudah for three summers and later traveled to Israel on Year Course. 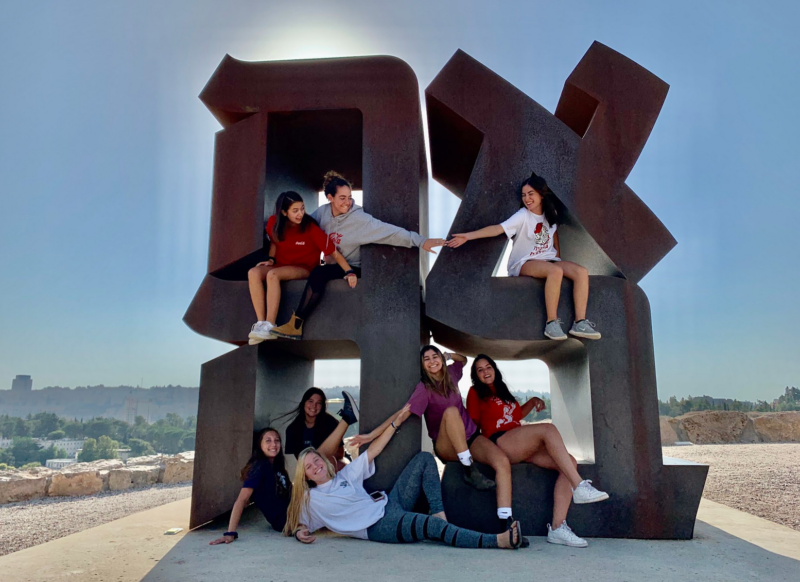 After college my girlfriend (now wife) and I made Aliyah and moved to Rehovot, Israel. Five years later we moved back to the States for career and family reasons and settled in Minneapolis where I pursued a career in the Medical Device field. In Minneapolis, I was actively involved in the Jewish community but my involvement with Young Judaea was mainly through my children, nieces and nephews who each attended Young Judaea’s summer camps and went on Year Course in Israel. I remained on the outskirts of the organization, only observing its impact through the next generation.

It wasn’t until 2011, 25 years later, that my personal involvement with Young Judaea picked back up. The organization was moving towards independence from Hadassah at the time, and I joined a group of Judaean alumni to envision what the Young Judaea of the future would look like. During those early gatherings I found myself being transported back to my time as regional Mazkir, my summers at camp, and my time exploring Israel as an 18 year old. I found myself asking, why is Young Judaea so special and how do we need to shape it to be relevant and impactful in the decades to come? As Young Judaea adapts to the rapidly changing world, our core values are more important than ever; Clal Yisrael (engaging all Jews regardless of background), Pluralism, Social Action and Love of Israel. These are the values that bind us and are cemented through the immersive educational experiences that encourage our youth to wrestle with the real challenges facing the Jewish world. As a result, Young Judaeans develop a passion for and a lifelong connection with Israel and Judaism. Experiences like the one I had in Nazareth Illit in 1975 are still happening today for thousands of kids on Young Judaea’s Israel programs and our summer camps. In today’s hyper partisan world, our 110-year-old movement is more relevant than ever.

Mike Berman is the Chair of the Board Of Young Judaea Global and resides in Tel Aviv.