Gap-year experiences have benefits that could make a difference for so many more young Jewish people in the United States and beyond.

After 13 years of schooling, Benji stepped beyond the watchful eye of his family and ventured off to a year in Israel, far beyond the 10-kilometer radius in Sydney, Australia, where he had spent most of his life. He still remembers the butterflies in his stomach, the emotional rendition of the “Hatikvah” at the airport and the squeeze of his parents as they bid him farewell on his gap year with Bnei Akiva, the Religious Zioinist youth movement. The year was filled with a mix of kibbutz life and army experience, yeshiva and hikes, leadership seminars and inspirational encounters. Today, Benji lives with his four children in the neighborhood where he once spent free weekends. The year showed him what meaning and purpose could feel like and launched his Jewish journey as a young adult. Among the other alumni from his gap year, many made aliyah and today contribute to Israeli society, others give in their communities around the world.

A few years before Benji’s journey, Michael had his own transformative experience taking a gap year. He had been raised in a small Swiss town which rarely had a quorum of religious Jews and suddenly, was exposed for the very first time to the diversity of Jewish life. He remains truly grateful for that opportunity. 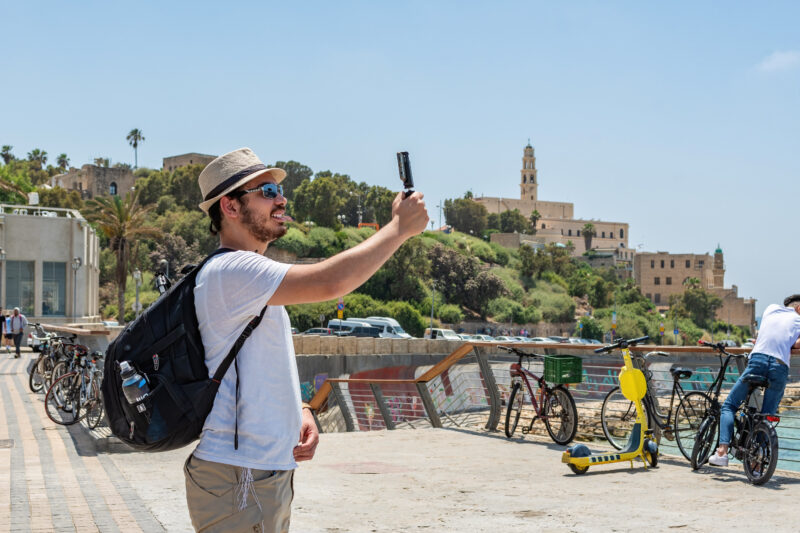 Gap-year experiences have benefits that could make a difference for so many more young Jewish people in the United States and beyond.

Over the past few months, our team at Israel Impact Partners engaged in research of Israel gap-year programs on behalf of the JCRIF Funders. We analyzed the current landscape, identified drivers for growth, reasons for stagnation, spent much time brainstorming and detailing solutions and, in collaboration with the funders, formulated plans of action toward increasing the number of students in such programs.

Gap years are simultaneously crucial for the Jewish community and the Jewish individual. According to the Gap Year Association in the U.S., a 2020 survey of 1,200 gap-year program alumni reported that cultural awareness, communication and self-direction are the top skills they improved.

We focused on Israel programs open to 18- and 19-year-old American Jews and interviewed foundation and field professionals, thought leaders, participants and alumni. Long-term Israel experiences have been around for decades but today, the landscape of long-term Israel programs is different. Diaspora-Israel relations have shifted, largely impacted by socio-political values and changing interests and needs of a new generation of Jews. Key motivating factors for Gen-Z young adults to join a gap year include the desire for personal growth and development and an interest to travel the world. In response, many gap year programs are transitioning from more generic Israel encounters to more specialized, internationally diverse designs filled with internships in Israeli companies or specialized topics of interest (such as social action, technology and environmental sustainability).

Looking at data from recent years, every year, approximately 4,000 North American Jews (ages 18-19) come to Israel for their gap year. More than two-thirds attend a yeshiva or seminary (which were outside of the scope of our Israel Impact Partners’ study). Others attend through youth organizations, educational tourism, academic institutions or specialized nonprofits. Programs are usually cohort-based with various core experiences (such as volunteering, studying, interning) and classic components including ulpan and Israel learning seminars. Most fall under the MASA Israel Journey umbrella, a project of the Israeli Prime Minister’s Office and the Jewish Agency, that invests in growing the field of Israel-immersion experiences and creating offerings to meet the interests and needs of young adults.

A more recent ImpactNPO study of 2,433 young Jewish adults commissioned by MASA reveals that long-term programs in Israel can transform even those who are largely unengaged from Jewish life into deeply integrated community members with local and international impact. Among gap-year alumni, 80% responded that being Jewish is an important part of their life, compared to 36% of those surveyed who did not attend a gap year.

Based on survey results, immersive long-term programs in Israel may be the most effective tool at our disposal to positively impact a person’s connection to Israel, Judaism and the Jewish community. This, in turn, can ensure Jewish continuity and engagement.

Acknowledging the self-selection bias and need for better data, these numbers paint an important picture and we believe more evaluation and analysis around this space would be valuable. While gap-year programs are transformational experiences, the significant majority of Jewish high school graduates do not even entertain the idea of a gap year. There are around 21,000 Jewish 18-year-olds living in the U.S. who would not consider themselves to be religious Jews. The average number of this population that participates in a gap year in Israel (not seminary or yeshiva) each year is less than 5% of that cohort.

There are a number of barriers to engagement. The COVID-19 year (2020-2021) sparked significantly higher interest, with a 47% increase in North American participation compared to the previous year, due to college deferral, alternatives to remote learning and the accessibility of Israeli visas made possible by MASA’s important work. However, as of last year, registration numbers seemed to be closer to pre-COVID figures.

The more complex barrier to gap year engagement is how Israel and Jewish peoplehood have become less relevant motivators for many Gen-Z Americans. Around half (51.5%) of Jewish young adults in the U.S. do not feel an affiliation with Israel or with the Jewish people (Pew Research Center, Jewish Americans in 2020). And the recent election’s results do not help this trend.

The untapped potential of gap-year participation in Israel is huge. Reinvigorating gap-year programs will require a shift achieved through both pull and push factors. Gap-year programs must be supported to distinguish themselves in the market, and find their niche to capture young adult interest. Among the catalysts for encouraging participation can be a focus on professional development in programming (including internships and rigorous academic advancement for students), improved branding and awareness and better referral systems. Feeder programs such as summer camps, schools, synagogues, youth movements, summer camps and others might lead to greater interest in an Israel gap year as a capstone experience.

Individual communities can also take ownership to encourage and incentivize gap-year participation, like Atlanta’s JumpSpark program funded by the Zalik Foundation, which promoted such a campaign to engage that city’s young adults. Numbers doubled and continue to grow exponentially, with 56% of those families saying their child would not have been able to go on a gap-year without the support.

If we want to educate and inspire a maturing generation of Jewish Gen-Z adults, we have an opportunity to reinvigorate the decades-old gap-year program structure and reimagine it for the needs and interests of today and tomorrow. Our team at Israel Impact Partners is building upon our foundational research insights to help communities, philanthropies and programs increase participation, engagement and impact of the gap-year programs.

We know that, in the long term, the impacts of living and learning in Israel will have a far-reaching positive effect on the individual and collective identities of global Jewry. And this is needed now more than ever.

Rabbi Dr. Benji Levy is the former CEO of Mosaic United and dean of Moriah College. Michael Bloch is a former senior partner at McKinsey & Company. Together they founded Israel Impact Partners: Israel-Impact.com