In the big picture, our classrooms are increasingly caught in the culture wars between the right and the left. The impact of this on the Jewish community varies from place to place, but in far too many cases we have seen Jewish perspectives erased or anti-Jewish content actively promoted in public education.

As a Cuban American Jew who spent nearly two decades working on federal education and public history initiatives to reach diverse and underserved communities, I have observed what is happening in K-12 public schools with growing concern.

In the big picture, our classrooms are increasingly caught in the culture wars between the right and the left. The impact of this on the Jewish community varies from place to place, but in far too many cases we have seen Jewish perspectives erased or anti-Jewish content actively promoted in public education. One example was the first draft of California’s Ethnic Studies Model Curriculum (ESMC) — an important effort to fight racism that was twisted into a platform for antisemitism, anti-Israel narratives and other forms of bias. In its initial review, The Los Angeles Times editorial board said the proposed curriculum seemed to be “more about imposing predigested political views on students than about widening their perspectives.” 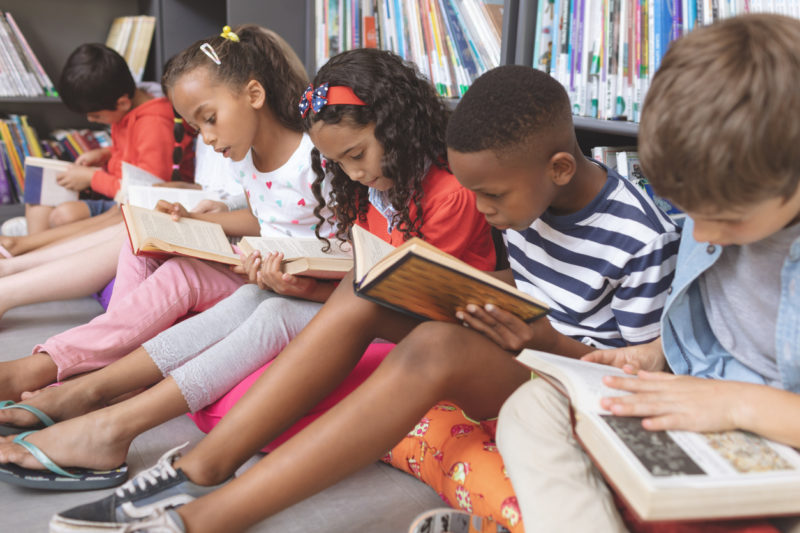 Now, the authors and supporters of that toxic first draft have launched a national coalition to promote a similar approach in public schools all over the country. As such, Jews and non-Jews must take action to protect our children from institutionalized bigotry and bias.

While California’s ESMC was revised over the course of two years, the writers of the first draft formed their own organization called Liberated Ethnic Studies Model Curriculum Institute (LESMC). The leadership of LESMC has smeared the Anti-Defamation League – the largest organization dedicated to fighting antisemitism – as a “white supremacist” group. Their website went further, attacking Jewish community relations councils and the Simon Wiesenthal Center. LESMC promotes the false narrative that Zionism is a “colonial ideology,” erasing 3,000 years of the Jewish people’s history in their ancestral home.

This problem is no longer confined to California. In January 2022, LESMC and like-minded organizations announced a National Liberated Ethnic Studies Coalition (NLESC) dedicated to “fighting for liberated ethnic studies curricula” across the country. The members of the coalition already work both nationally and regionally in states such as California, Washington, Texas, Minnesota and Massachusetts. Three (out of eleven) are groups whose main focus is promoting agendas such as the Boycott, Divestment, and Sanctions (BDS) movement, which aims to end Israel’s existence as a Jewish state. The executive director of one of these groups, the Arab Resource and Organizing Center, is on record saying that “bringing down Israel really will benefit everyone in the world.” She is also a faculty member at the San Francisco State University College of Ethnic Studies, an institution that is training future teachers of this subject in our public schools. Furthermore, many of the same groups trying to exploit K-12 ethnic studies to promote hatred and bias are also pushing local, state and national teacher’s unions to adopt similar stances.

We are already seeing conflicts play out in communities across California, like Castro Valley Unified School District, where LESMC was last month awarded a contract to train teachers. Members of the local Jewish community were shut out by the school board and superintendent before the contract was approved. Jewish leaders, parents and students attended a board meeting to voice their concerns, but were disregarded as the contract was approved unanimously. It is likely that the district paid for at least part of this contract using state funds.

These challenges are not happening in a vacuum and should not be taken lightly. Rates of antisemitic crimes and incidents have skyrocketed, especially during the latest war between Israel and Hamas. This hatred grows partly due to widespread ignorance among young people about all things related to the Jewish community, from Jewish identity, history and diversity to antisemitism, Israel and Zionism.

Ethnic studies could be part of the solution, but that won’t happen if our schools adopt the “liberated” approach. Instead, it is much more likely that Jews will be caricatured as strictly a privileged white religious group, rather than a diverse ethnic minority facing rising bigotry across the political spectrum. Students will not learn about how white supremacists are often motivated by antisemitism and clearly define Jews as not white. Instead, misleading and false claims will tie racial injustice in the U.S. to the Israeli-Palestinian conflict, shamefully exploiting sources of pain and division in our society to demonize Israel, Zionism and American Jewish groups. This would inevitably create hostile learning environments for countless Jewish students in K-12 public schools.

While there have been widespread and justified efforts to address the bias and hate Jewish students face on far too many college campuses, K-12 education has been neglected by comparison. That must change now.

Parents, students, educators and leaders need to come together in a meaningful, organized way to ensure that ethnic studies courses are thoughtful, inclusive and balanced. In most cases, that starts with engaging local school board members, administrators and social studies teachers, and building positive relationships. There is already a growing set of resources available to help anyone who wants to get involved.

Schools have a legal and moral obligation to ensure that every student feels safe and welcome, and all of us can play a role in making that happen.  However, the harsh reality is that if we do not stop “liberated” ethnic studies in its tracks, we will live in a world of institutionalized antisemitism and anti-Israel bias in public schools all over the country. It’s time to fight for our communities and the future our kids deserve.

Ida R. Eblinger Kelley is senior advisor at StandWithUs, an education organization that combats antisemitism and supports Israel. She is a retired non-partisan federal communications and outreach executive in education, health care and public history in Washington, D.C. and Orange County, Calif., where she currently resides. As a child of Cuban-Jewish immigrants, she dedicated her career to empowering parents, students and marginalized communities and became one of the few Latinos to reach the highest civil service rank.