An alumni couple who live in the small-town South made five-year, $1 million gift 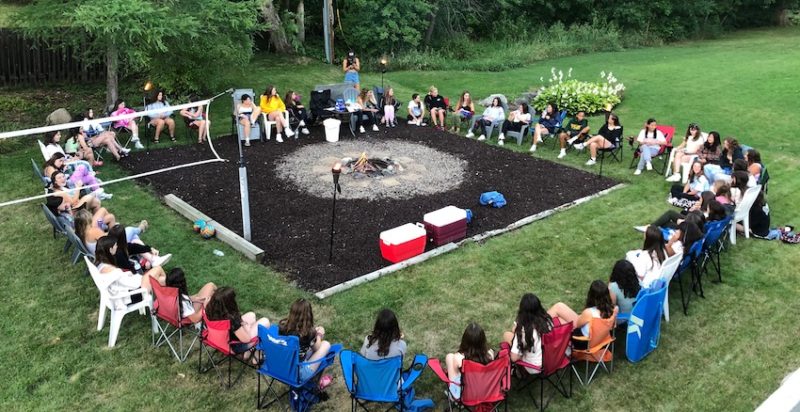 A couple who met through BBYO, the non-denominational Jewish youth group, has made a $1 million donation to the organization to enable it to better reach teens in “small, rural and outlying communities,” Samantha Sisisky, BBYO’s senior director of philanthropic engagement, told eJewishPhilanthropy.

Lewis and Sandy Schneider met in 1965 as teens growing up in the Washington, D.C., area, today the sixth-largest Jewish population center in the United States, with a community of almost 300,000 people.

“As a teenager, BBYO became my lifeline,” Lewis Schneider said. “I participated in BBYO to help me grow up.”

The Schneiders now live in Savannah, Ga. As longtime supporters of BBYO who wanted to make a larger gift, they decided they wanted to make the youth group’s benefits accessible to a broader population.

“They went from living in a large metropolitan Jewish community to a smaller one, so they’ve had both experiences,” Sisisky said.

BBYO has its roots in a social and service group for young men founded in Omaha in 1923. It was taken under the auspices of B’nai B’rith International, which founded a parallel group for young women. BBYO became independent from B’nai B’rith in 2002 and hired its current executive director, Matthew Grossman, in 2004. It now reaches more than 70,000 teens in almost 60 countries, offering such programming as leadership training, social events, camps and travel and, during the pandemic, a digital platform — “BBYO On Demand.”

In 2020, BBYO had revenue of about $35 million, including almost $20 million from contributions.

The center created its own youth program, funded by the Robert & Toni Bader Charitable Foundation, for about 60 teens ages 14 to 18, many of whose families can’t afford youth group dues or the travel associated with participation.

In a non-pandemic year, the program hosts five events that feature Jewish learning and social activities that are facilitated by Colby College students and rabbinical students.

“This is a network where these teens all share the experience of being the ‘only one,’” Isaacs said, meaning the only Jewish kid in their town or school.

BBYO hasn’t yet selected the new communities it will enter as a result of the Schneiders’ support, and doesn’t yet know how many it will target, Sisisky said.

The grant, which will be disbursed over five years, funded the hiring of Max Hendrix, a former BBYO regional director in Minnesota, to manage the program. Hendrix himself grew up in a small Jewish community of fewer than 100 families and as a BBYO member helped grow its presence in Minnesota from 10 teens in one chapter to 170 teens in three chapters.

It will also support the participation of the new chapter members in BBYO’s summer and international programs.

“They’ll get connected to the larger movement, and then they’ll come back and become local leaders,” Sisisky said.

The selection process will be a careful one, in partnership with local synagogues, federations and JCCs, to make sure the communities will be able to sustain a new BBYO chapter once launched, Sisisky said.

“It’s kids in small towns and rural areas that need those experiences the most,” Isaacs said.