On the ground in Israel, activists are coping first with emergency needs 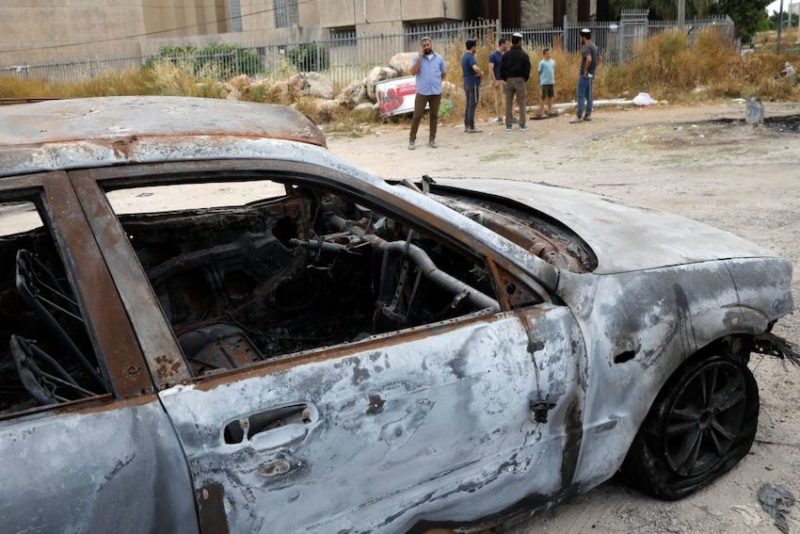 Israelis gather near a car burned during the recent intra-communal violence between Arab and Jewish Israelis in the Israeli Arab city of Lod near Tel Aviv, on May 23, 2021.

Only two months ago, American Jewish philanthropists had reason to feel optimistic about a shared Jewish-Arab future inside Israel.

Yossi Klein Halevi, the American-born author and journalist, told attendees at the Jewish Funders Network’s (JFN) annual conference in mid-March that the coronavirus pandemic, in which Israeli Arab and Jewish medical professionals worked together to fight the virus, marked a new era of coexistence within Israel.

Yet during a recent 11-day conflict between Israel and Hamas, rioting between Arabs and Jews destroyed neighborhoods in East Jerusalem and in several mixed towns, such as Lod and Akko. The donors who back coexistence efforts are working first to understand what has happened before deciding what to do next, even as they try to support their grantees — in some cases with emergency funds.

“There is progress that has been made over the last 20 years,” said Joshua Arnow, co-chair of JFN’s Social Venture Fund for Jewish-Arab Equality and Shared Society, a 21-member collaborative that includes both individuals like Arnow, foundations such as the Alan B. Slifka Foundation, and the Morningstar Foundation, as well as several local federations. “I’ve been told by people in the Arab community who are in NGO [non-governmental organization] leadership roles that there is a foundation of shared society work that has not crumbled,” Arnow added.

That progress, however, is under stress, he noted. In some places, it has been undermined.

“We were in a very different place two weeks ago,” said Avital Blonder, CEO of Jindas, which works to promote social mobility in Lod, a mixed Jewish and Arab city of about 80,000 people near Tel Aviv that was the site of intense rioting, by developing affordable housing and social services. “We went back 10 years in creating a shared society.”

Both Blonder and Daniel Hasson, the director of the Jerusalem Intercultural Center, whose mission is to encourage Israelis and Palestinians in East Jerusalem to participate in civil society, said donors had reached out to them directly to express concern and encouragement.

“Grantees need to know that we’re here for the long haul,” Arnow said.

Hasson mentioned the Leichtag Foundation, based in Southern California, as a donor that sent a strong message of support by dispatching a professional to Israel — Charlene Seidle, its executive vice president.

“That was more than a symbolic gesture,” Hasson said.

Seidle described the last few weeks as “difficult,” but said the foundation is “more steadfastly committed than ever” to its programs, which support workforce development efforts among both Haredi Jews and Palestinians in Jerusalem.

Blonder said she was heartened by a Zoom meeting at which more than 60 supporters participated — a number far higher than the 10 she’d expected.

Some donors have released emergency funds that Jindas has used to evacuate people from the riots in addition to providing food and, in the next few weeks, therapists who will try to mitigate the trauma wrought by riots, Blonder said.

Hasson said he expects two of his organization’s foundation supporters to call for proposals, and that others have helpfully simplified their application processes.

Jindas’ staff has already drawn some insights from the violence in Lod, Blonder said — they plan to focus more on young people in addition to children and families, and to invest more in lay leaders who can help the community recover.

“When young people don’t see a future, and feel they have nothing to lose, that’s when things start to burn,” she said.

The crisis might help funders refine their strategies, as well, Arnow said, emphasizing that the Social Venture Fund is most focused right now on learning from people on the ground.

“We’re really trying to understand the complex situation that’s unfolding there,” he said.