A resident and an alien

A tale of three cities: Boston, Haifa, Dnipro …the universal and particular in Jewish life

Even in our own land we can be both a resident responsible for the well being of our nation and our fellow citizens in the real world and an alien, answerable to a covenant made by a lonely wanderer with an unknown and unknowable God.

An ideological divide seems to run through the heart of the American Jewish community. On one side the particularists who insist that Jewish survival requires greater emphasis on the particular priorities of Jewish life, saving Jews and saving Judaism, Jewish rescue in lands where Jews are in danger, the fight against antisemitism and support for Israel, Jewish culture and Jewish learning. On the other side, universalists who claim that Jewish life is all about “tikkun olam,” being a good person and making the world a better place, and advocacy for the poor and dispossessed. In the end our Jewish community needs to affirm the centrality of both. Understanding this duality is essential to understanding ourselves and the nature of our dual identity bound by two different covenantal experiences.

Rav Soloveitchik once wrote, “We are members of an enigmatic covenantal community which was formed with our ancestor Abraham.” 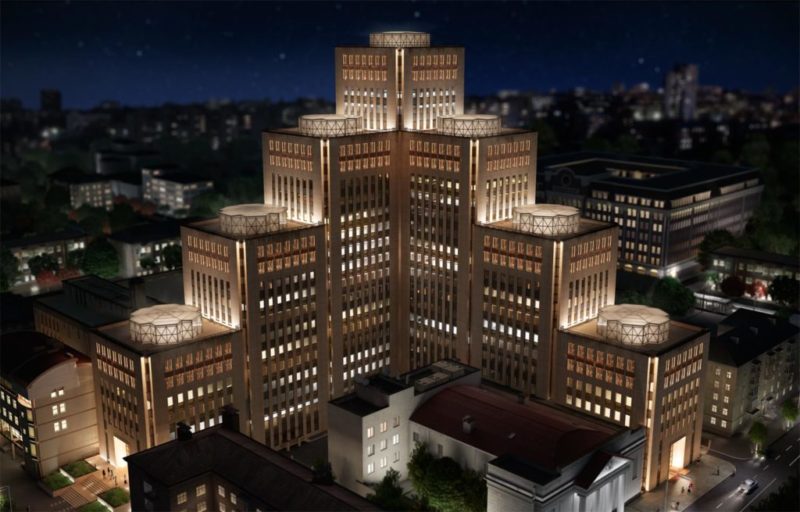 Who was Abraham? What is this “enigmatic covenant” and what can Abraham’s life teach us as we face the challenges of Jewish existence in the 21st century?

Rav Soloveitchik differentiates the two covenants that define our existence as a Jewish people. The first is the “enigmatic covenant” with Abraham — the Patriarchic Covenant — which seems to require nothing but brit milah — circumcision. The second is the clear legal contract at Sinai, which requires and commands everything else.

The Patriarchic Covenant apparently imparts teachings to the Jewish people by example rather than by prescription. While the Sinaitic Covenant tells the Jew what to do and how to act as a member of the covenantal community, the Patriarchic Covenant addresses the “I” awareness of the Jew, teaching him how to experience his Jewishness. It sensitizes him in specifically Jewish ways; it expresses attitudes, ideals, and sentiments, which still speak to us. It guides our feelings and consciousness rather than our physical acts, for we are duty-bound not only to act as Jews, but to feel as Jews.

In Chayei Sarah, we learn something about the attitudes, ideals and sentiments of Abraham: (Genesis: 23:3-9)

Abraham rose up from the presence of his dead, and spoke to the children of Heth, saying: “I am an alien and a resident among you; grant me an estate for a burial site with you, that I may bury my dead from before me.”

And the children of Heth answered Abraham, saying to him: “Hear us my lord: You are a prince of God in our midst, in the choicest of our burial places bury your dead, any of us will not withhold his burial place from you, from burying your dead.”

Then Abraham rose up and bowed down to the members of the council, to the children of Heth. He spoke to them saying: “If it is truly your will to bury my dead from before me, heed me, and intercede for me with Ephron son of Zohar. Let him grant me the Cave of Machpelah which is his, on the edge of his field; let him grant it to me for its full price, in your midst, as an estate for a burial site.”

First Abraham cryptically announces that he is “an alien and a resident” among them, though he has been declared the legal owner of the whole land of Israel by God. And though the Council of Heth acknowledges him as a Prince of God he acts with the utmost humility and treats his neighbors with complete respect and courtesy . . . Not because he fears them but as Rav Soloveitchik makes clear, because he respects them as fellow human beings created b’tzelem Elokim, in the image of God.

If Chayei Sarah teaches us about Abraham as a good neighbor with universal concerns, other parts of the Torah teach us more about his particular concerns. His concern about his children and their education, his devotion to his particularistic God, all the things that differentiate him from the “People of the Land.” With regard to his spiritual heritage, Abraham remains an alien with a particularistic faith. But with regard to the needs of his fellow creatures he is a resident. As the Rav puts it, the sectarian faith he was propounding “did not preclude his commitment to further the welfare of the general society.” Indeed, the Partriarchic Covenant would seem to require it.

Dnepropetrovsk, is a Ukrainian city with about 70,000 Jews.

In 1987, many of us participated in the March on Washington for Soviet Jewry. In 1987, there was no organized Jewish community in Dnepropetrovsk. No women’s clinic; no day school; no children’s clinic; no services for developmentally disabled children; no real synagogue life; no Jewish orphanage; no Jewish big brothers and big sisters; no Jewish chorus with the smiling faces of ribbon bedecked beautiful elderly Jews.

Somehow, starting with the blood, sweat and tears of Rabbi Kaminetsky, a Chabad rabbi who came about twenty years ago, a real Jewish community has developed in this isolated city in Ukraine with 700 day school children, new human services, thousands of hot lunch programs for Jews and medical clinics created with the help of CJP and our own Boston medical community. And when we asked Rabbi Kaminetsky whether the clinics should serve all Ukrainians or just Jews, he said, “Epidemics don’t know the difference between Jews and Gentiles.” In his day school, Rabbi Kaminetsky teaches Judaism; in our clinics he treats the people of the land with dignity and respect.

Dr. Igor Makedansky is a pediatric surgeon in Dnepropetrovsk and one of the many doctors, mostly non-Jews, who our own doctors Ben Sachs and David Link of blessed memory brought to Boston. He came to Boston for training at the Children’s Hospital and the Harvard Medical School.

When we visit Dnieprepetrovsk, Igor reports that the techniques that he brought back from Boston had reduced the post-surgical infection rate for babies from 90% to 10%. Over 100 lives saved in less than a year. Jewish babies and Ukrainian babies.

But there’s more — Igor who believed he was completely Ukrainian attended a seder while staying with David Link two years ago. He sat quietly and in the middle of the Seder ran out of the room — visibly shaken. Later he explained to David that when he was a child, each spring his grandmother had taken a very old, carefully wrapped object from a drawer and told him simply . . . “always remember this.” It was not until that evening at the seder that he realized what it really was — a matzoh — and who he really is. A resident and an alien.

In 2000 terrible violence broke out in Israel at the end of Sukkot.

The most frightening part of the violence for most Israelis was rioting by Israel’s own Arab citizens. The rioting and the deaths of 12 Israeli Arab citizens caused some real soul searching on the part of Israelis.

But in Haifa, there were demonstrations but no riots and no deaths. In Haifa, Mayor Amram Mitzna did not send the police to confront the demonstrators. He went himself, without the police, unarmed but accompanied by the Israeli Arab political leaders he had worked with over the years. In Haifa the mob turned back and peace was restored.

In Haifa, Amram Mitzna came to the “people of the land” with respect and dignity and humility. He walked in the path of Abraham and it made a real difference.

In Ukraine, facing fearful odds, Volodymyr Zelensky, a proud Ukrainian who never forgot that he was also a Jew, a grandchild of a Holocaust survivor, leads his nation and inspires the world in the spirit of Abraham…a resident and an alien.

Even in our own land we can be both a resident responsible for the well being of our nation and our fellow citizens in the real world and an alien, answerable to a covenant made by a lonely wanderer with an unknown and unknowable God.

“We are members of an enigmatic covenantal community which was formed with our ancestor Abraham.”

Barry Shrage is a community engagement consultant for the American Society of the University of Haifa (ASUH). He served as president of CJP, Greater Boston’s Jewish Federation, from 1987 to 2017. He is now professor of the practice in the Hornstein Program and the Center for Modern Jewish Studies at Brandeis University.