David Aronov is part of a team that aims to coordinate UJA’s grassroots relationships with the city’s increasingly diverse Jewish communities. 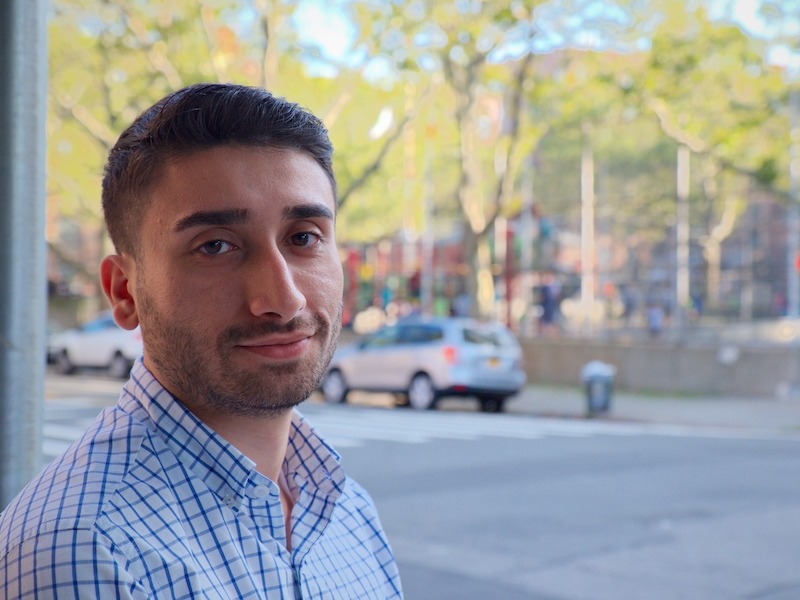 David Aronov, 25, has spent most of his fledgling career trying to rise through the ranks of local politics in Queens, New York, and represent his native Bukharian Jewish community.

He began working for former Democratic City Councilwoman Karen Koslowitz in the 29th City Council District a decade ago, as a teenager. Last year, he unsuccessfully ran for her seat, finishing third in the first round of the Democratic primary.

Now, Aronov is setting aside politics for a different kind of communal service: as UJA-Federation of New York’s first full-time employee tasked with acting as a liaison to the city’s Bukharian Jews. As special advisor for community and external relations, Aronov will coordinate with local Jewish institutions and build relationships with the community, as well as with the borough’s Ashkenazi Jews.

“I [see] this role as a blend of my life’s work thus far,” Aronov told eJewishPhilanthropy. “I have been very active in local government and politics, but at the same time doing a lot of community relations…bridging the divide between different communities.”

Aronov’s hire is part of a UJA-Federation initiative launched in 2018 called “Community Mobilizers,” which aims to coordinate UJA’s grassroots relationships with the city’s increasingly diverse Jewish communities. He’s joining a team with employees already stationed in Brooklyn, as well as the suburban areas of Westchester and Long Island.

“The New York Jewish community, and the New York community writ large, is increasingly hyperlocal,” said Hindy Poupko, deputy chief planning officer at UJA, who oversees the team’s work. “The needs of one neighborhood to the next can be fundamentally different from one another.”

Bukharian Jews largely immigrated to the U.S. from Central Asia in the 1990s, following the collapse of the Soviet Union. Aronov’s parents arrived from Uzbekistan. The Bukharian Russian-speaking community, which is culturally distinct from Russian-speaking Jews who hail from Eastern Europe, is concentrated in the central Queens neighborhoods of Rego Park, Kew Gardens and Forest Hills, and numbers roughly 60,000, according to community leaders. In his political work, Aronov has tried to counter stereotypes that paint Bukharians as rich and ostentatious. In fact, UJA’s 2011 Jewish community study found that Queens’ Bukharian areas were among the seven poorest Jewish communities in the New York City area.

In recent years, UJA-Federation has supported local organizations in Queens such as Common Point, a Queens Jewish community center, and Chazaq, a Bukharian Jewish outreach organization. Most recently, UJA worked to raise awareness about the 2020 Census and COVID-19 vaccine access in the borough, and aided in the renovation of the $17 million Silver Hub, a social service center that addresses poverty and food insecurity.

That work makes Aronov’s hire even more important as UJA’s local point person, Poupko said. But she said it was premature to talk about specific plans for Queens now that Aronov is on board. Poupko added that UJA intends to devote more funding to Queens in its 2023 budget, which hasn’t yet been finalized.

“If we already knew exactly what we should be doing more of, or differently, in Queens, we would do it ourselves,” she said. “We’re hiring David…because we realize that individuals deeply rooted in communities are best positioned to help UJA identify who else we need to be working with, and where else.”

Aronov’s role is a two-way street: As he does outreach for the federation, he is also helping the organization understand how to better engage the Bukharian community. Though he’s been on the job for only a week, he already knows what community issues he wants to focus on: Jews in Queens have struggled with the opioid epidemic, mental health and domestic violence.

Bukharians are “traditional, they’re conservative,” Aronov said. “You really need somebody from that community to be a part of it and understand what’s going on on the inside.”

In a way, Aronov’s new job means he’s come full circle. He started in politics at age 15 with an internship at Councilwoman Koslowitz’s office that he obtained through the Bukharian Teen Lounge, a now-defunct program for young Bukharian Jews partially funded by UJA. UJA also supported the Bukharian Jewish Union, a young professional group for the community co-founded by Aronov. He’s also grateful for UJA’s current fundraising drive on behalf of Ukraine, another area of the former Soviet Union.

“UJA has been a part of my life since the beginning,” Aronov said. “I’m really proud and grateful to be working for a nonprofit that does incredible work throughout New York and across the world, especially now in Ukraine.”

Now, when it comes to building federation connections in Queens, Aronov is applying lessons he learned on the campaign trail. Helping the Bukharian community, he said, will require better coordination between UJA and “organizations that are doing great work on the ground.”

It’s important to “engage a broad, diverse coalition,” he said. “There are Jews from all different backgrounds that need to be engaged. He also wants to ”unite communities that don’t typically talk to one another. Let’s create that dialogue.”