The way we teach our kids about Israel is broken. Here’s how to fix it.

For a growing number of young people in North America, Israel has become virtually untouchable: The fear of being “canceled” for failing to take the “right” line on Israel is so great that most prefer to remain silent.

As we settle into the 2022-23 school year, conversations across the Jewish world and in the United States in particular are increasingly centered around how the Jewish community educates the younger generation about Israel.

In general, it has not been an upbeat conversation. In an era when Israel has become more and more polarized, our younger generation does not feel the same attachment that its predecessors do. Many younger Jews want nothing to do with the Jewish state — a state that their grandparents rightly regarded as a modern miracle. 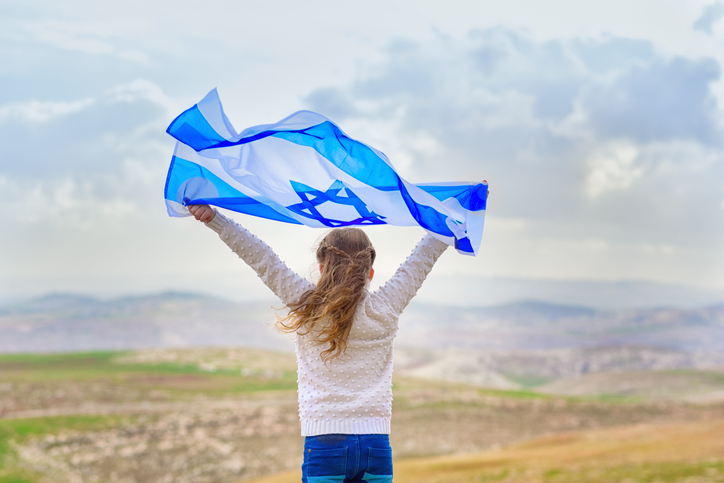 We know what we are looking at. In today’s environment, maintaining broad support for Israel can often feel like an uphill battle. This past August’s Operation Breaking Dawn [clashes between Israel and Hamas in Gaza] represented the latest reminder of the biased sources, from traditional media to social media, that comprise much of the foundation of what the younger generation knows about the Israeli-Palestinian conflict.

Even in forums where support for Israel previously seemed unconditional, that support can no longer be taken for granted. During the previous Gaza conflict in May 2021, dozens of American rabbinical students issued a public letter accusing Israel of “apartheid” and calling on their contemporaries to hold the Jewish state accountable for “violent suppression of human rights.” This letter expressed not one word of sympathy or solidarity for Israelis literally hiding in shelters as rockets fell on them. This letter represents just one manifestation of the growing division between American Jews and Israel.

For a growing number of young people in North America, Israel has become virtually untouchable: The fear of being “canceled” for failing to take the “right” line on Israel is so great that many prefer to remain silent.

Additionally, Jewish educational institutions feel there are “no-go” zones, topics they cannot discuss for fear of the push-back they will receive from parents, community-members, funders and other stakeholders for raising the topic or “talking politics in the classroom.” And they fear playing into the hands of those who hold Israel to double-standards or wish it harm.

In the face of this historic challenge, it would be understandable if those of us in the pro-Israel camp simply doubled- and tripled-down on what we have been doing: Repeating a simple narrowly self-interested narrative that either avoids the conflict altogether or highlights the Palestinians’ aggression and intransigence, lauds Israel’s achievements in fighting COVID-19 and protecting LGBTQ rights; and stressing the (very real), existential threat that Israel faces from Iran and other hostile forces.

Yet, at this crucial juncture, we need to be honest with ourselves: This strategy has failed. Indeed, it may even be contributing to the problem. By avoiding the conflict or promoting a single narrative, we have lost considerable credibility among young people — for whom the conflict is of central concern. And the vacuum we have left has been filled by others — for the most part, actors who are not interested in presenting Israel’s actions fairly or concerned about the wellbeing of Jews.

A new approach is called for. We need to teach the conflict with candor and in a way that does justice to its complexity. Those charged with educating our young need tools for exploring and considering the conflict knowledgeably, with understanding and with empathy. And we need to cultivate in the next generation the capacity to do the same. Genuine engagement with Israel requires telling students the full story of the country and region, including the history and worldviews of the Palestinians. If our students do not learn about the narratives with us, they will learn about it later — in college. We can be confident that the contexts in which they will learn on campus will not be friendly to Zionist perspectives, nor balanced. Honoring our young people’s intelligence and capacity for nuance, we believe, is what it means to be pro-Israel.

To this end, The Jewish Agency for Israel has been developing an educational program that addresses, indeed embraces, this challenge. Makom: The Israel Education Lab of The Jewish Agency, with generous support from the Jim Joseph Foundation, and in consultation with an advisory board of Jewish lay leaders from across the political spectrum, has developed Dreams of Others: A Seminar on the Israeli-Palestinian Conflict – an in-depth course that integrates education about the conflict in a Zionist but non-partisan manner.

Since 2019, over 100 educators have participated in an eight-part online version of the course. Participants were drawn from a wide array of Jewish backgrounds and settings, including Hillel, youth movements, congregational schools, day schools, Jewish camps and federations. Each session has featured a unique guest speaker: Israeli Jews and Palestinians of various orientations.

By stepping into the many different perspectives held by Israelis and Palestinians, learners and educators — many of them for the first time — come to appreciate the full humanity and complexity of the conflict, rather than a facile narrative of good vs. evil or powerful vs. the powerless. The course stresses the importance and facilitates open and honest conversations among participants with various political and religious orientations. As an evaluation conducted by Rosov Consulting showed, while these open conversations leave plenty of room for disagreement, educators left feeling energized by the civil discourse and eager to impart this new knowledge to their students.

In the coming months, Makom will run its first in-person, week-long version of the program. This pilot trip will be run for senior representatives from major organizations bringing young North American Jews to Israel — Birthright, RootOne, Masa Israel Journey and others — as well as potential future funders. In the spring, we will run our first pilot trip for educators. Participants will be exposed to the wide diversity of perspectives on the conflict. They will be invited to step into the various “worlds of meaning” different groups inhabit — their memories, dreams, aspirations and fears — and to develop the capacity to see their struggles from within.

Ultimately, the Jewish community faces a fundamental choice. We can keep doing what we are doing and hope that it will suddenly start working. Or we can face today’s reality and adjust our strategies to meet it. At The Jewish Agency, an organization that literally helped create the State of Israel, we see no choice but to pursue the latter strategy.